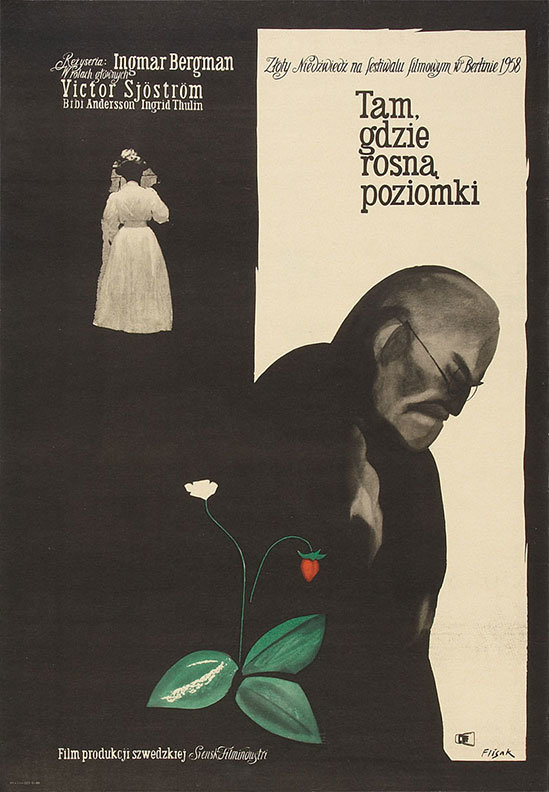 #6 in my Ranking of Bergman’s Best Films.

Wild Strawberries was one of the first Ingmar Bergman movies that I ever saw. I watched it for the first time about fifteen years ago, and I haven’t seen it since. It’s been a movie that I’ve always spoken very highly of, but also one that I’ve grown to remember less and less over the years.

Well, when my mother bought me the 39-movie collection of Ingmar Bergman films from the Criterion Collection, I decided that there was no way that I wasn’t going to go through every film, whether I’ve seen it or not, in the order that the collection recommends. It’s not a chronological order, but one designed to demonstrate the three major stages of Bergman’s career. Wild Strawberries is movie number four in the curated order.

Anyway, the story of Isak Borg taking the long way south to a ceremony in his honor is amazingly affecting. I see a lot of parallels to Kurosawa’s Ikiru in terms of theme and, to a lesser extent, tone. Considering that they were released only 5 years apart, it’s not hard to imagine that Kurosawa’s film influenced Bergman’s, if only indirectly. Reading what I have about the conception of Wild Strawberries, I’ve seen nothing to indicate as much.

However, there’s still a story of an old man, filled with regret, looking back over his life. In both films, the central characters decide to do something with their remaining years. It’s much more pronounced in Ikiru with the building of the playground, but Borg, as he looks back over his life and his failures as husband and father, also looks to the future, in particular, around his son and daughter-in-law. His regrets around the past he tries to mend by perhaps trying to mend the relationship troubles that his son and daughter-in-law are going through, a relationship that, he says, reminds him of his own loveless relationship with his deceased wife.

The film overall really is a balance between travelling backwards and forwards at the same time. There’s a literal travel forward as Borg drives south towards what little there is of his own future, as well as the future of his line manifested in his son, but there’s also the travel backwards, where he stops the care to visit the house where his family spent their summers in his childhood. He sees scenes that he never actually witnessed (where he’s described as being on the other side of the lake), and what he sees are bright and pristinely white portraits of life at the time. This flashback contains a bright almost theatricality that creates an unreality around the action, which is appropriate since Borg is inventing the whole thing (or living out an invention he’s previously created). He also visits his mother where he finds an old picture of him and the brother who stole his childhood love away from him, a relationship that produced several children in juxtaposition to Borg’s single (potentially unwanted, and most likely illegitimate) child.

It is this dual journey, including the dueling back and forth between two young suitors both fighting for Bibi Anderson (one a minister in training and the other a doctor in training) about the nature and existence of God, which Borg just watches with detached bemusement. The only thing that ends up allowing the two young men to set aside their differences is when the three youths decide to honor Borg and his lifetime of work. And here, I think, is the key to the message of the film. Borg is unsatisfied with his life because he never loved his wife and was cruelly disciplinarian to his son. He was dedicated to his work (despite having obvious concerns about his ability in that regard through a late dream sequence) instead of his family, and when he falls to sleep in his son’s guest bedroom, he has just seen his son and daughter-in-law reconciled and dreamed of seeing his own mother and father at that isolated house in the Swedish countryside. What made Borg happy wasn’t his accomplishments, but his long ignored attachments to actual people.

It’s a wonderfully humanist tale from a director who is more well-known for existential dread and stark images rather than a gentle touch.

Wild Strawberries, much like Ikiru, is one of my favorites precisely for those attributes, how well they are executed, and how much they contrast with the rest of the respective directors’ work.