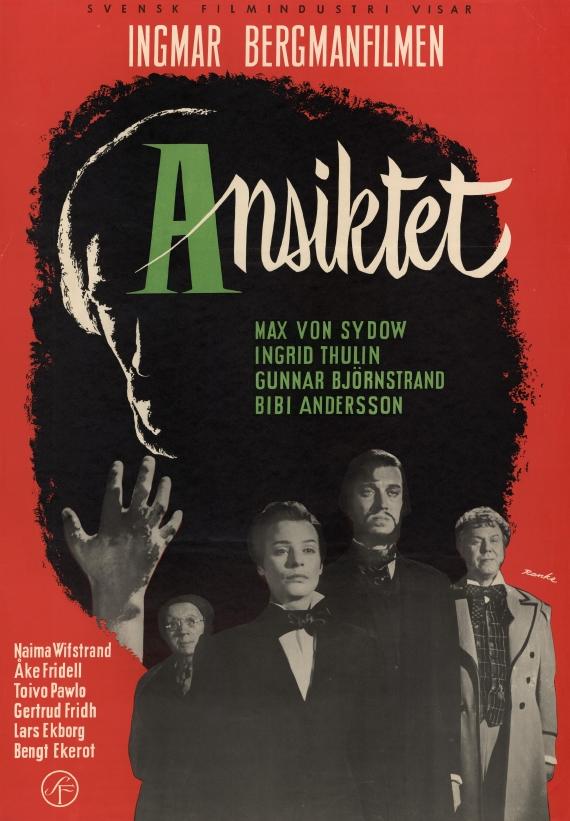 I was really curious about this film because I’ve seen it before, but it’s been more than a decade since I’ve seen it and I wondered if I would still feel some resistance to the film as I did before. I remembered shockingly little of it, though my memory of the ending was pretty clear. So, I walked into the film with both little knowledge of what was going to happen and a clear memory of the twist at the end. It was an interesting position to be in.

Anyway, the movie’s about a traveling company centered around the mysterious figure of Dr. Vogler, a mute magician who uses a variety of techniques, particularly magnetism, to create his amazing sights. Upon entering a community in the vicinity of the Swedish royal palace, the company is stopped by the local authorities including the police chief, the royal physician, and a man of wealth. The physician and the man of wealth have a bet about the existence of invisible forces influencing life (meaning things like ghosts, not gravity). The physician is strongly in favor of his own rationality, but the wealthy man seems to view the bet as little more than a way to pass the time.

They house the company for the night until the next morning where they perform for the small audience. That night is largely centered around the servant’s eating area in the kitchen where the troupe, minus Dr. Vogler and his wife, interact with the servants, selling snake oil and seducing each other. The undercurrent of belief versus non-belief runs through the whole movie, but it’s particularly pronounced here as Tubal, the boisterous announcer and master of ceremonies, sells a love potion to the older servant who knows that she’s buying snake oil, but is happy for the companionship when she drags him back to her room.

Above, Dr. Vogler and his wife deal with two different seductions themselves. The wealthy man’s wife throws herself, in a mixture of depression and seeming boredom, at Dr. Vogler who responds mutely as he always does. The physician tries to tear away Mrs. Vogler, but she’s too faithful and Dr. Vogler attacks the physician at the tail end of the event.

The next morning, they go through with the performance which leads to Vogler’s supposed death. Here’s where the movie actually begins to lose me a bit. Up to this point, I’ve been wondering how everything ties together (I don’t think it does, in the end), but then we see the troupe go through some actions that make it obvious they’re part of a scheme but we don’t see clearly what it is. So, when the physician comes in and determines that Vogler is dead, we know something’s not right, so we’re between perspectives. We don’t know everything the troupe knows, and we don’t know only what the physician knows.

It turns out that Vogler isn’t dead. The troupe switched his body with that of a traveling actor who had died in their presence (twice actually, the first time was an act). And this is what I remembered clearly, Vogler running around at the end of the movie, so I knew that Vogler haunting the physician in the house’s attic wasn’t a ghost. I think it actually helped my viewing, though, because I began to see what this movie might actually be about: illusion. It seems obvious in retrospect, but when we suddenly have a haunting at the end of a movie, and confused circumstances that led to its arrival, it can be hard to fathom what’s actually going on.

And, I think that’s ultimately the movie’s problem that keeps it from some of the heights of Bergman’s other works. It’s really opaque and hard to fathom just what’s going on. This isn’t a dig for meaning we’re having trouble with, but a more mechanical trouble around who’s where and what we’re supposed to know is actually happening. The long scene in the kitchen also ends up feeling like it may have a couple too many characters (in particular Sanna, the innocent servant girl, feels superfluous).

I do like the film, though. Like most Bergman, it’s intelligent with interesting ideas. Characters are generally wonderfully written as well. However, there seems to be some kind of war at the heart of the film about what needs to be exposed to the audience and what needs to be hidden. Bergman never seems to have quite found the right balance, so it ends up a slightly more frustrating experience than it should be, at the center of what could be considered Bergman’s height of creative output.