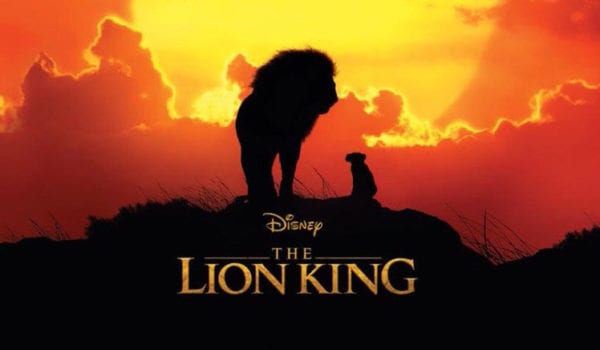 I’ve never quite understood the appeal of Disney’s mid-90s animated movie The Lion King. But, here comes Disney again with its latest money-making scheme to feast on nostalgia, their “live action” remake.

So, when we ended up going to the theater, I took this as an opportunity to re-evaluate the film that everyone else around me loves but I always find myself standing just off from.

In a nutshell, The Lion King is the story of an entitled brat who nearly gets himself and his best friend killed, succeeds in getting his father killed, runs away for a few years where he loafs with some buds, suddenly decides to come back and murder his uncle because he wants his uncle’s stuff.

I hate Simba. It’s not just that he’s an entitled and lazy brat for the first three-quarters of the film, it’s that he’s a terribly written character without an arc in a movie where he’s supposed to have an arc. He’s the same from the beginning to the three-quarters mark where he suddenly becomes hero just because he decides to be. There’s supposed to be parallels to Hamlet, but Hamlet actually worked his way up to killing Claudius over the course of the entire play while Simba decides with about fifteen minutes of the movie left that Scar needs to go.

On top of Simba’s lack of growth and arc is the movie’s cheapness. I don’t mean in terms of production (this new “live action” one looks very expensive from beginning to end), but in terms of storytelling techniques to get the audience cheering for one side over the other. The Pride Lands, the lion kingdom, is a veritable paradise where, it seems, that no animal ever eats another. There’s talk of it, but, oddly enough, in a movie about lions we never seen lions feed on anything save bugs when Simba is with his bros (Timon and Pumpa). Then, when Scar takes over, the place becomes a post-apocalyptic vision because the hyenas ate…all of the herbivores? Then, when Simba throws Scar into the fire, the Pride Lands become verdant and beautiful again (and all of the animals that Scar’s army supposed ate all just came back again). It’s cheap and designed to get the audience to hate Scar just that extra bit.

The irony is that Scar, out of all of the characters, is the best. I wouldn’t go so far as to call him well-written, but he’s the best of a bad bunch. Scar has more to do with Richard III than Claudius, and the writers did what they could to imbue him with the same sneaky, scheming qualities. In the first act, as Scar works to get his brother, Mufasa, murdered, he’s actually kind of fun. He’s a pretty good bad guy.

Now, you may notice that everything up to this point could be said about the animated version. That’s because the two movies are virtually identical in terms of story. There are some small changes here and there (Scar has an extra line of dialogue early that makes him slightly more ideological, Timon and Pumpa are much more meta than before), but they’re small changes. The biggest change is, of course, the use of realistic lions, and it does a disservice to the story. Simba’s expressive eyes are gone. Instead of looking like he’s crying, he looks like a cat. It deadens the limited emotional impact. I do wonder if Jon Favreau, the director, got to a certain point in production and realized that the lack of emoting was a problem. It obviously didn’t matter because the movie has made, and will continue to make, oodles of money for the Mouse House.

So, yeah, it’s the same movie, but worse. Even the voice actors are, across the board, worse, even James Earl Jones who reprises his role of Mufasa. None of the new voices do as good a job this time as last time.

But hey, Can You Feel the Love Tonight sure sounds good, doesn’t it?