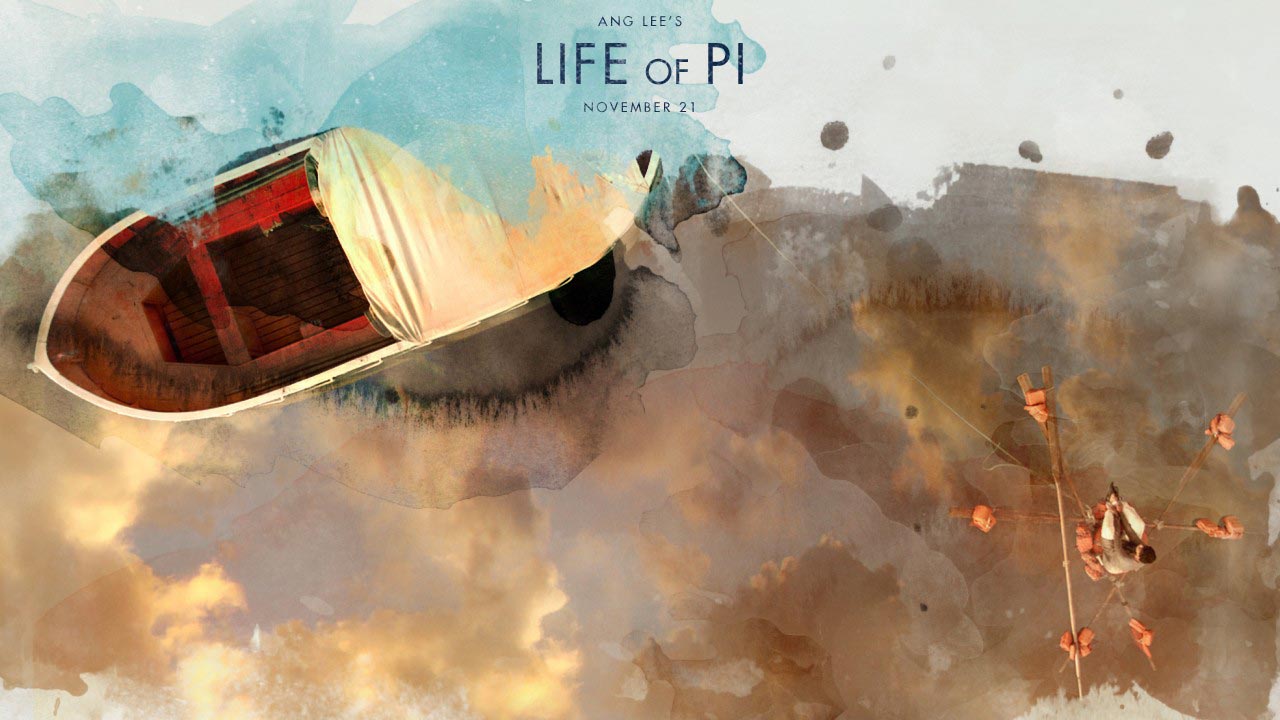 Let’s get this out of the way: This movie is beautiful to look at. That’s not nothing, but it’s far from the movie’s sole strength. Performances from human and animated creature alike are very good, but it’s the interplay of the central story and the framing device that engages me the most.

A novelist visits a middle-aged Indian-Canadian at the advice of the Indian’s uncle. Pi, a nickname stemming from his full name of Piscine, the French word for swimming pool, lives a small and quiet life but lived an experience that, he says, will convince the novelist of the existence of God. That’s no small feat.

Pi’s family owned and operated a zoo in India until it became financially untenable. Pi’s father determined that they would move to India, transport the animals with them on the ship, and sell them in Canada. On the trip, the ship sinks for never explained reasons and Pi finds himself alone on a lifeboat with an orangutan, a hyena, and a zebra. The zebra dies due to a leg injury, the hyena kills the orangutan, and as the hyena is about to lunge at Pi, a tiger, Richard Parker, leaps out from the covered half of the boat and kills the hyena. Pi uses his wits to establish a raft roped to the end of the lifeboat where he can rest without fear of the tiger getting to him.

Through adversity, the two learn how to live together. Pi figures out how to net fish large enough for Richard Parker to eat. They survive a large storm together. They find a mysterious island populated with roots that Pi can eat and meerkats that Richard Parker can feast on. This island is an oasis in the middle of the ocean. They can live forever on its fruits, but Pi discovers a human tooth in one of the island’s flowers at the same time he sees the pool of fresh water fill with dead fish as it turns to acid. He sees this temporal haven as toxic. He packs up his supplies, gets Richard Parker back on the boat (who seemed to understand the island’s dangers before Pi did), and they leave.

I think one of the wonderful things about this narrative is how the novelist finds the metaphor in the story and spells it out. It’s the sort of easy metaphor that audiences love because it doesn’t require a whole lot of thought and can be easily discerned. The novelist saying, “the hyena was the cook, the orangutan was your mother, the zebra was the sailor, and Richard Parker was you” is a great way to cut through the obviousness of the metaphor while also lifting the narrative to be about more than a simple series of symbols. The narrative at the core of the film, the time on the lifeboat, is all about survival. It’s pretty straightforward, but Pi had promised a narrative that would convince his audience of the existence of God. A thin metaphor of a story about a boy who survives on the ocean isn’t going to do it.

What is meant to convince is the framing device itself. This comes out most forcefully in a scene after Pi gets rescued where he is interviewed by two representatives from the shipping company out of Japan. The rest of the story within the story had been bright and full of color. First there was India in all its visual splendor, then the bright blues of the ocean up against the bright orange of the tiger’s fur. The interview is in a small white room with white sheets. It’s a simple back and forth cut between Pi telling his story and a couple of reaction shots. It’s so flat in comparison to the bright and colorful story we had gotten. It’s also much more grounded as he tells was really happened. The sailor died of his wounds. The cook killed Pi’s mother in a pique of rage. Pi killed the cook and then survived for 9 months on a lifeboat alone. There was no island, and he simply survived.

“Which story do you like more?” Pi asks the novelist. “The one with the tiger,” he replies.

How is that supposed to make one believe in God? Well, Pi frames the belief in God as a choice. You can chose to believe in the mundane, or you can open yourself up to the grandeur of the unknowable. Life with a God in it is much more interesting and full of meaning than one without it. That concept is conveyed wonderfully by building on a simple story and imbuing it with real meaning.

The movie is, of course, a wonder to behold, but it’s also wonderful that it’s got so much thematic and character driven depth.