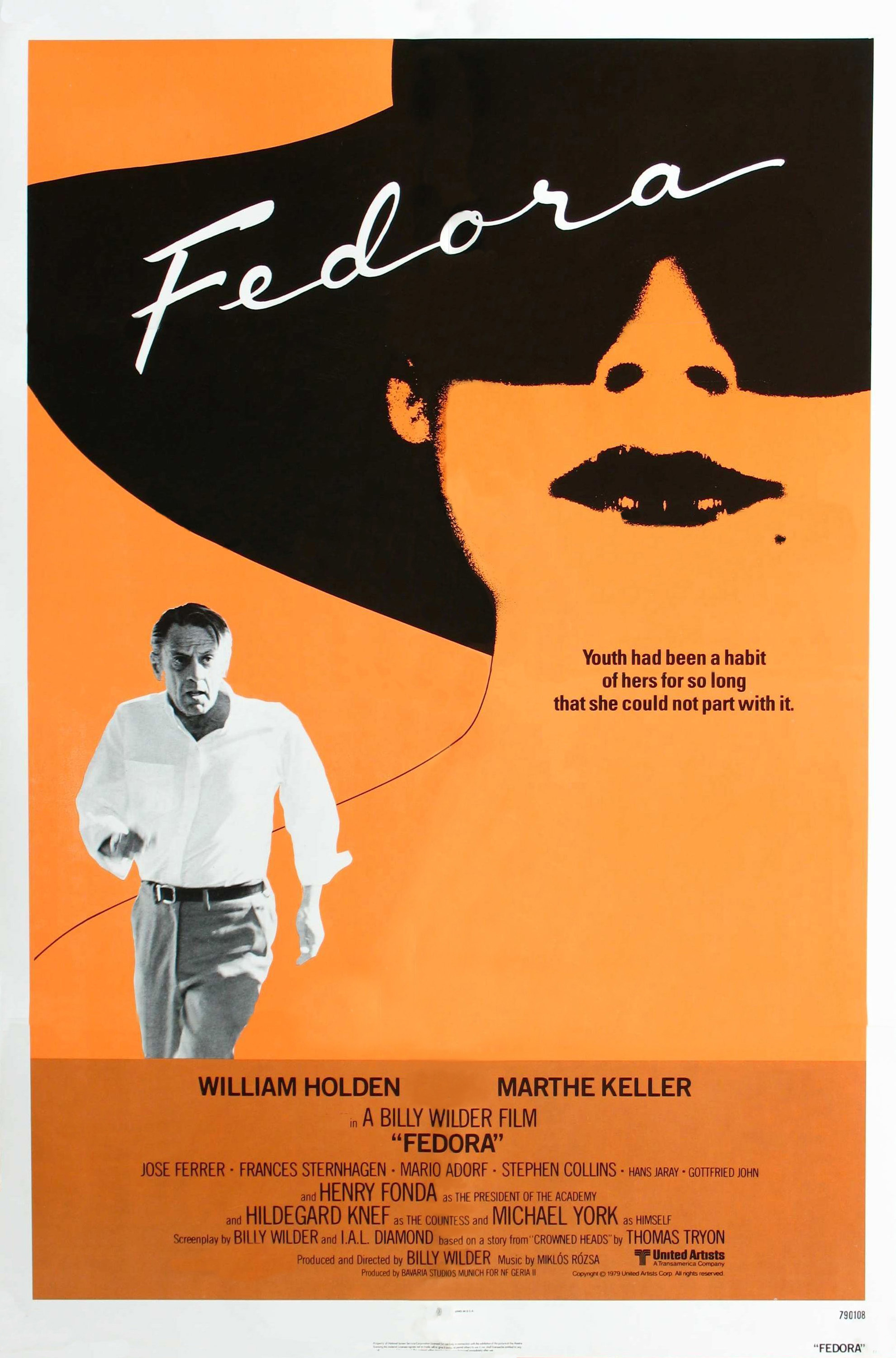 #23 in my Ranking of Billy Wilder movies.

If you don’t see the twist coming from a mile away, then this might be the first movie you’ve ever seen. It’s obvious, and a bit frustrating that the movie holds onto that secret so long, but it does get revealed at the halfway point allowing the rest of the film to focus on more interesting things. It’s not Wilder’s finest moment, but it’s good little mystery and characters study.

The casting of William Holden as Barry Detweiler feels completely intentional with a knowing nod towards Sunset Blvd. He’s out to find a reclusive actress who has holed herself up in a castle-like residence. This actress, Fedora, is not allowed to go out of her house alone without several escorts. She’s allowed no visitors. Detweiler sneaks onto the island and peers over the wall to see that Fedora isn’t treated like the star she is, but more like a prisoner. The Countess, who owns the estate, berates the actress mercilessly. The bearded doctor keeps an eagle eye on everyone, and the personal assistant, Miss Balfour, helps. Detweiler just wants to get the great screen actress a script he’s trying to produce and will only get off the ground if he can convince the reclusive Fedora to star in his picture.

They meet in town after Fedora just gets away from her handlers and enters a tourist shop where she’s desperate to get her hands on some film. Detweiler follower her and provides the cash that she doesn’t have on her to get the film, a rather exorbitant hundred dollars. They have a moment, but there’s a disconnect between them. Back at his hotel, Detweiler writers Fedora a letter where he outlines his brief dalliance with the world famous actress several decades before, where they shared a single night in the middle of production of one of her films. It’s no surprise that she can’t recognize him that easily considering the time since and brevity of the affair.

Detweiler gets invited to the house because of his persistence where the Countess meets him and tells him to leave them alone. But, he insists, the script he has is an adaptation of Anna Karenina and perfect for Fedora, but the Countess won’t have it, even after Fedora sneaks into the conversation and expresses great interest in the role. The whole group disappears the next day, leaving Detweiler to search the grounds where he gets hit over the head, convalesce for a week, and waken to discover that Fedora had died in Paris in the previous few days.

This is about halfway through the film, and Detweiler confronts the Countess’s household at Fedora’s funeral where the Countess reveals the truth. Fedora wasn’t Fedora. The Countess was actually Fedora. Fedora was the Countess’ daughter. The second half of the film is largely dedicated to a series of flashbacks that tell the story of how the original Fedora maintained her youth through experimental treatments from her doctor, how one treatment went wrong and scarred her face, how her daughter ended up playing the part of Fedora for Henry Fonda when Fedora was awarded a lifetime achievement Oscar, and how the new Fedora returned to film. She then fell in love with Michael York while filming a movie with him, threatened to blow the lid off the whole secret, and got pulled from public life in the middle of filming. She resorted to drugs (the film she was buying wasn’t film) and her mother secluded her to protect her in addition to the secret.

The movie has two real problems. The first is that the plot twist is easy to predict really early. It’s just simply too obvious that the young woman (hidden by sunglasses and a hat at all times) isn’t over sixty years old, and the Countess too obviously has a secret that could only be that she’s actually Fedora. Thankfully, the movie doesn’t rely on that for its entire runtime. Even then, though, while the mystery itself is easily guessed, the drama around Detweiler trying to reconnect with Fedora for rather crass purposes is handled well.

I also have an issue with the fact that the second half of the film is a series of flashbacks. It’s mostly that it’s not really standard storytelling. However, once I came to terms with the structure and followed the drama unfolding, I was able to go along with it as the dramatic focus shifted from Detweiler’s efforts to the younger Fedora’s efforts at self-actualization in the hands of her mother who won’t let go.

I think that it ultimately comes together, just enough to call good, but it’s still minor. It has a very familiar cheap 70s feel from movies made in Europe at the time. There’s even a moment where Detweiler speaks as Wilder and bemoans how Hollywood had been taken over by the kids with beards (the likes of Spielberg, Scorsese, Lucas, and de Palma) and it’s hard to get work funded anymore. This feels like a last gasp of a great filmmaker in the middle of very changing times. He’s grasping onto newer things like production methods while trying to tell stories that speak to him. It’s a twist on an old, classic story he, himself told, but it’s obvious that his heart wasn’t in it anymore.

I do wish he had stopped with this, though.