This is easily the most uneven franchise or groupings of films that I’ve ranked. It’s kind of ridiculous that way.

Anyway, the ranking is from worst to best. Go ahead and click on the links to see the full reviews.

“There’s no real story. It lurches from one scene to the next with two antagonists that never gel, creating disparate goals that feel like they should be connected but aren’t. The Bond girls are wastes of ideas. It’s flatly filmed with terrible actions sequences. This might be the worst Bond film.” 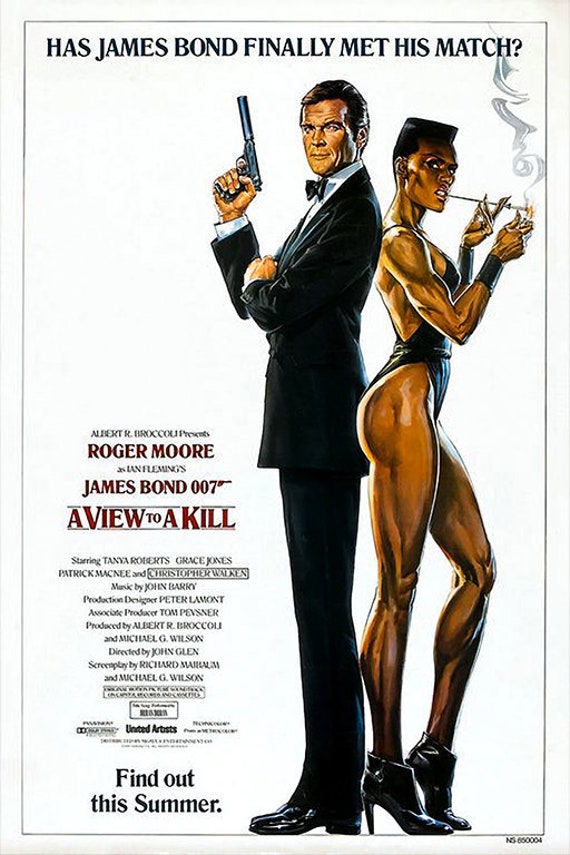 “This feels like no one cared and everyone was bored except Christopher Walken who just made the best of it. Moore doesn’t want to be there. Tanya Roberts looks lost. The story barely exists and goes on meandering tangents for entire acts that don’t matter. We get characters introduced and dropped like a hat. This is probably the least enjoyable Bond film up to this point, and I watched Diamonds are Forever.” 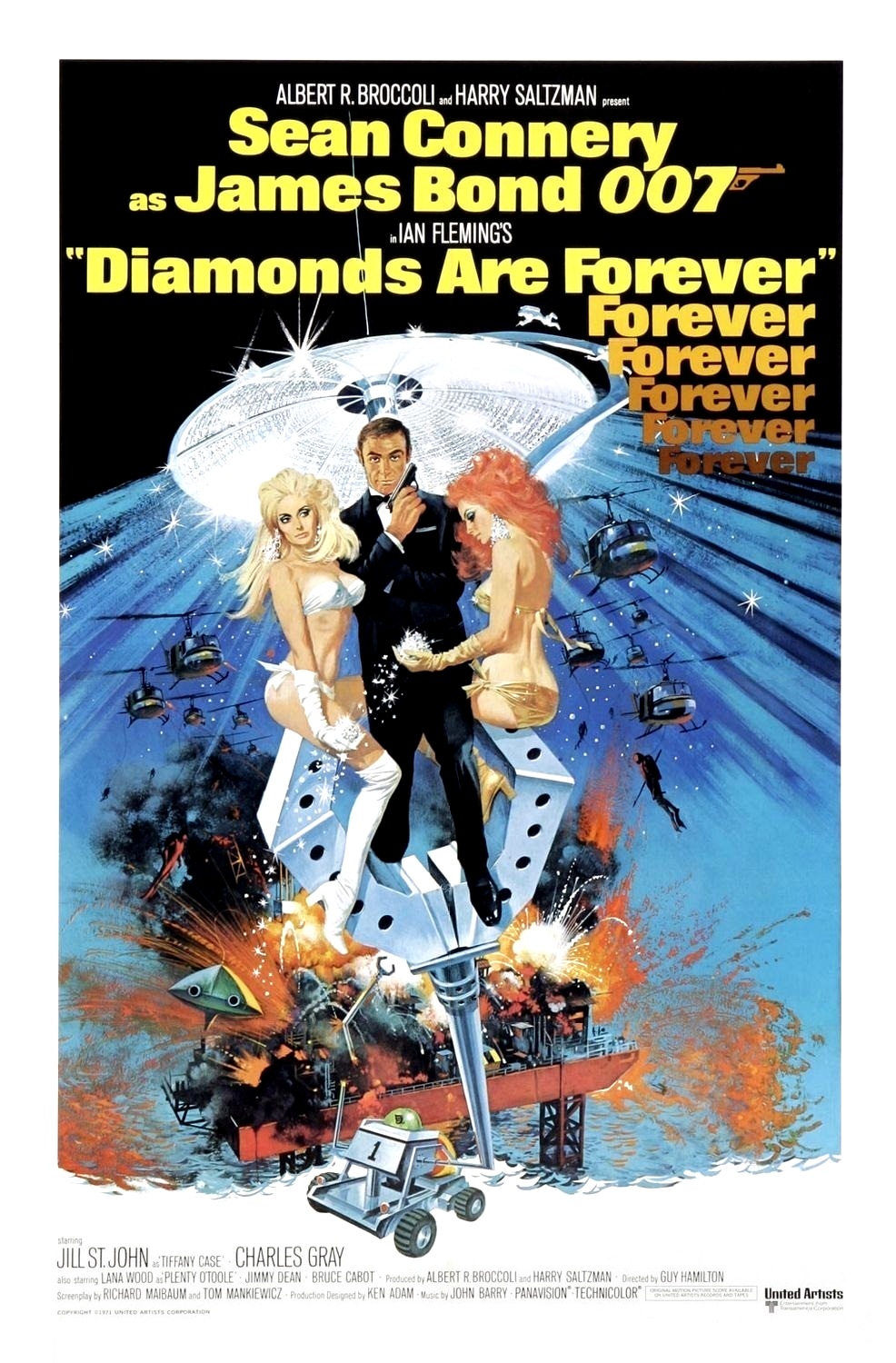 “I think the only saving grace of the film is Jill St. John as Tiffany Case. Her character doesn’t make a whole lot of sense (like the rest of the film), but she’s winning and bright and fun as the Bond Girl. The rest of it? Ugh.” 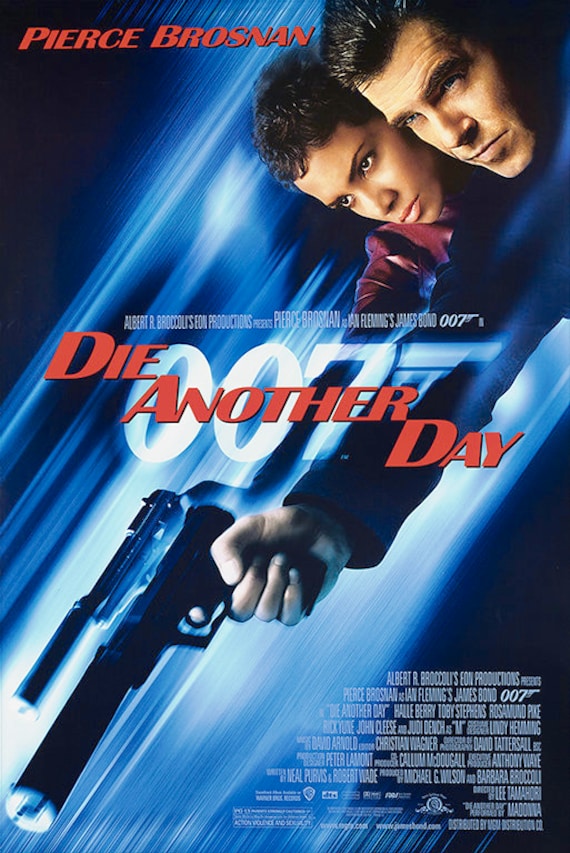 “It’s not the ridiculousness that turns me off, it’s the complete inability to tell a story. It’s the clash of tones. It’s the use of real-world dangers in ridiculous ways. Essentially, this is Moonraker, but worse, and Moonraker wasn’t very good.” 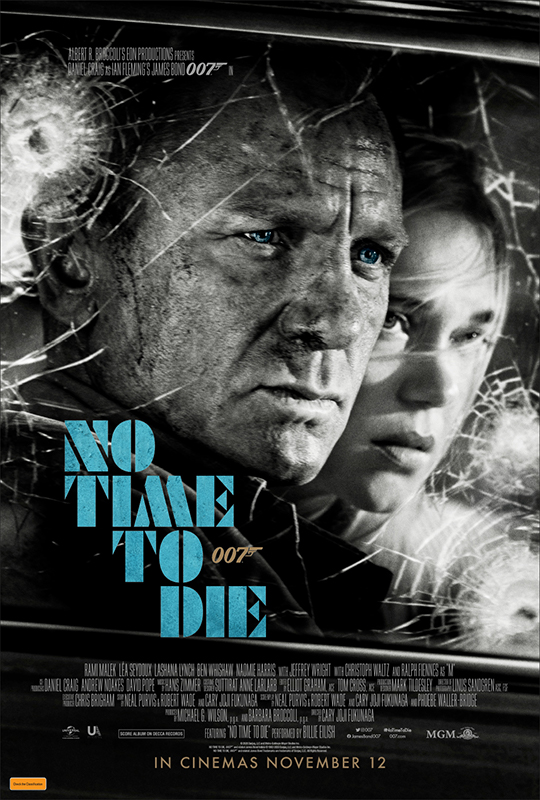 “This movie is a disaster. There’s no one responsible for the narrative, and what ends up happening is that, much like in the Lethal Weapon sequels, the script becomes about pleasing different stakeholders rather than telling an interesting story. The big finale is built on this idea of emotional connection that the movie only half-heartedly tries to accomplish and fails at that. A random death for Bond would have probably worked better.” 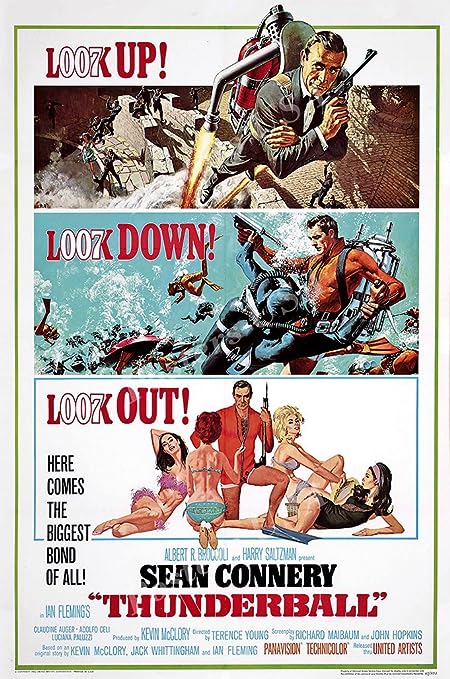 “It’s just bursting at the seams with the elements of a Bond movie, but it’s so poorly assembled that it diverts itself with non-story (even non-action) elements for long stretches. The action itself is largely a letdown since it’s reliant on a gimmick that undermines basic action filmmaking. Even Sean Connery doesn’t seem as interested in the role as he had been. It’s a slog of a film, and I find it, well, tedious.” 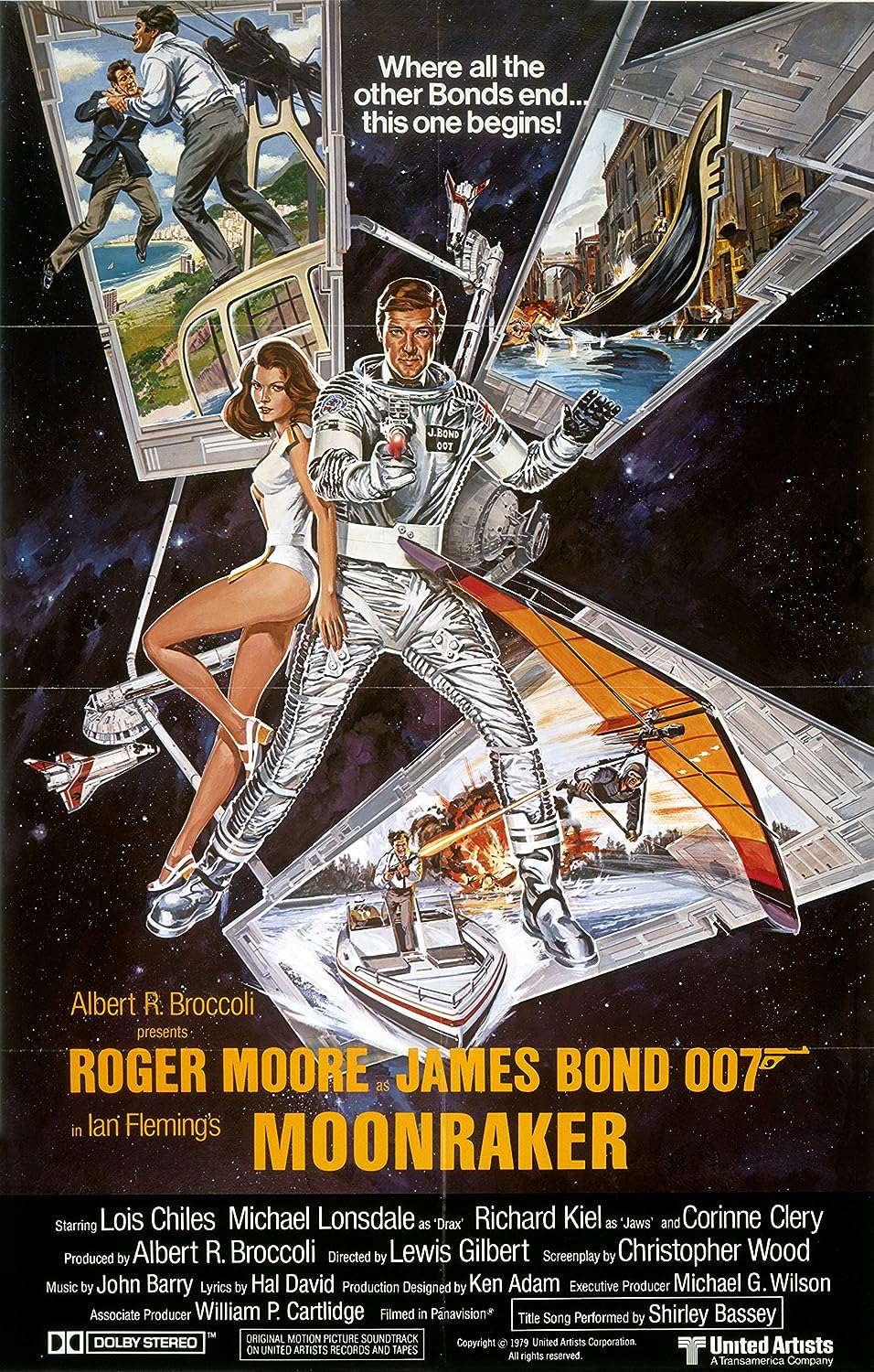 “The problem with the movie isn’t that it’s silly in tone, but that it can’t tell its story very well. It’s problems with silliness extend not to visual concepts or double entendres (of which there are many) but in its characters choices and disjointed narrative. Aside from some fun action sequences, mostly at the beginning, Moonraker is a slog and fails to live up to the promise of The Spy Who Loved Me.” 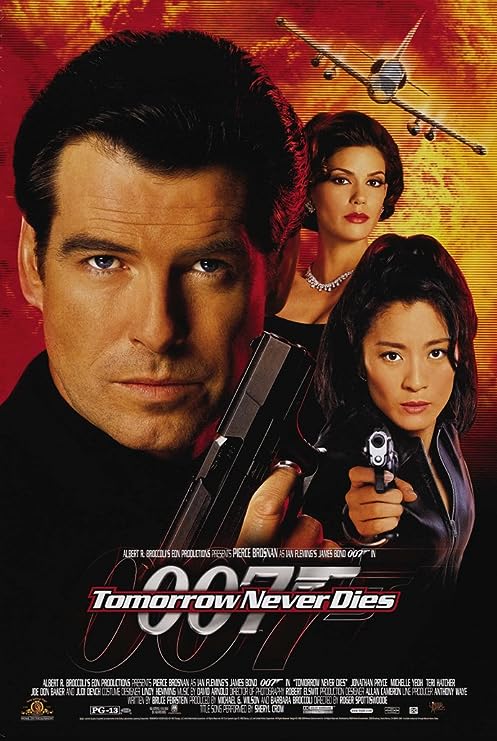 “So, yeah, it’s a mixed bag of a film. The iconography is there, but it largely doesn’t know what to do with it. The Bond girls are on opposite ends of the spectrum. The plot is clever, but poorly told. The action is rather universally good. It’s a real let down from Goldeneye.” 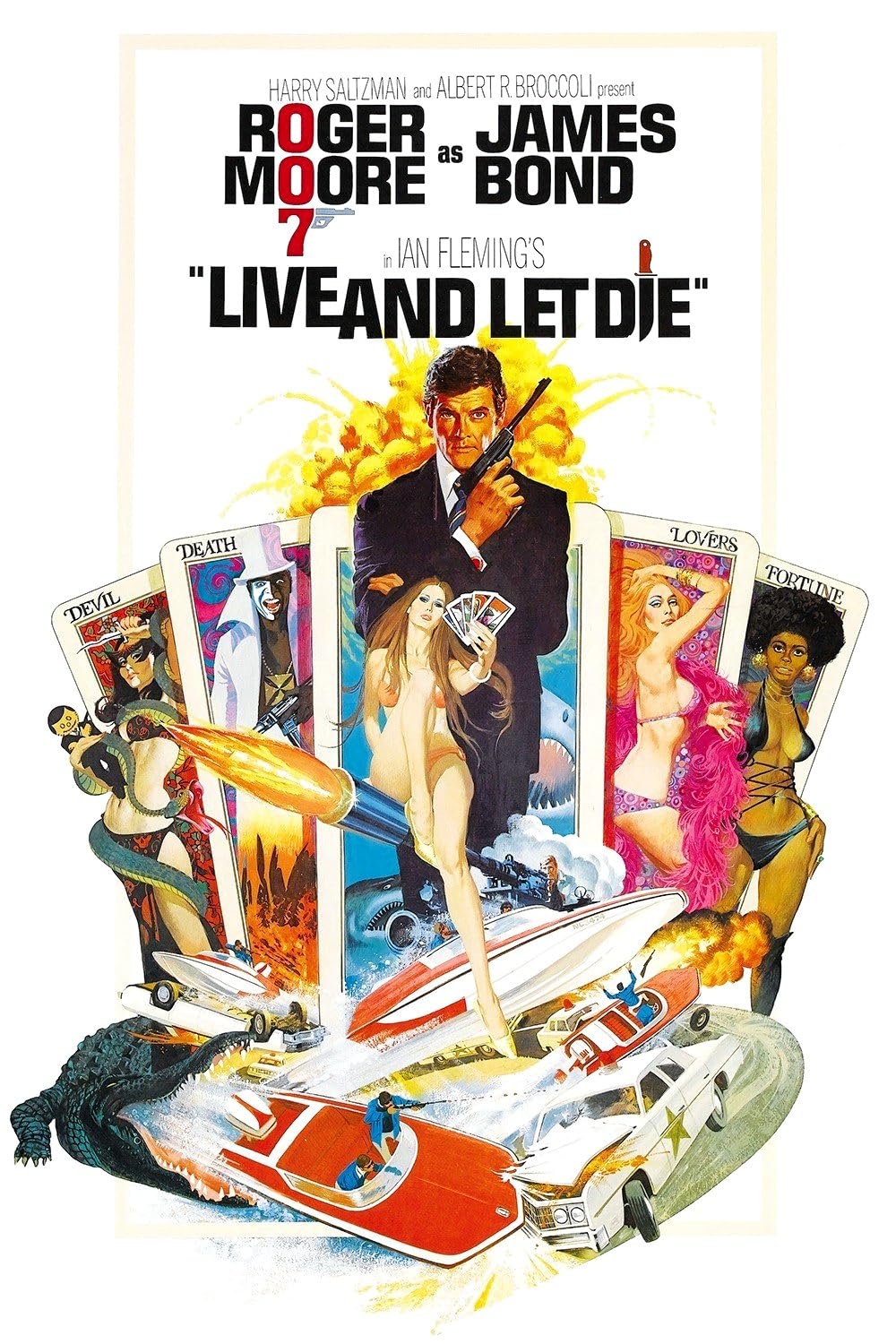 “I’m not entirely opposed to this approach, but the movie needs to embrace its lack of depth more fully through better spectacle. What’s here isn’t necessarily bad, but it’s almost all rather bland which, when paired with the thinner storytelling, makes this less of an entertaining affair than it could have been.” 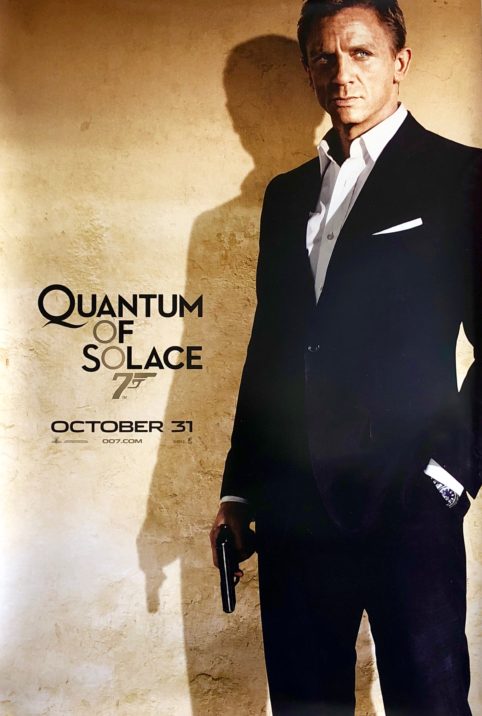 “The action is fine, the character work is good, but the plot around it is needlessly confusing and the antagonist is a joke. It’s a real mixed bag of a film that I want to like a whole lot more than I do. But, alas, I simply can’t get past my issues with it.” 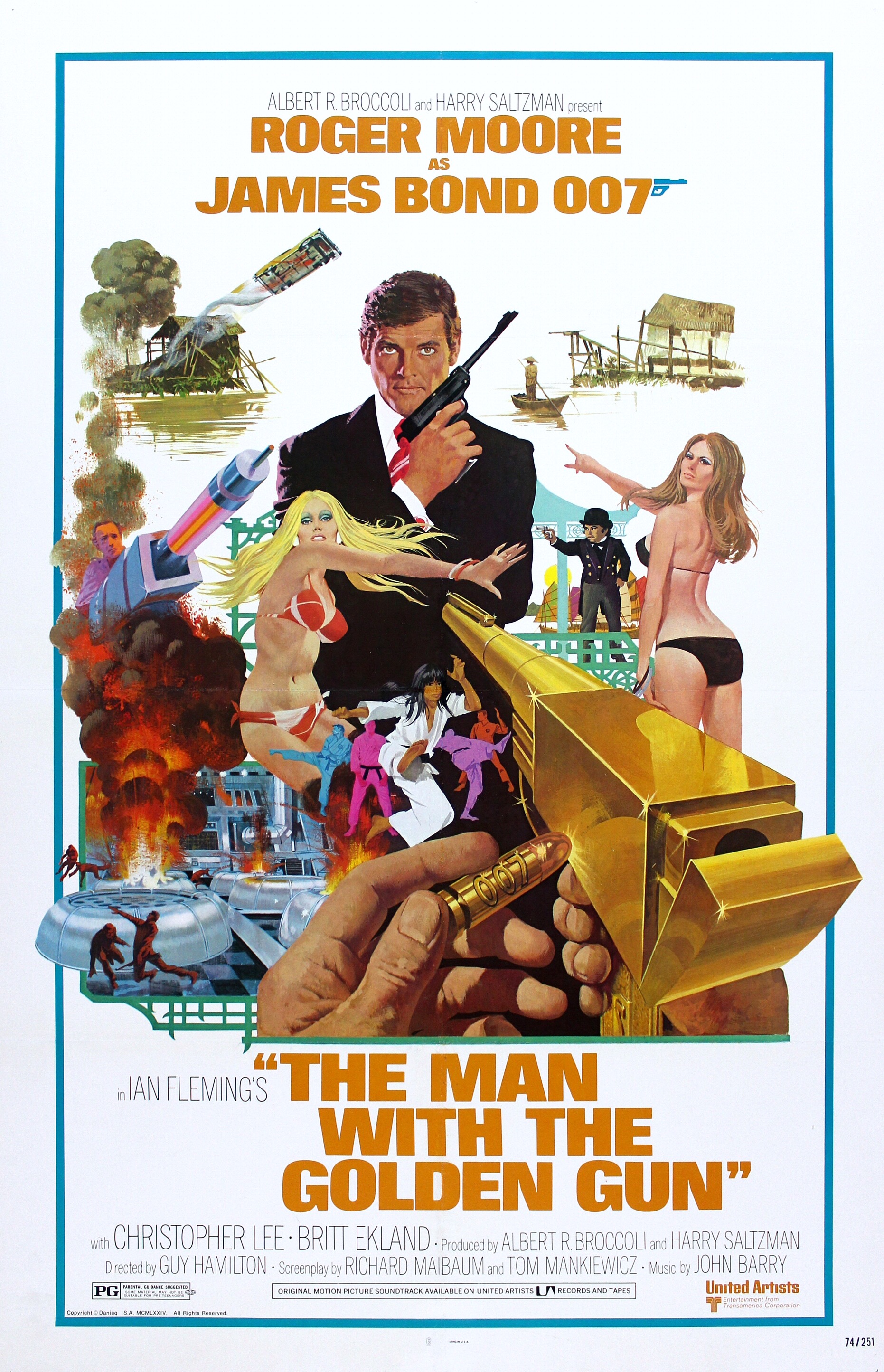 “Turning the film into a steadily building showdown between the two, clearing up the messy plot with a more streamlined and focused one that more took advantage of the implications of two mirror images going after each other would have made this a better film. Instead, it’s just a middling Bond picture with one of the best Bond villains.” 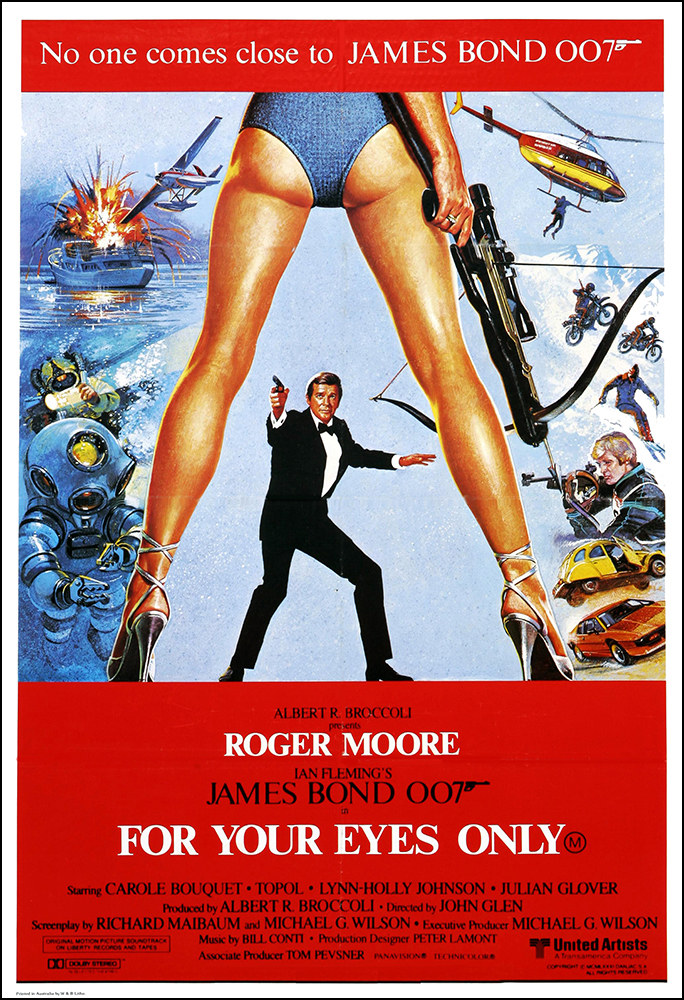 “[S]ome of the problems of execution that have plagued Moore’s efforts repeat here, mainly in the first half of the film. The second half, though, comes together really well, shockingly so considering the muddled first half that preceded it, and it almost saved the movie for me. But not quite.” 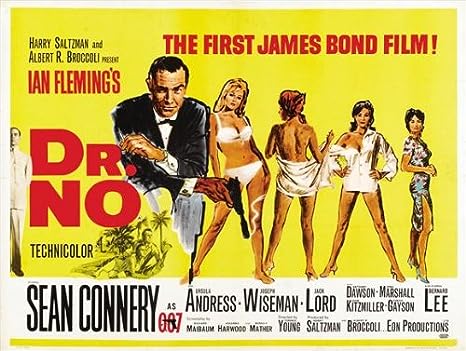 “The good stuff is a bit of a hodgepodge while the bad stuff is what really is supposed to drive the story. I feel rather mixed on Bond’s first adventure, though there’s obvious reason to understand why it was an initial success as well as how the iconic moments later became iconic (mostly through repetition).” 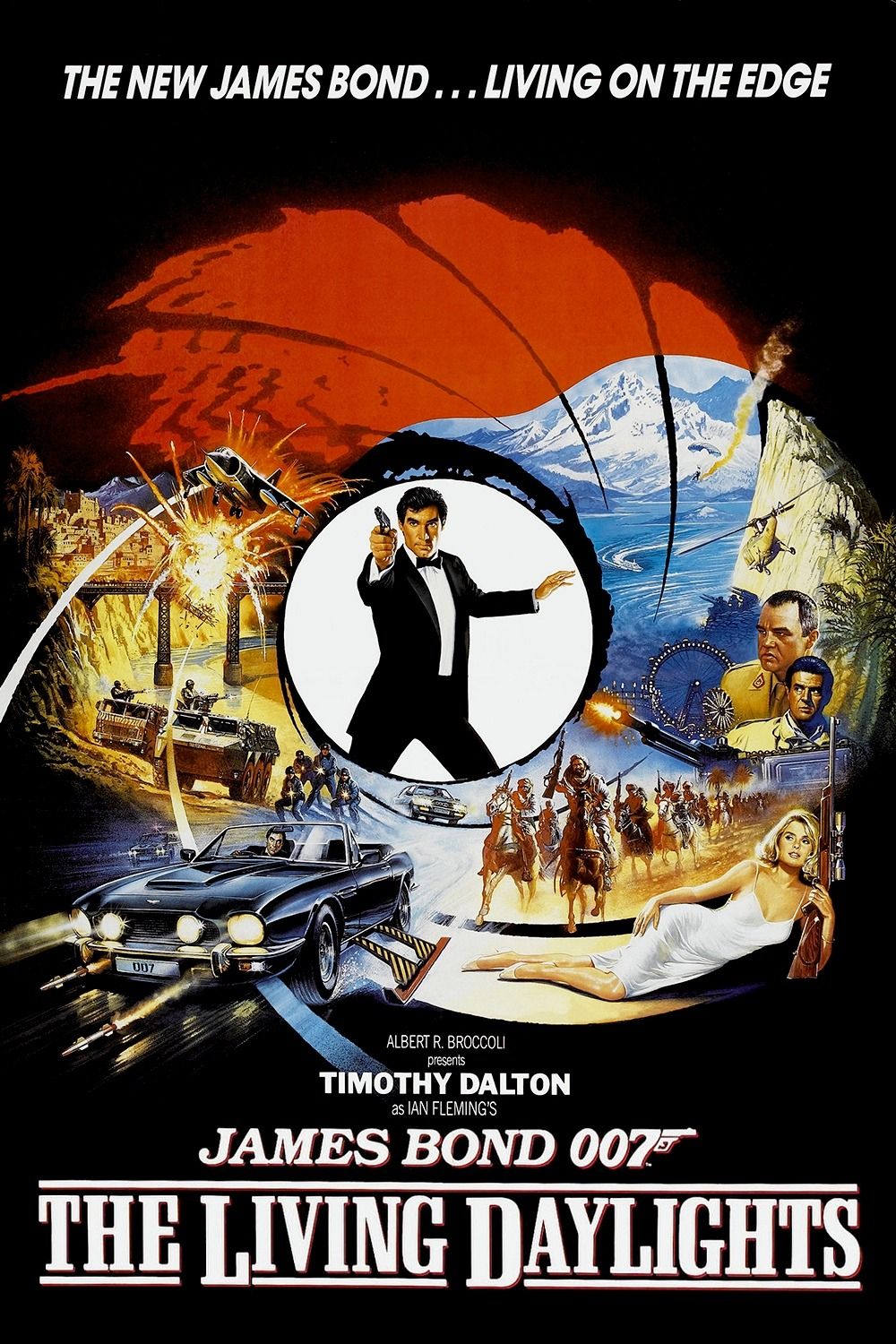 “I was with this movie until its final third went to Afghanistan. It’s largely a solid Bond adventure with a more grounded narrative focus and aesthetic feel, but the sudden introduction of a host of new characters and a late plot twist that doesn’t make a whole lot of sense and receives little explanation, drag it down slightly.” “It’s exciting, fun, and a new direction for Bond that he hadn’t followed before. Acting is good, and the action is inventive. The plot never feels like an amalgamation of disparate things even though it is made up of several elements that don’t automatically feel like they should go together (drug kingpin and TV preacher, for instance). It’s good stuff, but a quick end to the second shortest tenure as Bond.” 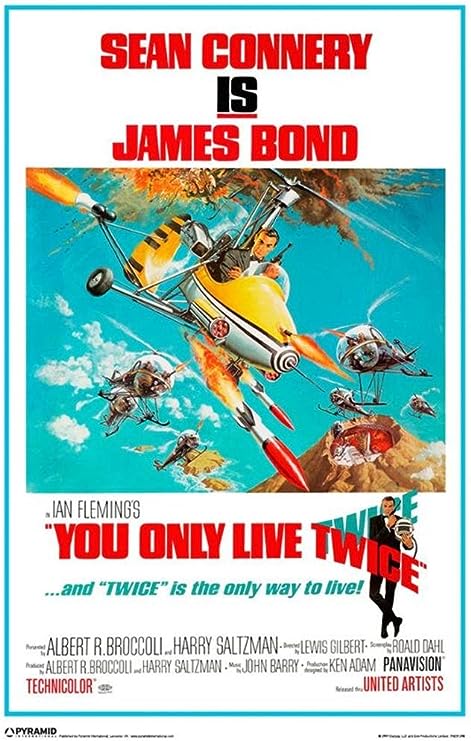 “The huge lair provides a great canvas to build a very large action sequence with dozens of performers. It’s well staged and exciting with clear goals, a clear view of who the two sides are, and the background for the real action which is Bond going after Blofeld.

It’s a solid adventure, and a real step up from the meandering and boring Thunderball.” 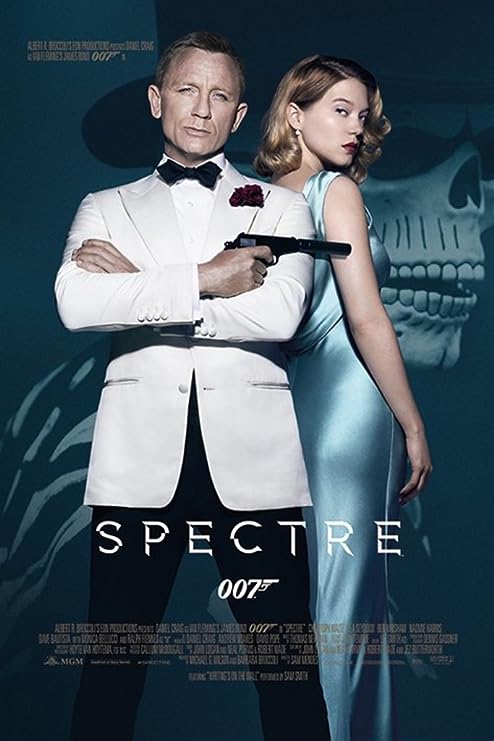 “Ultimately, the movie has something on its mind, which is better than most of the Bond films, and is well executed. The personal connection between Bond and Blofeld, and the movie’s lackadaisical pace (something that perhaps should have been addressed in an action spectacular film) drag it down a bit though. In the end, though, I think it’s a quality adventure and a fun ride, if not Bond’s best.” 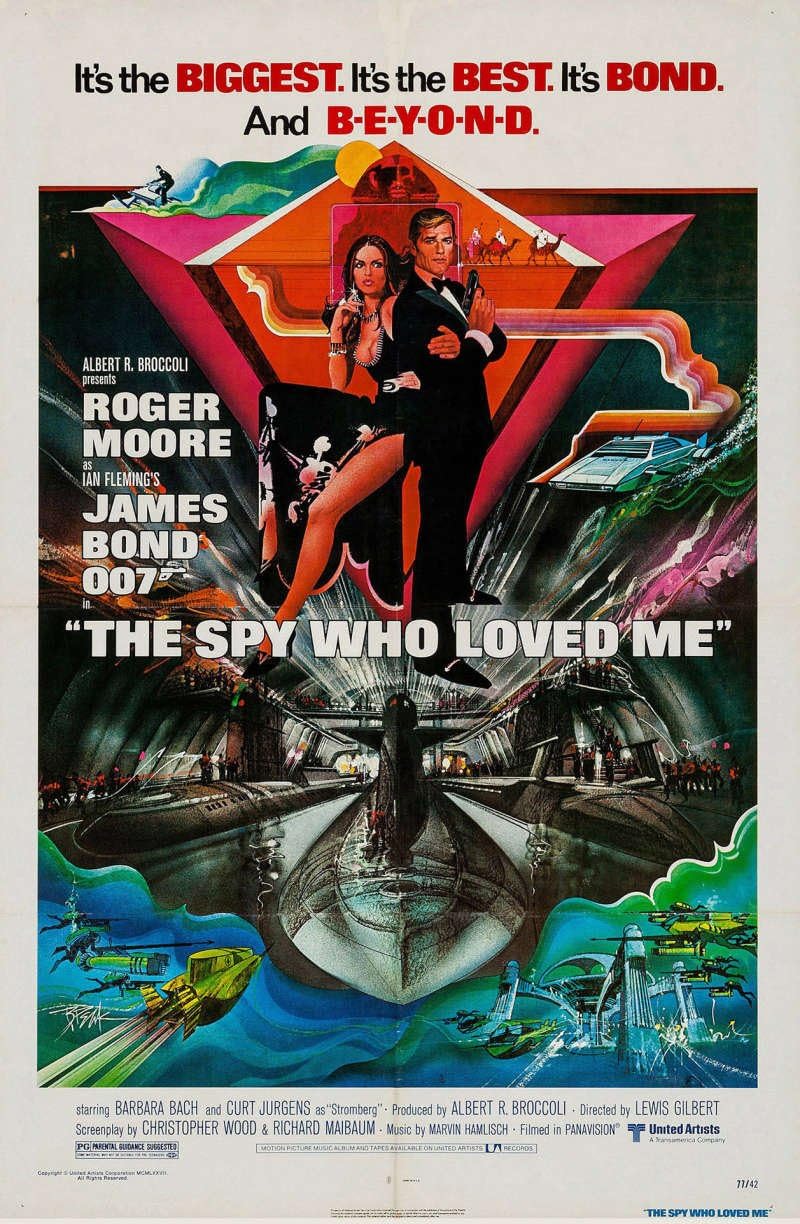 “Finally, Roger Moore gets a good Bond picture. I have two largish problems with it, but everything else works with Moore’s interpretation of the character so well that I happily forgive the film the other issues. Moore finally feels like he belongs in this Bond picture, more than in his previous two outings.” 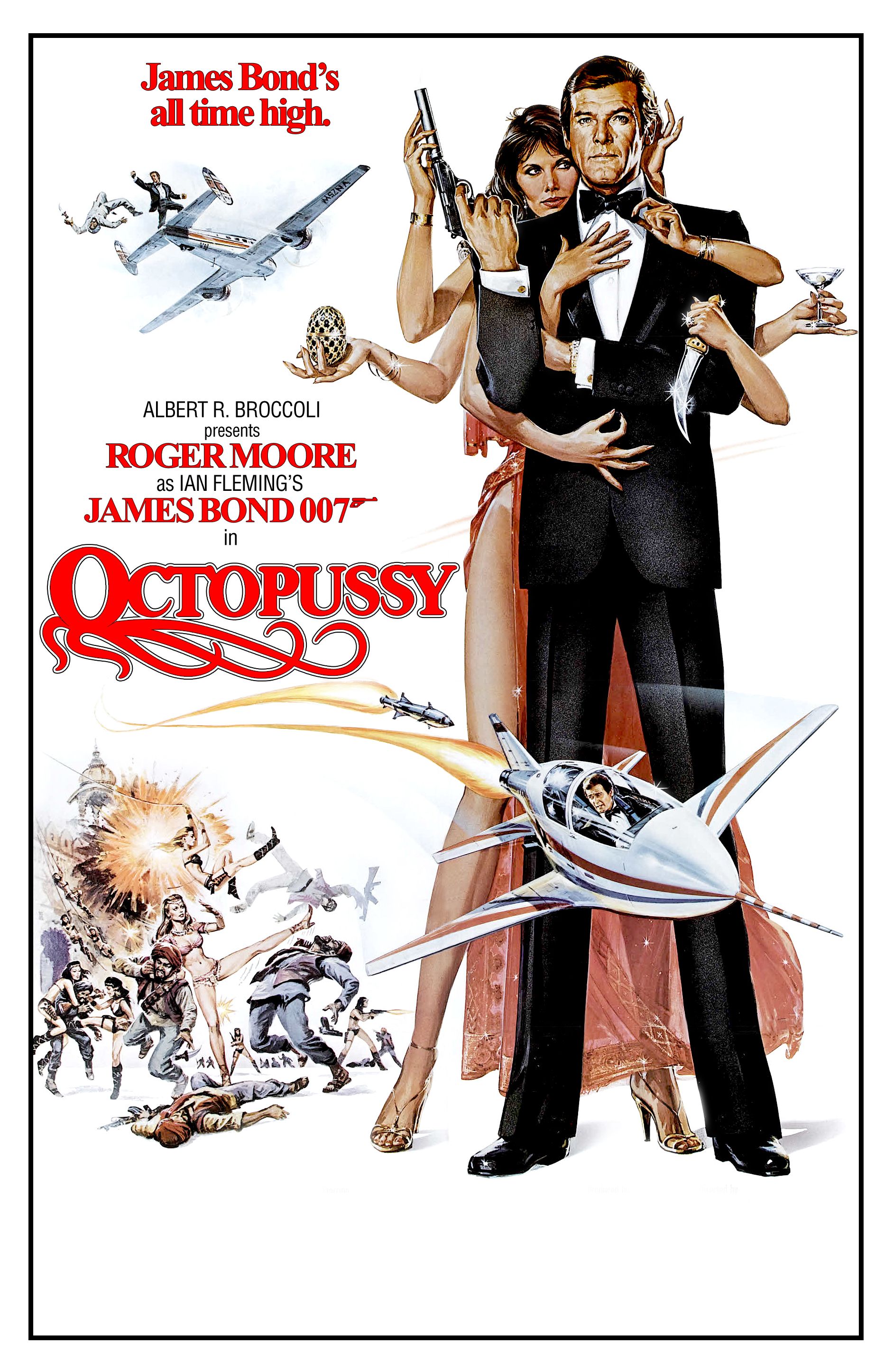 “The only Bond movie under Moore that understands how to unfold a mystery and gives us a compelling antagonist. This movie is really underappreciated and is Moore’s best outing.” 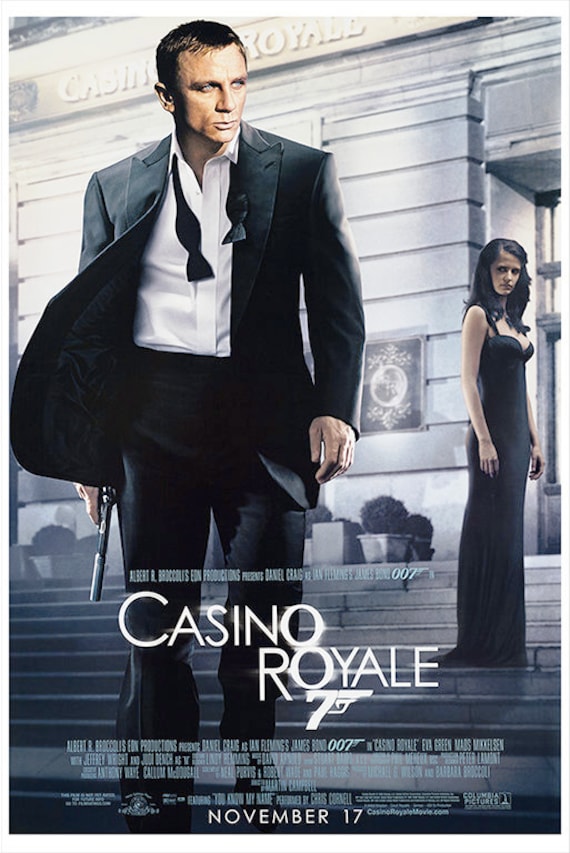 “As the Batman Begins style re-evaluation of the creation of an iconic character, it’s smartly done. As a Bond adventure, it’s exciting. As a grounded spy tale, it’s fun. This is a very good Bond film, and exactly what the franchise needed.” 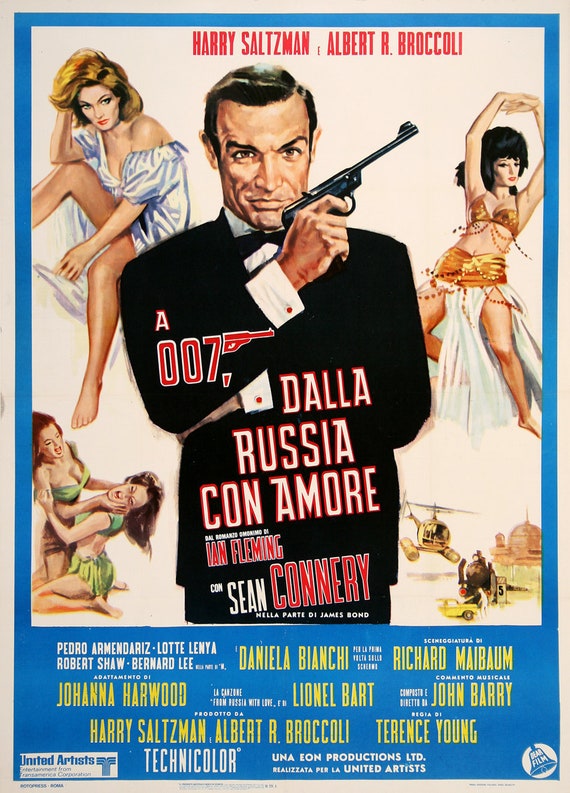 “This is a much more assured and action focused Bond adventure that gives our titular spy a very interesting villain and a Bond girl with conflict. Bond himself is thoroughly cynical through the whole affair and carries a detached air in every endeavor that makes him almost untouchable. Terence Young took all the lessons of Dr. No and learned from them, making a tighter and more exciting outing for the spy from MI6.” 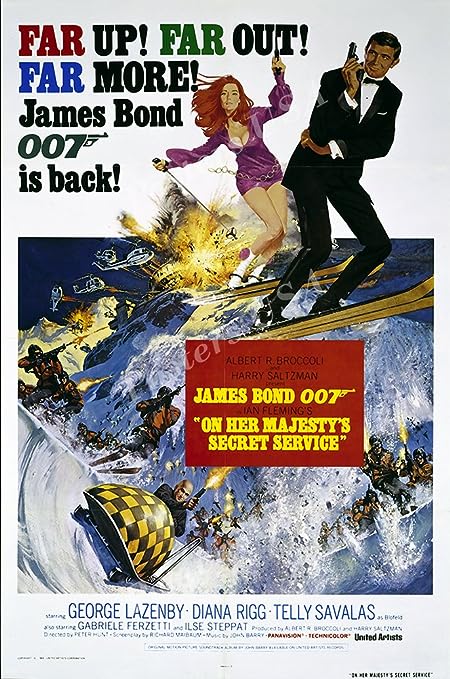 “This is where Tracy becomes more than just a typical Bond girl. Bond ends up feeling such a sense of appreciation for what Tracy did that he proposes to her, and, because of that first thirty minutes of the film, I found it utterly believable. Tracy’s a good woman with wit and can keep up with Bond. Her saving him by driving through a stock car race just feels like the kicker that would convince Bond to settle down with a woman.” 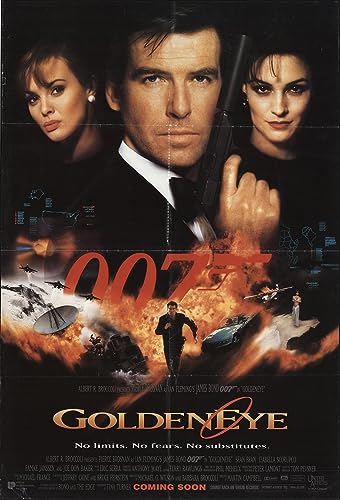 “This is the reboot Bond didn’t need, but it delivered so incredibly well. Brosnan makes his appearance as Bond in the best first outing of a Bond, ever. The action is dynamic and exciting. The mystery around the plot and villain works really well.” 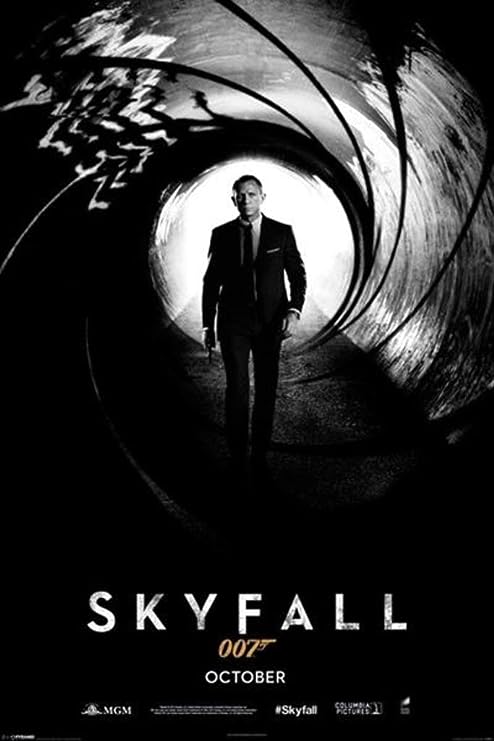 “This movie is really smart, inverting so many of the Bond conventions on their heads while providing some of the most beautiful looking action the franchise has ever seen. Acting is top notch all around with a special mention to Javier Bardem who plays Silva really well. Mendes came to this project as an obvious fan of the franchise, and he applied every narrative and cinematic trick he had learned in his time as a filmmaker to the series he loved, making one of the best entries in the entire franchise.” 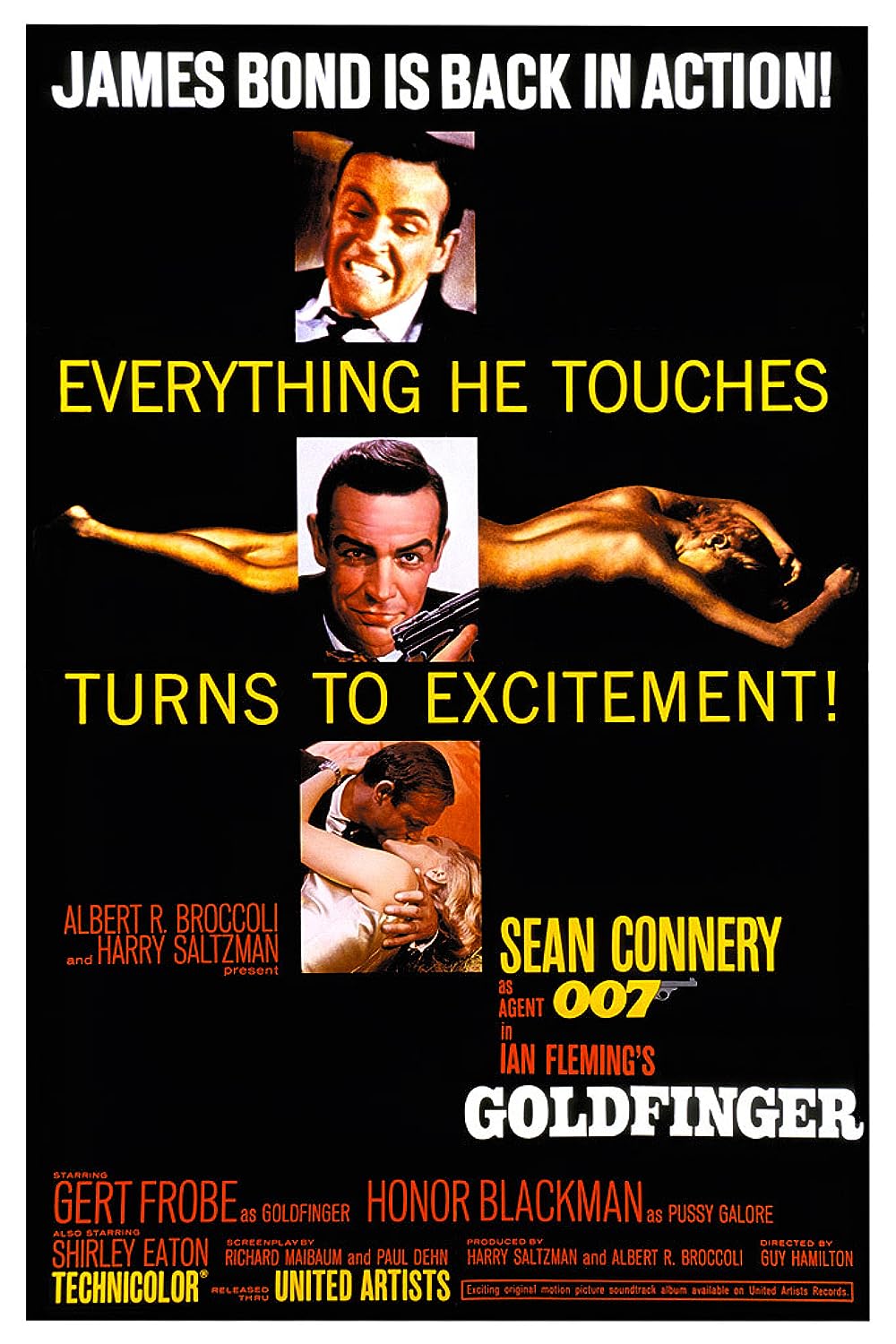 “It’s the complete package of a Bond film. Connery at his height. An actual mystery. Great action. A compelling antagonist. One of the best Bond girls. It’s the best Bond film so far at this point in the early 60s.”

29 thoughts on “The James Bond Franchise Ranked: The Definitive Ranking”