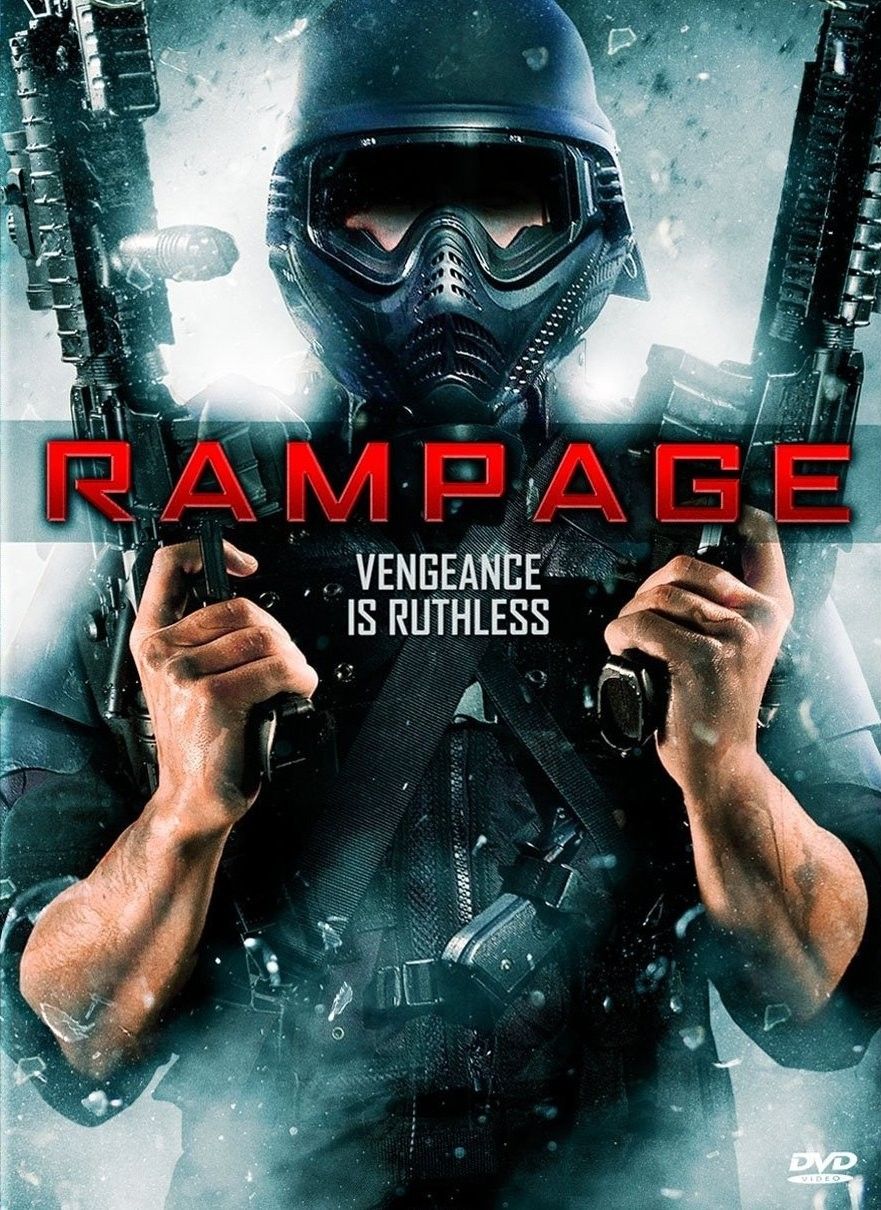 Look! Uwe Boll made a merely bad film instead of a hideously awful one! He’s growing as an artist!

This film doesn’t hold together well at all, but it’s less eye-rollingly stupid as either Postal or Alone in the Dark. I think a large part of that is that Boll didn’t actually write the script. Well, there wasn’t a script, just a ten page treatment and a lot of latitude for the actors to adlib their dialogue making the dialogue itself much less terrible, though there are pockets that feel like Boll wrote them himself. The story is also a lot less plot focused, so the logical leaps that Boll is known for don’t really materialize here.

Boll decided to take a more grounded and character focused approach to Rampage. It doesn’t really work, but it gets sort of close. Bill is a bit of a loner who lives in his parents’ basement. He works as a car mechanic and seems to have one friend. This friend, Evan, keeps receiving mysterious packages for Bill at his house and handing them off to Bill at a chicken fast food joint.

Bill is never really clearly drawn as a character. He has little bones to pick with people around him, but it works against the seemingly loving home that he actually lives in. His parents seem like they want to be involved, but Bill is still an angry loner. There are several events early in the film that seem to indicate the source of his rage that dominates the final half of the film. His parents decide that because he’s in his twenties, it’s time for him to move out and find his own place. He can’t get a coffee order the way he wants from the local coffee shop, arguing with the barista about how much foam is appropriate. And, through it all, he’s listening to really generic and angry rants and news reports about how the world is falling apart. I kept thinking of Paul Schrader’s masterful First Reformed as the news clips and vlogger played over the soundtrack.

In First Reformed, Ethan Hawkes’ character was driven by something specific, environmental catastrophe, that felt completely out of his hands. He felt powerless, caught between that calamity and the silence of God. It was a specific issue that he could latch onto. In Rampage, Bill’s motive is so generic as to be ephemeral. What is it about the modern world that sends him over the edge? Because there’s nothing specific for him or the audience to latch onto, this motive feels underdeveloped at best and completely inexplicable at worst.

Anyway, this swirling mix of motives is really just an excuse for Boll to show Bill strapping on body armor and going on a rampage in his small town. It’s a very long sequence that shows in great detail the damage he does, blowing up the local police station and killing most of the cops so that his rampage can go unhindered. He massacres people in the streets, women in shops, and everyone around him, focusing on the barista and a girl who spilled coke on him at the chicken restaurant. Again, what’s motivating him? Personal slights? The constant talk of impending doom? Is he using the latter to justify the former? I don’t know, and the movie doesn’t seem to know either.

He ends up getting away with it in a clever bit of bait and switch by tricking Evan out to the woods to play paintball. I guess there are no organized places for it nearby. Anyway, he kills Evan, puts the armor on him, and drives home before his parents get back from work to find that he’s been there the whole day. Since the packages all went to Evan’s house, everyone easily assumes that the apparently suicided Evan was the man in the armor killing everyone. It relies on Evan taking boxes and boxes of mysterious stuff for Bill without ever opening it and discovering the madness inside, but at least it sort of works.

Bill then leaves with a bunch of money he stole from the bank in his spree and we see him talking to the camera apparently two years later about how he’s going to perform population control. So…I guess it was the generic end of the world messaging that drove him? I don’t know.

Yes, this is better than Boll’s other movies. No, it’s not good. Bill’s character is drawn too thinly and too generically to make much sense. The violence is gratuitous without a point. But, the dialogue is better and the twist actually makes a certain amount of sense.