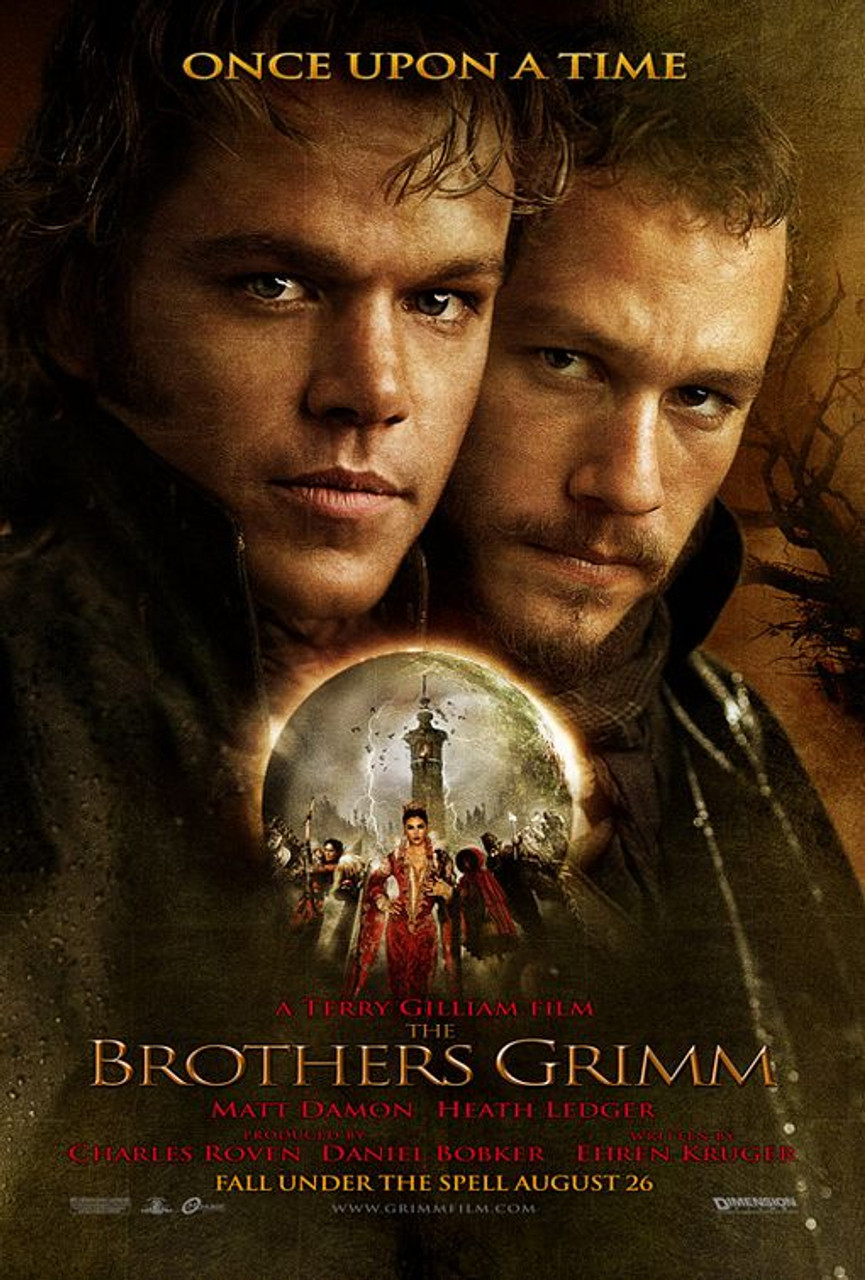 #11 in my Ranking of the Terry Gilliam films.

The period between the release of Fear and Loathing in Las Vegas and The Brothers Grimm was when Terry Gilliam almost made The Man Who Killed Don Quixote. It’s also the period when he almost made Good Omens. He had a lot of high profile stuff fall apart in those few years, and ended up working for the Weinstein Brothers. By all accounts, the relationship was strained from the moment Bob came in with money right before cameras rolled, all the way through production and into editing where Gilliam got so frustrated with the experience that he took a six month break and made Tideland. In terms of chaotic and headache inducing productions, this must have been something special.

The end result is exactly what I think I would have expected from Terry Gilliam going Hollywood. He’s too dedicated to his vision to break at a certain point, and putting him up against Bob and Harvey Weinstein was going to lead to friction. So, the middle point between them ends up feeling overstuffed and undercooked at the same time. This is the most middle of the road picture Gilliam made, still touching on his hallmark themes and carrying his signature visual stylings, but pretty obviously cut down from something longer. I would guess that Gilliam’s original cut was 20-30 minutes longer (not even really taking into account the famous and very expensive opening scene that got cut), and I think the movie needed it. The stuff that disappeared would have provided more time with our central two characters Jacob and Wilheim, providing more time for their conflict of visions to play out, and with the Mirror Queen (who feels like little more than the ornate ornamentation that surrounds her) and Delatombe, the French military commander who appears in the last act as a major antagonistic force after largely being a background character for the first two thirds.

Jacob and Wilheim Grimm are brother con artists, using knowledge of the local folklore in French occupied Germany to put on dishonest demonstrations that they fend off with flare and puffs of smoke after which they get paid for their services. Caught by the occupying French, they are sent to a small town where nine little girls have gone missing. The Grimm Brothers employ the help of a local huntress and begin unraveling a little fantastical mystery about the forest, a high stone tower, and the legends of a queen who desired eternal life.

The two brothers are mirror images of each other. Jacob is the dreamer, a typical Gilliam protagonist, who wants his dreams to become his reality, while Wilheim is the realist who won’t see anything but the harsh reality around them. This is all very much in line with what Gilliam had done before, in particular The Fisher King, but now they’re in a mostly plot driven story that still manages little meanderings here and there while bringing in an outside threat late in the game that’s meant to feel like a larger extension of the conflict of visions (pitting the brothers between the Mirror Queen, a fantastical monster, and Delatombe, a more realistic monster), but Delatombe feels so underdeveloped and his introduction to the final act so rushed and underexplained that I largely wish he had simply been cut from the film past the halfway point.

And that kind of encapsulates my problems with the film. There are a lot of things in this movie, and very little of it feels fleshed out. Jacob and Wilheim, at the center of it all and the focus of the theme in dramatic form, get the most attention and come out good enough, but the story around them is so chaotic that it undermines the movie’s efforts.

In terms of how the movie looks, it largely looks great. Gilliam used his $80 million really well. The sets are gorgeous, the costumes detailed, the makeup convincing. The problem arises when CGI gets involved. This was 2005 and The Lord of the Rings had already gone through its entire cycle in theaters, and The Brothers Grimm looks like it was made in the 90s rather than the 00s. The CGI is cheap looking and never, ever convincing, and it’s pretty prevalent throughout. I imagine that more was meant to be done practically, but it never feels like the effects and the practical realities around them are in the same place. It’s an unfortunate and very noticeable flaw in the movie’s generally very good visual aesthetic.

I also quite enjoyed the acting. Matt Damon and Heath Ledger work really well together as Wilheim and Jacob. Lena Heady is a firecracker as Angelika. Peter Stormare is kind of hilarious as Cavaldi, the torturer and guard to the Grimm Brothers. Jonathan Pryce is also wonderful as Delatombe.

The pieces were all there, but the script (which apparently was Gilliam’s efforts on top of Ehren Kruger’s spec script, writing that the WGA refused to give Gilliam credit for because they apparently hate him) really needed another draft or two. It needed to iron out the extra stuff and integrate Delatombe better. I imagine that a longer edit might have addressed these things, but I suppose that’s just something we’ll never see. Who knows? Maybe Criterion will get their hands on all of the excised material and give Gilliam the resources to assemble the cut he always wanted. I’m not holding my breath, though.

1 thought on “The Brothers Grimm”