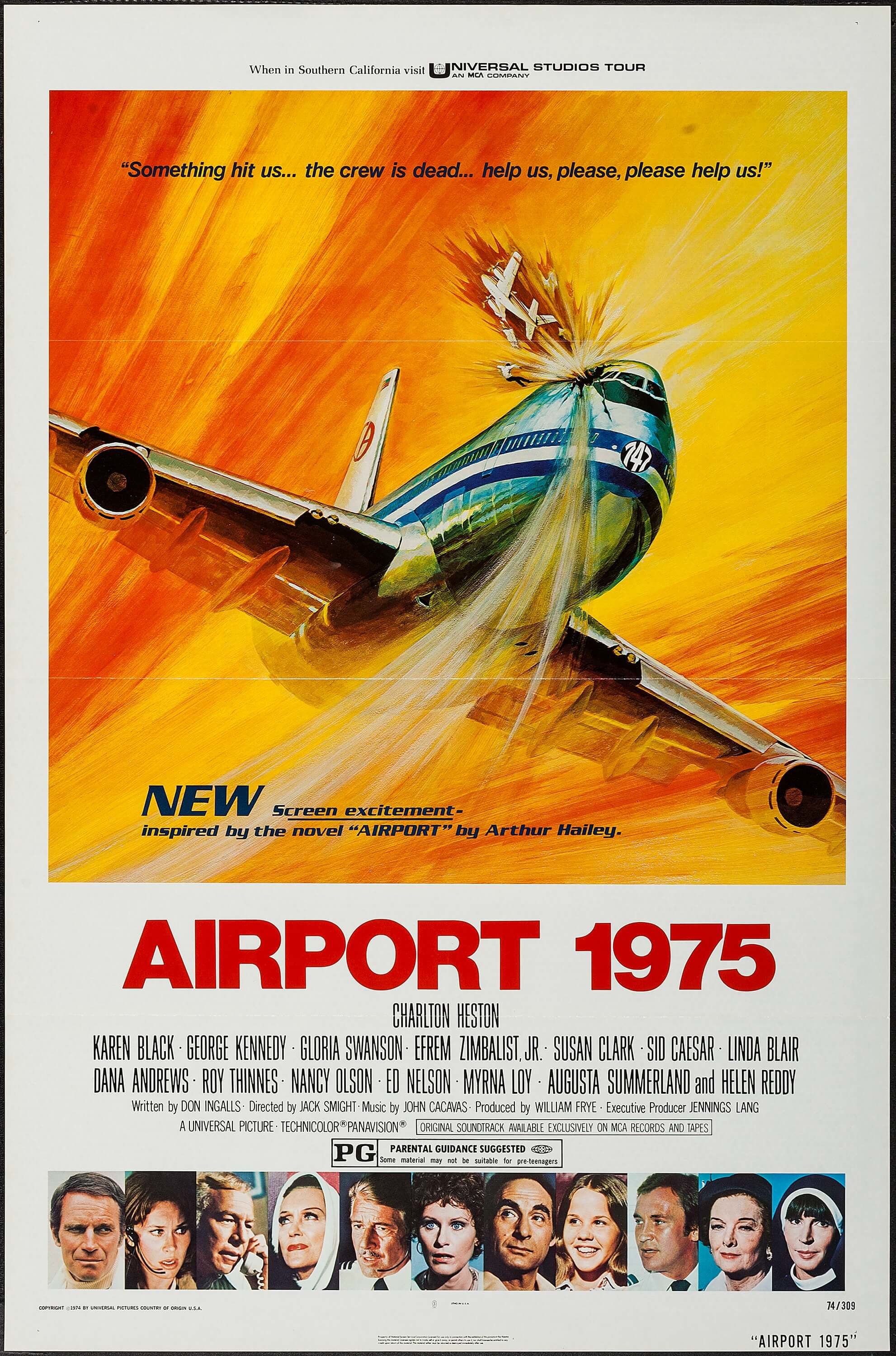 #2 in my Ranking of the Airport Franchise.

The core of this movie is the danger, and I thought that the danger was only moderately well handled, a limitation of its budget. Outside of that we get our collection of random nobodies that don’t do enough to establish an emotional connection and a strained romance between the two most central characters. For a movie that seems to hinge almost entirely on spectacle, there’s not quite enough of it done well enough.

I don’t hate this movie at all. It’s moderately entertaining in a low-rent disaster movie sort of way, but it simply doesn’t have enough to bring it all together as a whole. The disaster itself feels so unbelievable that it helps undermine everything that comes afterwards. A little twin-engine Cessna falls into the flight path of a 747 and damages it so badly that its wing tears into the 747’s cockpit, killing two of the flight crew and blinding the third. I’m far from an expert on airplanes, but I imagine a Cessna wing clipping a 747 would damage the 747 but not tear huge holes in it. Maybe I’m completely wrong, but the movie didn’t sell it to me. That could be my fault for underestimating its ability to capture the physical reality of flight, though.

Still, it happens, and once it happens that’s the set up of the film. Of course, it takes forever to get there because we have to spend so much time with all of the little people that we’ll never quite care about who populate the plane. As I mentioned in my Airport ’77 review, the disaster genre is a weird mix of procedural and ensemble picture that requires a long running time to sell both sides with an inherent handicap in that they don’t mix well at all. The best way to go about it is to have the character moments dominated by the people actually doing things to address the plot based problems. Spending ten minutes with a girl who needs dialysis and a new kidney and the nun who sings her a song (sound familiar, Airplane! fans?) in the back of the plane is just a distraction.

The two central characters with the strained romance are Murdock, played by Charlton Heston, and Nancy, played by Karen Black. He is an expert in 747’s and on the ground. She’s the head stewardess on the plane and ends up taking the controls. There’s something about lack of commitment from him early in the film, but it barely gets addressed again. I mean, you wouldn’t really expect the two to be hashing out their personal problems right after he got lowered from a high speed helicopter by a winch into the open hole in the cockpit to land the plane. And there is the inherent contradiction of the disaster genre. In a situation like that, do people talk about their relationship issues? Do they matter? If they were to suddenly stop working the controls to talk about getting married instead of eternally just together, would it make any emotional sense?

And they largely don’t talk about such things, focusing on the task at hand. The latter half of the film is sillier (because of the efforts to get Heston onto the plane) but more focused on the kind of story the movie wants to tell. There are some visual disconnects because the 747 they rented for the exterior shots never really looks like its in danger while the set-bound stuff is rife with it, but it marries well enough for the moment. Heston landing the plane is handled well and everyone gets the resolution they deserved.

It’s okay. It’s not bad. In this backwards adventure through a franchise I’d never seen before, I’m glad things are getting better instead of worse.