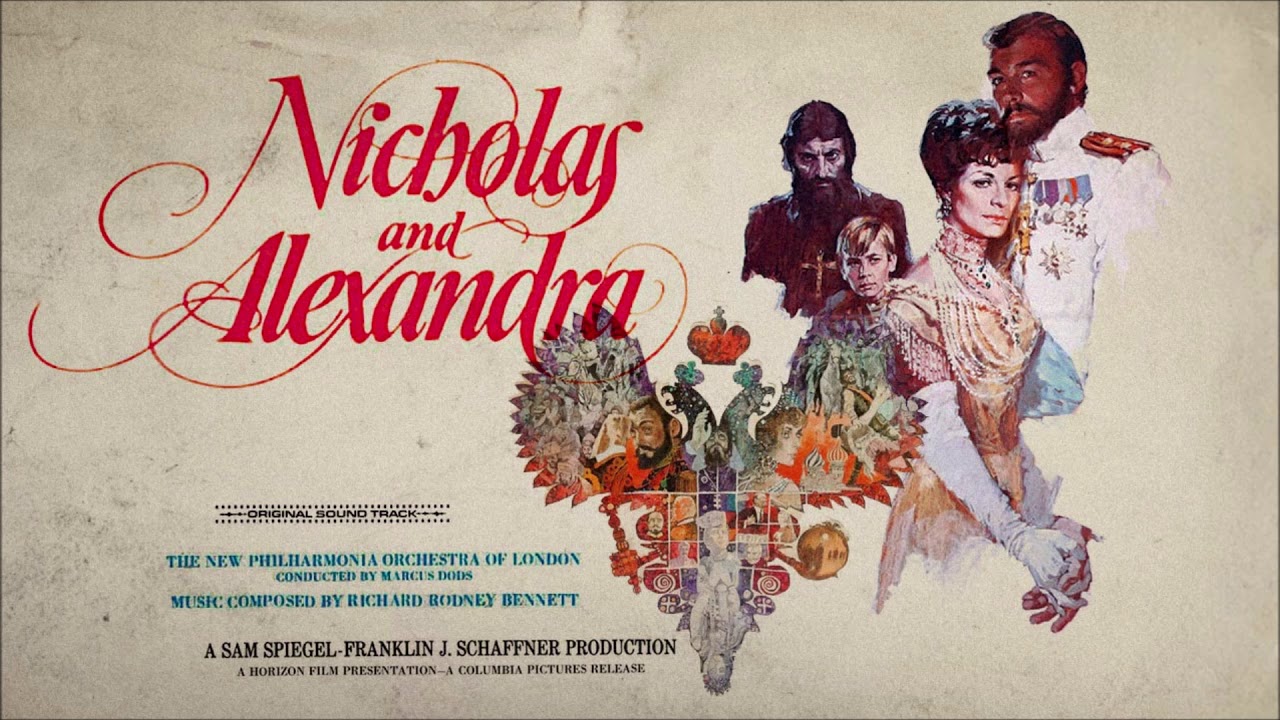 I’m not that interested in genre fights, but I think I have to step my toe into a very minor and rather inconsequential one with Nicholas and Alexandra. You see, the film is often referenced as an epic. It has some of the markers of one, for sure. It’s over three hours long, about historical people, and it involves a nation’s activity in two major wars and a world-shaping revolution. It has to be an epic, right? Well, except that the movie almost entirely takes place in little rooms and through small conversations. This is a glib description, but Nicholas and Alexandra is ultimately a drama about a man who can’t balance his work and family lives.

As presented in the film (I assume that all historical films are roughly 90% ahistorical), Nicholas was a very kind man, and out of that kindness in personal interactions bred absolute callousness for this people in the aggregate. He was a devoted husband to Alexandra and father to his four girls and one sickly son, and by being so devoted to them and to the family who came before him as he presides over the three-hundredth year of Romanov tsarist rule of Russia, he wants nothing more than to pass onto his son what his father passed onto him. That means all of the powers that Nicholas II inherited from Alexander III will pass to Alexei, no matter the cost.

Nicholas needs to pass on martial glory to his son, so he keeps Russian troops in Korea fighting Japan in the Russo-Japanese War well beyond any reasonable marker for success has faded away. He must pass on the full powers of the tsar to Alexei, so he will put down any efforts to create a parliament and liberalize the backwards country (his mother calls Russia in 1904 an 18th century empire in the 20th century) so that Alexei will have what Nicholas had. It’s these acts of kindness (along with his later unwise and guileless decisions that helped lead to the explosion of hostilities at the start of The Great War) that ultimately spells his fate, the fate of his family, and the fate of his country into communist repression at the hands of Vladimir Lenin.

The movie makes a lot of Alexei’s hemophilia, describing the illness and its potential ill effects while Alexandra dotes on her sickly son, keeping him from any bumps that could lead to deformities or death, and it serves as an apt metaphor for Nicholas’ handling of state affairs. He has a series of small bumps that cannot be treated once made, ballooning with blood and ultimately deforming the form of the state.

Alongside Nicholas is, obviously, his German wife, Alexandra. They are obviously deeply in love throughout, but their relationship is not quite even. She lords over him in subtle ways, most prominent in her embrace of Grigori Rasputin, the mystic holy man she brings to court above everyone’s objections. She sees him as the key to Alexei’s health, attributing every decline in the boy’s health to Rasputin’s absence and every relapse into good health due to Rasputin’s presence. Nicholas cannot fight this line of thinking and allows it, perhaps even subscribing to it himself. That is, until Rasputin’s enemies kill him with several poisons and bullets.

Everything collapses, though, as the Great War drags on, more Russian soldiers die, supply lines never improve, and St. Petersburg descends into a state of anarchy that only the tsar could possibly abate, but Nicholas moves too late. By the time he gets back from the frontier, calls for his abdication have moved from quiet corners to the lips of some of his greatest friends in government. He cannot continue to rule and ends up, along with his family, shuttled around the vast nation with no one wanting to take ownership of him, not even his English cousin, King George. Eventually, as civil war between the monarchist Whites and the Bolsheviks rages closer to the Romanovs, drastic action erupts in the execution of the whole family.

It’s a solid telling of the story. It’s firmly entertaining with strong characters from beginning to end on which to hang the story of Russia. I think it’s easy to call to mind The Last Emperor, which told a somewhat similar story of the final emperor of a great nation. As a drama, it’s good, but, I do think that genre mixup could point to something. The story feels like it should be an epic. What the movie gives us is, again, good, but I have a feeling that a rework of the material to make it an epic that more cinematically mirrors the journeys of the Romanovs with the evolution of life in and the government of Russia would have benefited the material, in much the same was that The Last Emperor saw the journey of Puyi and the evolution of China as part and parcel with each other. But, Bertolucci was one of cinema’s greats while Franklin Schaffner was, while quite skilled, more a workman than an artist.

Still, you review movies for what they are, not what you wish them to be. And what Nicholas and Alexandra is ends up being a firmly entertaining story of a man who cannot manage his work and family life. Again, it’s glib, but I feel like it’s an accurate description.

4 thoughts on “Nicholas and Alexandra”