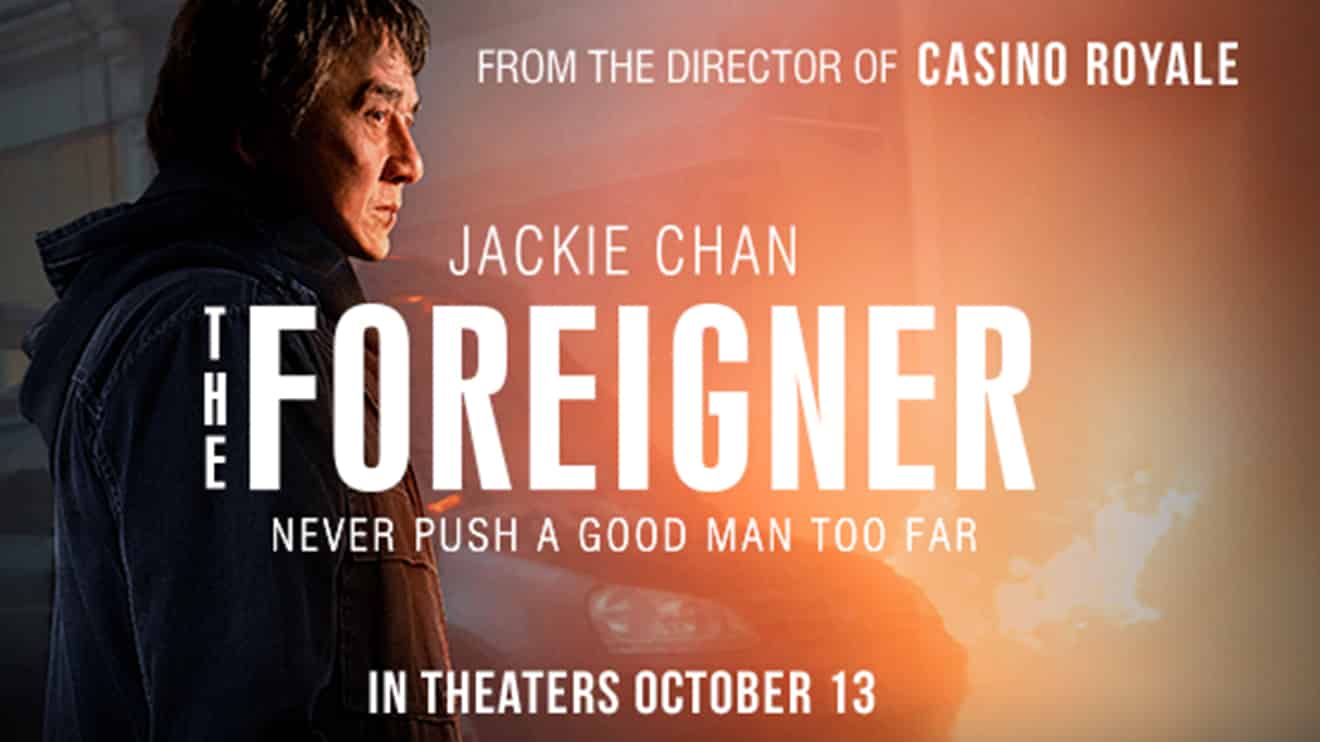 Martin Campbell may not be an auteur, but he is certainly a competent craftsman with an eye for well executed physical action. Not everything he makes hits the mark (The Legend of Zorro is a misfire more attributable to the poorly written script than anything on Campbell’s part), but he’s managed to direct two of the best Bond pictures. Pairing him with Jackie Chan, well known for his own brand of physical action, was a smart move. The script has some issues, but the pair do manage to bring it all together in the end.

My problems with the film really extend to just its first half or so. The tale it’s trying to tell is overly complicated in a way that I don’t think is all that necessary, and its ties to real world politics starts out feeling wrong somehow before clearing it up through personal character connections later in the film. I think the title is a bit misleading as well. I don’t hold titles against movies ever, and I’m not starting now, but Jackie Chan’s Quan is more of an elemental force that shows up at times and helps drive the actual main character, Pierce Brosnan’s Liam Hennessy, to action at a faster clip than he would otherwise want.

So, an IRA offshoot cell detonates a bomb in a London dress shop where Quan’s only remaining daughter has run in ahead of him to get a dress for a school function. Quan is racked with guilt after having lost his first two daughters in his escape from Vietnam decades earlier already, and the loss of his third daughter seems to drain him of any emotion. He seems to stop being a human being and becomes a weapon in a 60-year-old restaurateur’s body. He gives up his shop to his loyal employee and heads out into the world to find his daughter’s killer.

At the same time, Liam Hennessy, the deputy First Minister of Northern Ireland, receives the news of the explosion and the connection to the IRA with a mixture of disbelief and anger. As a former member of the IRA and current political leader of Sinn Fein, he lives and works as a bridge between the English crown and the Irish who have agreed to an unsteady truce after decades of violence. He has to make both sides happy by finding the bombers for the crown while not pushing the Irish men who could easily take up arms again against the crown. It’s this part, which takes up a large chunk of the first half of the film, where I think the movie fails. It’s a bit confusingly presented, perhaps expecting a level of knowledge of the Irish/English situation that I simply did not have (like what the First Minister of Northern Ireland actually was), and it seems to get a bit lost in the details. Ultimately, it pays off, but I do wish that this part had been streamlined a bit more.

Anyway, the two characters converge as Quan politely asks his way up the chain of command for the names of the bombers, convinced that someone in the government at some level knows and simply won’t tell him. He ends up focusing on Hennessy exclusively, becoming a terrorist in his own way to pressure Hennessy into revealing what Quan thinks he knows. How this first really manifests feels weird to me (Quan sees Hennessy at his office, gets rebuffed, blows up a small bomb in the bathroom hurting no one, and Hennessy refuses to give up Quan to the police). I don’t see why Hennessy wouldn’t give Quan up immediately instead of trying to alternatively protect Quan and then take him out himself even with the information the movie reveals later.

Once past that, though, the movie begins to hum along at a much smoother clip. With the first half establishing the terrorist cell, it’s offshoot status, Quan’s quest, and Hennessy’s need to find the bombers (both from the crown and from Quan’s threats), the movie actually becomes a thriller against the clock as Hennessy tries to smoke out the Irish leader that the cell is reporting to, it goes wrong, and Quan becomes more dangerous.

Brosnan, I think, is the real heart of the film. He plays a slippery man, but he’s more naïve than bad. He’s simply gotten in way over his head, hoping to not hurting anyone but finding himself to be the impetus that ignited a series of events that lead to deaths. His increasing panic as he tries to keep his head above water is what drives the film, especially the latter half. Chan, on the other hand, isn’t asked to do much in the acting department. With the death of his daughter, as I said earlier, Quan becomes elemental, almost stonelike in his quest for vengeance and justice. He keeps a rather muted and sad expression for the bulks of the film when he’s not doing action stunts. It’s an effective play for Chan, but Quan, once he decides to use his American special ops training, is more a living weapon than a character.

So, it’s a bit messy at times, especially in its first half, but I think that its second half really does pull the whole package together rather well. The action is top notch and Brosnan provides a strong emotional basis on which to build the tension.