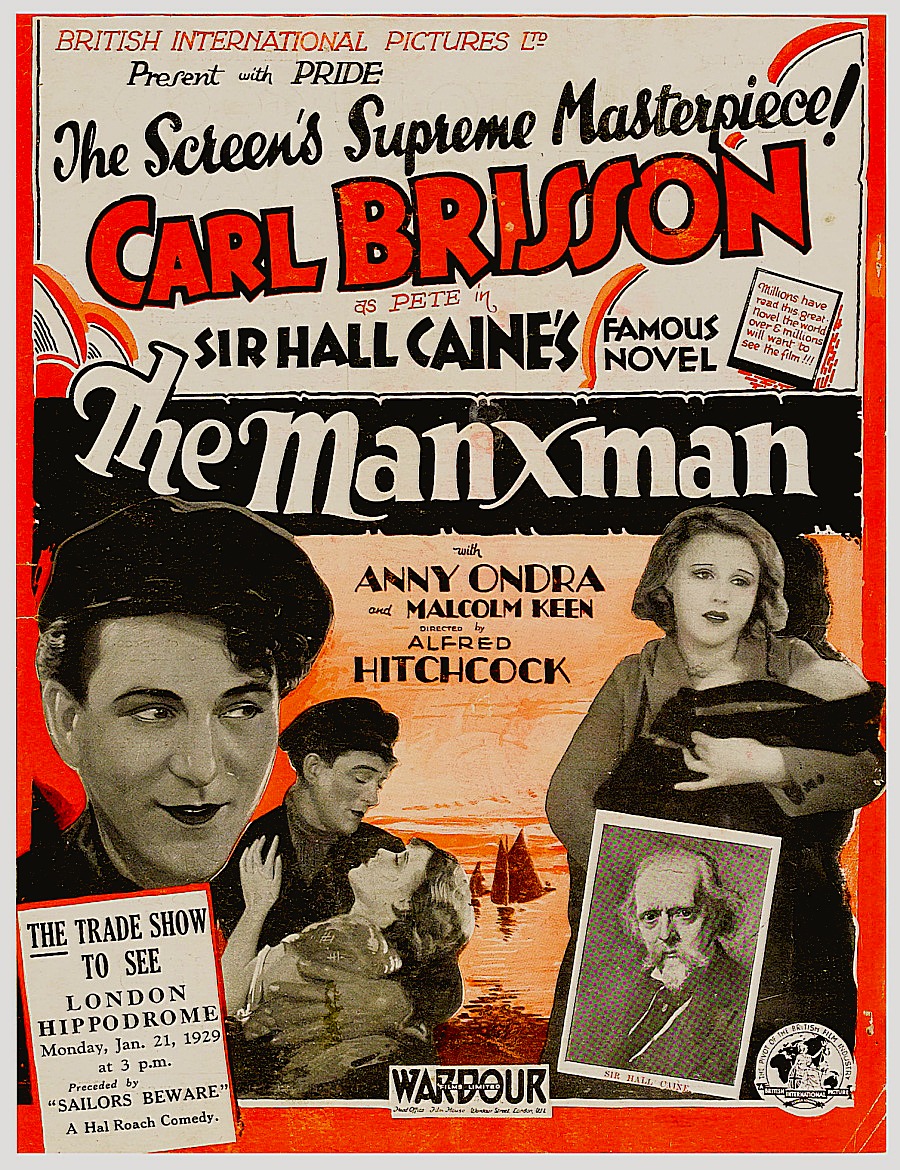 #40 in my Ranking of Alfred Hitchcock’s films.

Here’s a weird little movie that leaves out all of the legwork needed to make dramatic moments work but still manages to raise an interesting moral question at its center. It’s based on a novel by Hall Caine, and it feels like many subpar adaptations of novels that are more interested in getting the great moments into the movie rather than building a cohesive narrative that can stand on its own.

It begins with two lifelong friends, Pete, a working class fisherman, and Philip, an up and coming lawyer, (we are merely told that they are lifelong friends instead of really seeing it in the movie’s first instance of skipping over the legwork of dramatic narrative) getting a petition signed in favor of the local fishermen. This is literally never mentioned again after the five minute mark.

Pete decides that he’s going to go abroad on a ship to make his fortune, and before he leaves, he runs to Kate, his crush, to get her promise to save her hand for him until his return. Being a flighty girl, she accepts. Pete is elated, but Kate realizes what she’s done and feels like she might have made a mistake. Pete convinces Philip to look after Kate while she’s gone. In the movies next large example of skipping over the legwork, Kate and Philip growing closer and falling in love is covered by a view of Kate’s diary that covers months of time. We literally never see them together until after Pete has sent word that he’s coming home. The first time we see Kate and Philip alone together is essentially a breakup scene. This scene carries absolutely none of the dramatic and emotional weight it should because we haven’t seen them together before.

Pete comes home with some money, and he and Kate get married rather quickly, much to the satisfaction of her father who was disapproving of Pete before due to his previous poverty. In the movie’s next large legwork skip, we go from the wedding day to an intertitle that says that Kate is trapped in an unhappy marriage and Philip has gone to London to study law in preparation for his assumption of a judgeship at home there on the Isle of Man (called a Deemster there). The first scene we see Kate, she looks pretty happy, but then she breaks down later bemoaning her unhappiness, unhappiness we’d never seen anything of until that point. It’s another emotional moment that falls flat because the dramatic legwork hasn’t been done. Instead of showing us how she’s unhappy with a doting husband with money, all we get is an intertitle.

Philip returns and Kate tells him that she’s pregnant. The timeline is squiffy, but it seems like Philip and Kate had a physical relationship (it doesn’t help that we see literally none of their relationship), Pete came home, Pete and Kate married, Philip went away and return in no more than three months, long enough to Kate to have sex and find out she’s pregnant without anyone else realizing it. Maybe four months. Anyway, she has the baby, but she’s still unhappy. We, of course, never see her unhappy at home, so when she shows up at Philip’s new office as Deemster and says she’s unhappy, we can’t really believe it. She’s so unhappy that she leaves her baby alone at home for presumably hours before Pete shows up to find their baby alone.

The truth comes out in a dramatic courtroom scene where Philip gets accused by Kate’s father of bringing dishonor upon his daughter, having figured out the truth through a series of clues. Philip resigns from his position on the spot, takes Kate and the baby, and Pete returns to the sea a broken man.

Okay…so if the movie had actually done the dramatic legwork required to tell this story, I’d actually be really happy with it. The big moments are there and they work quite well. I don’t really like the performances of the two male actors (Pete overacts and Philip is one-note depressed), but Anny Ondra, who plays Kate, is really good. She carries her moments really well, and since she’s the dramatic crux of the film, she more than carries her weight through dramatic scenes that add up to less than they should. The central question, though, is inherently moral, and the movie comes to a conclusion on that question that is surprisingly moral and open ended. It’s one of the more interesting things about pre-Hayes code movies. There was still a high moral component, but there was no directive that the bad guys lose. Twenty years later, Pete would have gotten Kate, the baby would be unquestionably Pete’s, and Philip would have resigned and gone off on his own.

It’s a real mixed back that should be better than it is. It’s an example of how adaptations go wrong, making sure to get in all the good bits without working to make the connections between the goods bits just as good. The movie is less about being a story unto itself and more about being subservient to the novel on which it is based. Hitchcock’s last silent film is another stumble that misses the mark.

1 thought on “The Manxman”