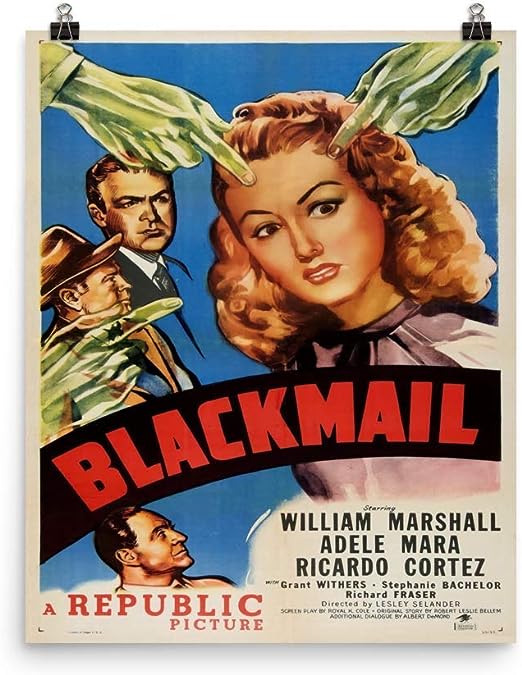 #36 in my Ranking of Alfred Hitchcock’s films.

This was Britain’s first sound picture, immediately on the heels of the technical marvel that was The Jazz Singer, and it shows. Hitchcock did manage to do some interesting things with his first foray into sound design, but the bulk of the sound, especially in the film’s first half, is laborious and almost pointless, an excuse to use sound rather than a way to extend the story.

This movie takes forever to get to the point. Alice is in a relationship with a young police officer, Frank. She’s not terribly faithful to him and spends a long scene with him at dinner in a restaurant going back and forth on whether she wants to go to the movies with him, ultimately angering him so much that he storms off. She very quickly meets up with a local artist of little renown and goes up to his flat where she models for him before he tries to rape her and she ends up killing him with a nearby knife. That sequence of events takes about half an hour and is punctuated by long scenes of dialogue that seem to exist for the point of existing. Conversations are flat and meandering, and they’re filmed boringly too.

The first rigs to capture sound with picture were ungainly and very loud, so loud that the camera and cameraman had to be completely encased in a box to keep the noise from reaching the microphones. This limited what the cameras could do, and Hitchcock, who had been making movies for a few years and had developed a certain flair with camera movement, suddenly had to have his camera locked down in a single spot to capture everything. In terms of camera, the cinematic form actually took steps backwards by about twenty years, and the Blackmail in particular suffers for it. It’s really easy to tell which parts were filmed for sound and which were filmed silently because the parts filmed silently are actually interesting to look at.

The titular blackmail doesn’t actually appear until about an hour into this eight-five minute movie. Alice has become consumed by her action, seeing the limp hand of her attacker everywhere she looks and focusing on knives in unnatural ways. The single best sound part of the film happens while Alice is sitting at her dining table, surrounded by her fellow residents, and the conversation falls away save for the recurring use of the word knife by one woman. It’s actually quite inventive and forward thinking, showing that Hitchcock was looking for the best way to use his new tool early in its life. It’s after this, as Frank figures out most of the truth based on some evidence he found at the crime scene, that a local ruffian tries to blackmail the two. He has the upper hand, but Frank ends up turning the tables and initiating a chase into the British Museum.

I don’t think the movie has quite figured out the moral of the story by the end. Alice committed what would arguably be justifiable homicide (though I’m about as far from an expert in British criminal law of the 1920s as anyone could be). The blackmailer wasn’t using blackmail to wrongly accuse anyone of anything, but only to let the truth out that Alice had committed the murder. Should he have died for that? He wasn’t a good man, but was death the right price? It’s also interesting that Alice ends up deciding to turn herself in only for Frank to stop her. Should she have turned herself in or not? It’s like if Crime and Punishment had ended with Raskolnikov just wandering away from the police station without turning himself in.

Individual sequences work quite well, especially the chase through the British Museum, and there’s one really good example of early sound design, but I think the movie hasn’t quite thought through its own story and most of the sound work is really boring. It’s a mixed bag that’s remember more for its place as Hitchcock’s (and Britain’s) first sound picture than its merits as a film. Anny Ondra is really good as Hitchcock’s lead again as well.