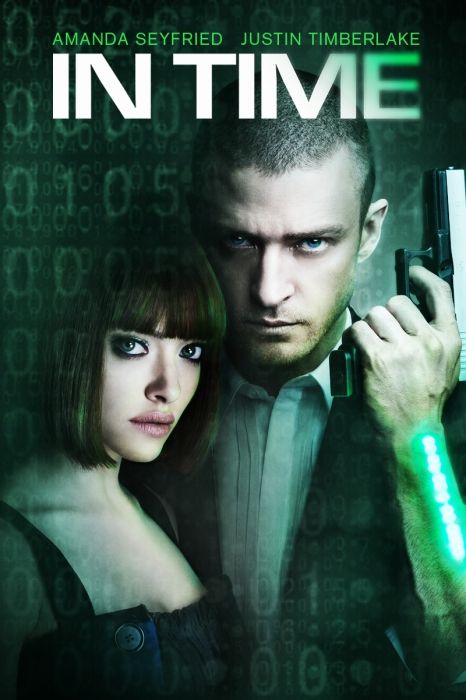 There are two major things to think about when trying to parse In Time. The first is the basic building blocks of story, the plot, characters, and structure. The second is the metaphor. Normally something like a metaphor wouldn’t take a huge spot in analysis because it’s usually not that prominent, but with In Time, there’s just so much attention given to the metaphor that there’s little space left for any of the other elements of storytelling.

This movie is really, really stupid. It’s a surprise to me to write that even ten years after the movie’s release and its reputation of a dumb, thin action movie metaphor has been solidified by time, but Andre Niccol is still the man who wrote and directed Gattaca, one of the great science fiction films that maturely approached the idea of genetic engineering in humans as a vehicle through which to look at prejudice. In Time feels like it was written by a guy who watched Gattaca once, felt like it needed a more obvious message and a lot more out of nowhere action heroics.

I will say, the early conception of how the world works is kind of neat. Time has replaced all currency after genetic engineering has won and everyone is kept at the age of twenty-five for the rest of their lives. It’s the sort of concept that can support a short film pretty easily, but by stretching the idea out to feature length, Niccol took it past the breaking point. It simply stops making literal sense after a certain point, really once he tries to expand the world. A lot of what makes the concept stop gelling is the metaphor.

You see, Andrew Niccol doesn’t like capitalism, but he doesn’t seem to understand what it is. Instead of a creating a science fiction society where the economic system is one where free trade between willing individuals is the norm, he created one where an elite control a top down economy with extreme regulations around the basic transfer of wealth including simply moving from one area to another. You know…not capitalism. It doesn’t help that the main bad guy, Phillipe Weis, says that the game of poker he plays with Justin Timberlake’s Will is pure capitalism, the world of dog eat dog. A game of poker.

Fine, let’s just give it its poorly thought out metaphor that doesn’t mean what it think it means, and let’s talk about the rest of the film. First things, first, the world makes no sense. It reminded me of Panem in The Hunger Games, but it felt significantly smaller, like the entire map shown in the office of the police was about the size of Los Angeles. That’s an entire command economy ruled by an elite in a few hundred square miles. It’s the sort of size that makes sense, again, in a short film format but makes less sense once pulled out to feature length. It makes the world feel small. The other thing is that, apparently, there’s no industry in the world other than the creation of the little metal things people carry around to store extra time. Late in the film, all work stops when everyone gets a bunch of time, but what are people doing with that time? What are they spending it on because suddenly no one’s making anything. Also, banks are shockingly poorly defended to the point that over the course of a week, Will and Phillipe’s daughter Sylvia can ram vans through all of their glass fronts to steal all the time and hand them out to anyone gathering around. This world makes no sense.

Did you know there’s a story in this movie? I mean, it’s hard to tell with all the piss poor world building and thin and stupid metaphor, but it’s there. Well, sort of. It’s also stupid especially in its moments of “high drama”. Will gets a hundred years from a rich guy tired of living, and as he goes to meet with his mother, she runs out of time as she’s flying through the air to grab hold of her son in her final seconds. The sight is kind of hilarious. From there, Will decides to take his anger out on the system, so he goes into the rich part of town and…immediately goes to a casino. Where he wins a few centuries from a rich guy (Phillipe). It almost feels like this guy with a dead set purpose is just wandering around in an effort to accommodate world building, because that’s exactly what’s going on. He gets found out on suspicion of the rich guy’s death (with police who are entirely uninterested in investigating a death) and immediately becomes an action hero, pulling guns from police holsters and firing perfect shots to escape, kidnapping Sylvia along the way. They become a Bonnie and Clyde type pair and Sylvia instantly falls in love with him (because they are both the leads, you know). It’s all thin and stops constantly so that people can make the metaphor clear just one more time in case you missed the thirteen other times it’s been made clear in the last fifteen minutes.

The movie looks pretty good, though. Props to Roger Deakins for keeping things in focus while probably wondering why he had accepted the job at all for weeks.

The more I think about the movie, the less I think of it. I’m happy to accept metaphor in film, but it’d be nice if it made sense and wasn’t constantly repeated again and again and again. There are a lot of storytellers who have one good film in them. Niccol managed two: Gattaca and Lord of War. This movie is an embarrassment and Niccol should be ashamed of it.