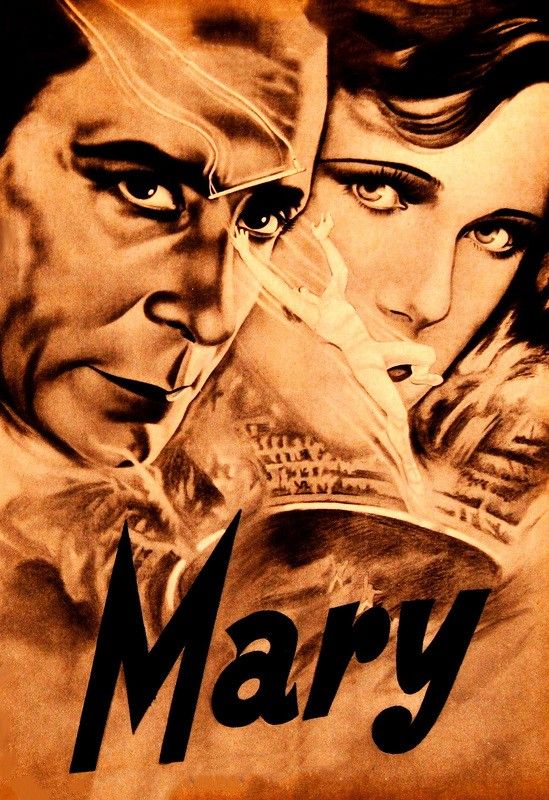 #45 in my Ranking of Alfred Hitchcock’s films.

I’m not actually going to review this. The only copies I could find did not have English subtitles, but I did watch the whole thing in German. Since I know precisely two and a half words of German, I wasn’t really able to follow the action of the movie in any great detail. However, the fact that Mary is almost the exact same movie as Murder! except in German, I can at least talk about it a bit.

I can’t find what the schedule was, whether both English and German casts were there at the same time, they worked alternating days, or the English cast finished everything and then the German cast came in, but Hitchcock filmed both. Based on the very specific nature of the doubling, I’d guess that the German cast came in very soon after the English cast finished particular scenes. Almost shot for shot, this is the same movie as Murder!. In an interesting little piece, the jury foreman in the English version misplaced vote cards several times in the single shot of him sorting, but in the German version the foreman doesn’t misplace any of them. There’s also a shot in the English version with a studio light in the left part of the frame but is missing from the German version, replaced by a lamp post. It feels like Hitchcock was able to make small visual improvements the second time around which implies, to me, a very quick shoot.

I would imagine my complaints of the story’s structure and dialogue would still hold water, but I can’t say for sure. I imagine that with subtitles I would have probably scored this the same as the original version.

As it stands, though, at least Mary is an interesting remnant of how early movie studios tried to take advantage of foreign markets.