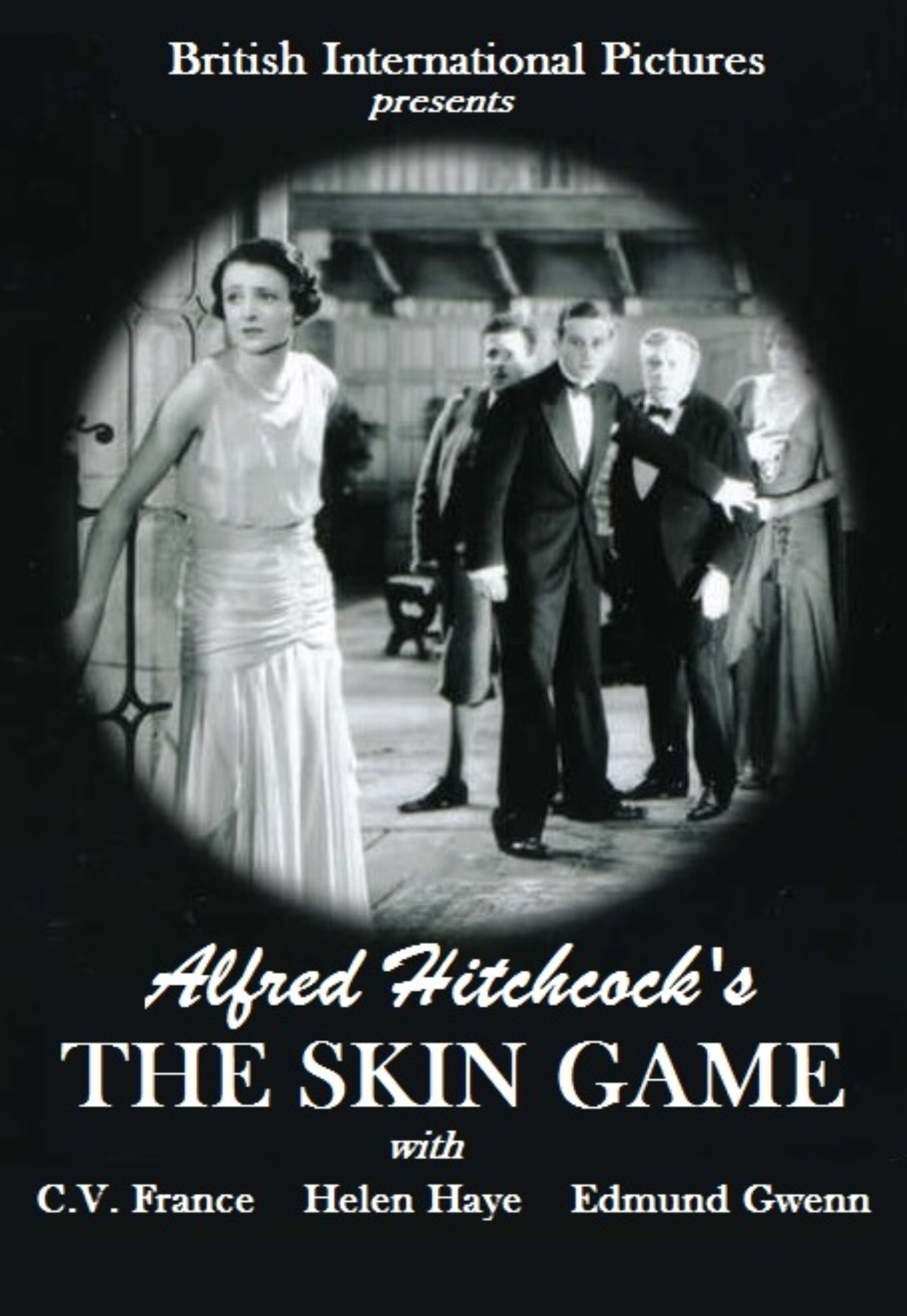 #26 in my Ranking of Alfred Hitchcock’s films.

I found it hard to not think about Juno and the Paycock as I finished The Skin Game and read the little there is to read about it. Much like the former picture, The Skin Game is based on a play, but unlike Juno, it actually feels like a movie. Hitchcock wasn’t able to do much in terms of scripting and the choice of the project wasn’t his being a studio assignment and limited by contract to keep pretty much all of the original play intact, but it doesn’t feel like someone set up a camera in front of a theater stage and just filmed the actors. I was really surprised to see that The Skin Game actually has a rather negative reputation, being tossed off as almost nothing. I actually quite liked it.

It’s the story of two families at war, particularly the patriarch of the nuevo-riche Hornblower family and the matriarch of the old money Hillcrist family. Hornblower is new to the area and buying up as much of the land in order to create an industrial base while the Hillcrist’s remain utterly opposed to the changing of a single thing in the area from building more chimneys (factories) to removing a single couple from their cottage of 30 years. What I found most interesting about the film’s structure was that the rather generic feeling families at the beginning gain layers and break out of their stodgy stereotypes.

We start the film with Hornblower evicting that elderly family from their cottage of thirty years, in contradiction of the gentleman’s agreement he had made with Hillcrist when he bought the land. There’s something different afoot when, making a call at the Hillcrists, Hornblower says, “Well, if it’s important to you, why don’t you build them a cottage?” The Hillcrists refuse. Hornblower owns the cottage now and he has a use for it (to house the workers of his new factories), but Hillcrist insists on simply sitting on the sidelines and telling those around him what to do without doing anything himself.

The action really turns around the purchase of one large piece of untouched land called the Centry. Hornblower goes to buy it, but the Hillcrist agent convinces the owner to put the land up for auction instead. The auction scene is the most cinematic of the movie with whip pans between the different bidders and a great use of sound as the auctioneer takes the bids and others speak in whispers. Hornblower gets the land at an inflated price because of Hillcrist’s bids, and Lady Hillcrist decides to take her vengeance. The tool of that vengeance is Hornblower’s daughter-in-law, who has a past of helping men get divorces by being the “other woman”. It’s a sordid bit of business, but Lady Hillcrist has few qualms about using this information to hurt Hornblower.

And that is really the crux of why I like this movie, I think. First off, Lady Hillcrist and Mr. Horblower are played by Helen Haye and Edmund Gwenn who originated the roles on the stage. They’re great in the roles. Secondly, Lady Hillcrist is an evil woman who will destroy the life of a young woman, pulling herself up from the dregs of society and her own past of sin through an advantageous marriage. Hornblower, the supposedly amoral man of no name, sacrifices everything he has gained in the area to try and support his daughter-in-law, giving up the Centry in order to try and protect her.

Hitchcock has a very good cast, uses his camera and the tools of editing to create a film that feels like more than just a filmed play. It also continues a series of films he had made about young men and women paying for the sins of their past, a theme that is surprisingly strong especially considering the nature of Hitchcock’s contract work. It’s a good film filled with strong performances. I do not understand the dismissal so many have towards it.

2 thoughts on “The Skin Game”