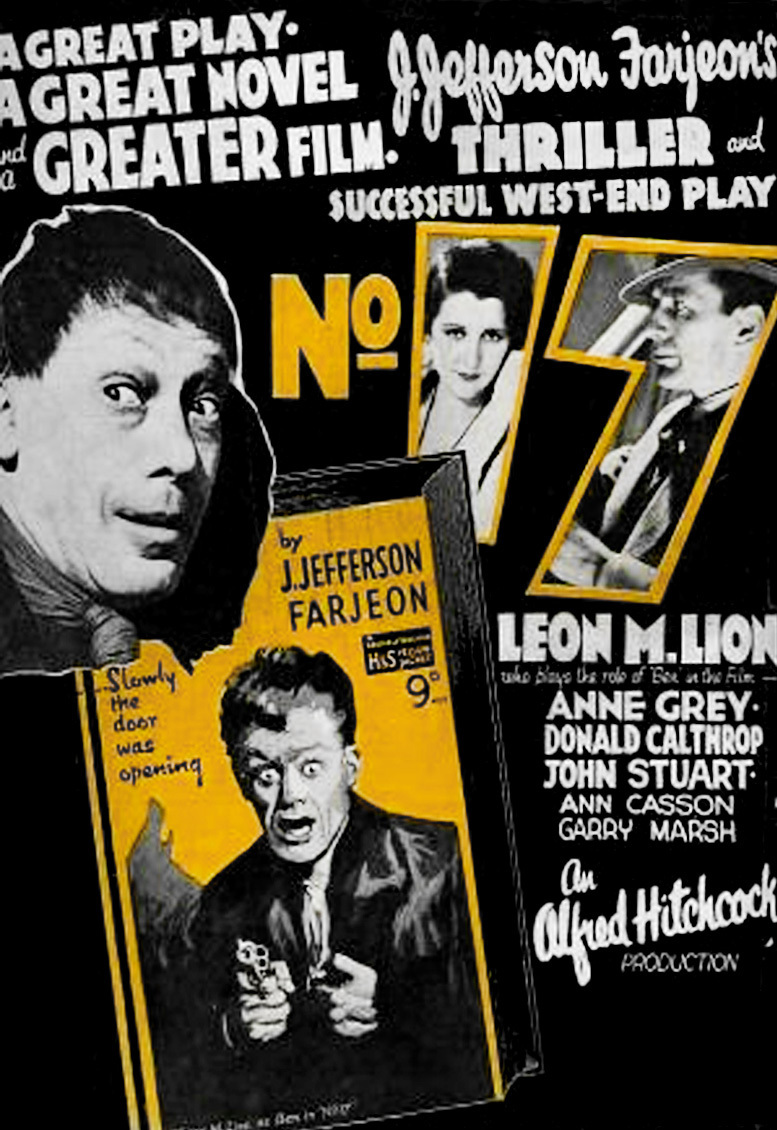 #42 in my Ranking of Alfred Hitchcock’s films.

This movie is just way too short. It’s about 65 minutes long which gives us enough time for an expressionistic opening, jumbling around over half a dozen characters in a game of cat and mouse, and then an extended chase between a train and a bus. It’s a mixed bag of a film where the characters get completely lost in a lack of introduction or definition while being shuffled around with hidden identities while being a technically entertaining exercise on Hitchcock’s part.

Since the advent of sound, Hitchcock really hadn’t had a serious outlet for some of his original visual inspiration, namely German expressionism as exemplified by Fritz Lang, but here, in the little known Number 17, Hitchcock opens his film with a daring visual treat, an introduction to the namesake run down building where most of the action takes place. Following a nameless man into the ramshackle edifice, we also see an obviously lower classed man descend the stairs at the same time with shadows thrown around in extreme angles with the two ultimately finding each other and a dead body.

In falls a girl from the thin and unpatched roof who claims that the dead body is her father. There’s a lot of claiming of identities in this movie, and very little of it sticks because we don’t really get any time with any of the characters to get to know them. Seriously, this movie is only 65 minutes long and has an extended chase sequence at the end. It ain’t got time for character building.

In walks three more characters, two men who don’t know each other (raising questions about why the first lets the second one in after him) and a mute and deaf woman who tags along with the first man. No one is who they seem. The dead body disappears, another man appears, and confusion reigns as people claim one identity before dropping it for another. It’s all very confusing and could probably be sorted out with a second, much more close viewing. However, like many Hitchcock thrillers to come, the specifics aren’t as important as the chase itself. You see, there’s a MacGuffin, a necklace, and a police officer and a criminal at the center of this mess of characters. Who is who is the question, but the chase is the point.

And when the chase begins, the movie opens up from its play bound roots and becomes something rather fun. The good guys chase the bad guys with the necklace’s location in question and unknown to most as the bad guys hop onto a train trying to make their way out of England while the good guys hop on a bus, commandeer it, and make chase. It becomes a combination of location footage, set footage, and model work (that’s adorable in how close it gets but remains so far) that works really well together, ending in a crash and the plot resolution where a couple more character reveals happen.

As a technical exercise, this is Hitchcock being playful, macabre, and fun all at once. It feels like a precursor to North by Northwest. The central problem is that there are simply too many characters floating around and no time to get to know them. If there was at least 20-30 minutes more and perhaps one less character, there could have been enough time to sort out who was who, who they said they were, and who they actually were. As it is, I got lost then was just happy that I stuck through it for the fun ending.