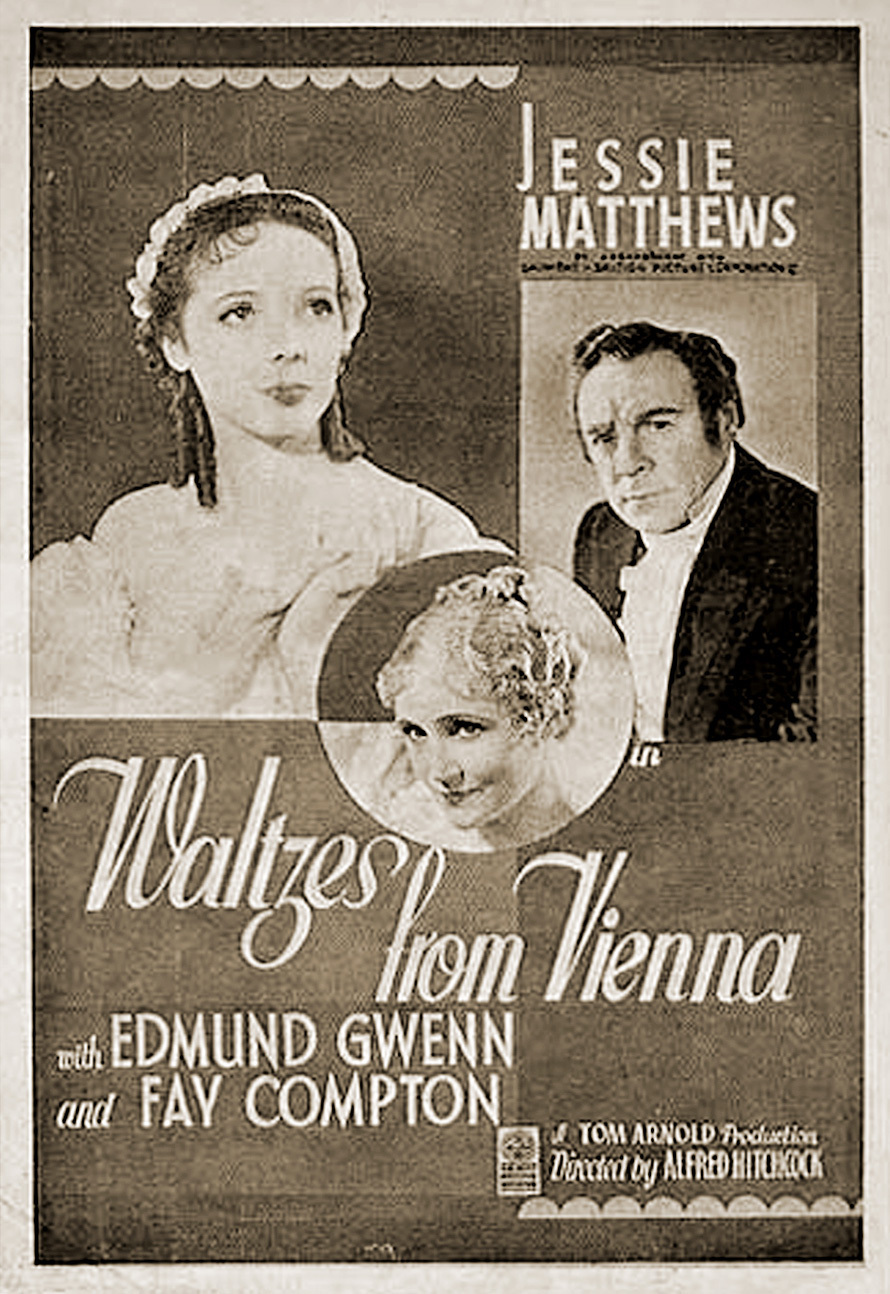 #43 in my Ranking of Alfred Hitchcock’s films.

Did you know that Alfred Hitchcock made a musical comedy produced by Tom Arnold? Okay, not that Tom Arnold, another one. And, it’s not really a musical comedy as it is a light romantic comedy with lots of music. It’s also a piece of terrible history gently packaged in situational comedy elements that never takes itself too seriously and walks off stage almost as quickly as it came on. It’s unchallenging, slightly amusing, and respectably made.

The story is a highly fictionalized account of the younger Strauss’s writing of “The Beautiful Blue Danube”, his troubles with his father, and his efforts to explain to his sweetheart that the old woman asking for his time is only interested in his music. All of it feels very slight, the sort of series of problems that could largely be fixed with a simple conversation, especially the mix up between Strauss and Resi, the baker’s daughter he’s sweethearts with. Any dramatic tension inherent in the situation is undermined by the fact that they could find a solution if they just talked about it, and it’s not a situation where the two are afraid of the truth or something. They just don’t get around to talking about it.

Another problem I have is with Resi herself. She’s a nobody, nearly almost engaged to the son of one of the most famous musicians in Europe, and she has absolutely no time for him to pursue his music. By the end of the movie, she gives the ultimatum that boils down to the music or her. Even by 1934, I imagine this had to have felt tired and contrived.

The one dramatic element that works best is the clash between father and son, though it’s underdeveloped and doesn’t carry as much as it should. Strauss Senior wants his son to be a follower to him rather than to try and make something new. The Junior runs off into the arms of a Countess who believes in his new way to approach music and supports him emotionally and financially in the arrangement. Father is stuck in his ways and blind to his son’s efforts to move on his own way in the same musical streams. The storyline comes to its closing at the story’s end when Strauss Junior conducts Senior’s orchestra and plays his “Blue Danube” to great fanfare. It takes Senior sometime after the performance to calm down and acknowledge his son’s critical and artistic success, but he does.

Now, the movie’s light dramatically, but it’s primarily a comedy. It does have its moments where it is actually quite amusing, though I’d never call it laugh out loud funny. The scene where Strauss Junior figures out the basics of the piece of music is done in Resi’s father’s bakery, and it’s the sort of simplistic device one expects from something light like this. The sound and rhythm of different actions within the bakery come together melodically in his head to form the beginning of the orchestration and he runs out desperate to get it on paper. It’s light, predictable, but amusing. The plot to get Strauss Senior late to his own performance so that Junior can orchestrate instead (done without the knowledge of either Strauss) has some funny moments as Senior becomes exasperated with the time he’s losing. The final scene should be funnier that it is, though I do understand the sort of humor it’s going for.

Strauss Junior, dejected after his command performance because of his losing of Resi at having played at all, goes home to his second story apartment. There, the Countess finds him and tries to console him, and just as they are about to break through their barriers and become physically intimate (in a 1930s sort of way), the Count comes to the door, beating it down for his wife. The Countess must hide, Strauss must prevent the Count from finding her, and Resi comes along and must take the countess’ place. It’s surprisingly sloppily filmed, eschewing tight timing for confusion and a lack of clarity.

So, it’s not that successful dramatically and not that successful comedically, but it’s light (have I used that word enough in this review yet?) and a quick 75 minutes. It’s at its best, though, when music is center stage, in particular the premiere “Blue Danube”. There’s obvious intelligence going into how those sequences are assembled so that the visuals flow with the music. Overall, a mixed bag, but not without its merits.

1 thought on “Waltzes from Vienna (or, Strauss’s Great Waltz)”