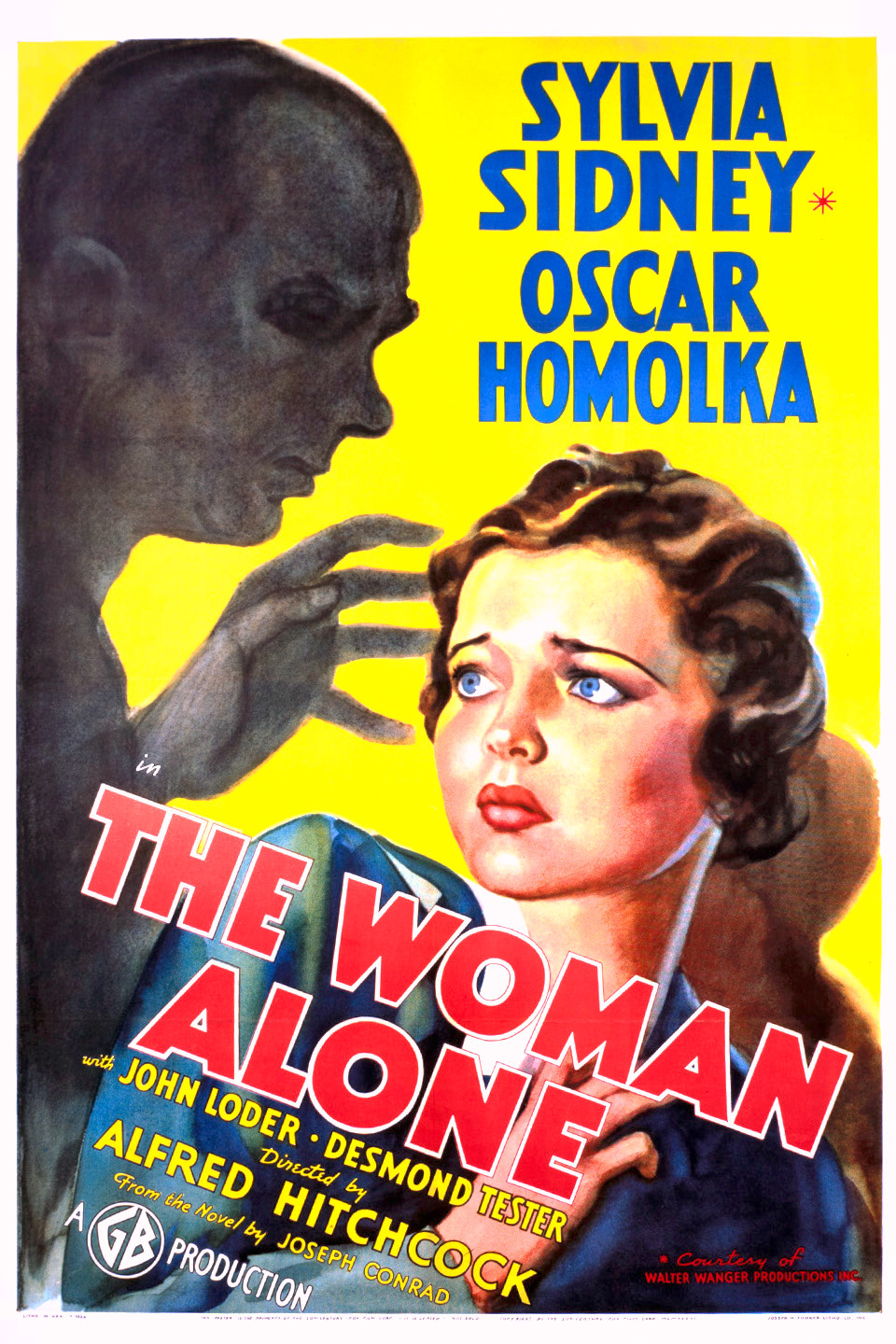 #33 in my Ranking of Alfred Hitchcock’s films.

And Hitchcock makes a quick return to form with his next film after the stumble that was Secret Agent. Sabotage isn’t a thoroughly entertaining as The 39 Steps, but it’s a tense and claustrophobic thriller that goes to a surprisingly dark place. It just needs to get through the first half or so in order for that tension to really start.

My problem with the first part of the film can be encapsulated by taking a quick second out of the film and looking at how the film was marketed. It was originally released as Sabotage, but it was re-released as The Woman Alone. It’s not an argument about which title is better (I prefer Sabotage), but the re-release title actually cuts to the heart of the matter (in slightly melodramatic fashion). The central figure of this story is the woman, Mrs. Verloc, but for the first half of the film or so, we’re torn between her and an undercover policeman, Ted. It’s through Ted’s eyes that we see the initial opening of the mystery, getting answers to questions that Mrs. Verloc doesn’t get until the final act. Instead of focusing on her and letting her question the reality of her husband (sort of like Gaslight) we, the audience, get the answers almost immediately while she plays catchup.

The mystery is around her husband, the owner of a small movie theater. He’s the saboteur who caused the blackout that started the film, and, through Ted, we follow him to a meeting where he receives further instructions on planting a bomb. He raises some moral concerns that are quickly forgotten, and he’s off to pick up the bomb. The problem here is a problem of perspective. I really think the entire thing should have been told from Mrs. Verloc’s point of view. She should have heard from Ted that Mr. Verloc was up to no good, but she can’t believe it because he’s such a good man. And Mr. Verloc would claim persecution, so she would be caught in between, and the audience would have to juggle the evidence along with her. Instead, we know from the outset that Mr. Verloc is the saboteur, and the first half or so of the film feels explanatory rather than tense.

However, the perspective of the film really does move to Mrs. Verloc rather thoroughly at a certain point, and, mixed with the wonderful bomb sequence (that ends horribly for a certain character), the movie really gains the focus it had needed up to that point. Mrs. Verloc quickly finds out the true nature of her husband, and the tension mounts as she becomes trapped in the back room of their theater and home, looking for some kind of escape.

I love the second half of Sabotage. It works on every level it should, and it’s exciting, tense, and all around well-executed. Sylvia Sidney as Mrs. Verloc is really good as the scared wife, and Oskar Homolka is appropriately dangerous as her husband. The plot mechanics all come together and fit like a glove in those final moments to give the movie its proper send off. I really just wish the first half had been rewritten to give us something more than a rather bare explanatory look at the criminal at the center of the film. It’s not as interesting as it could be and the latter half of the film deserves better. It’s not a bad first half, it’s just merely functional where it could have been just as effective as the second half.

It’s good, but it could have been one of Hitchcock’s great British films. I’ll take it, though.