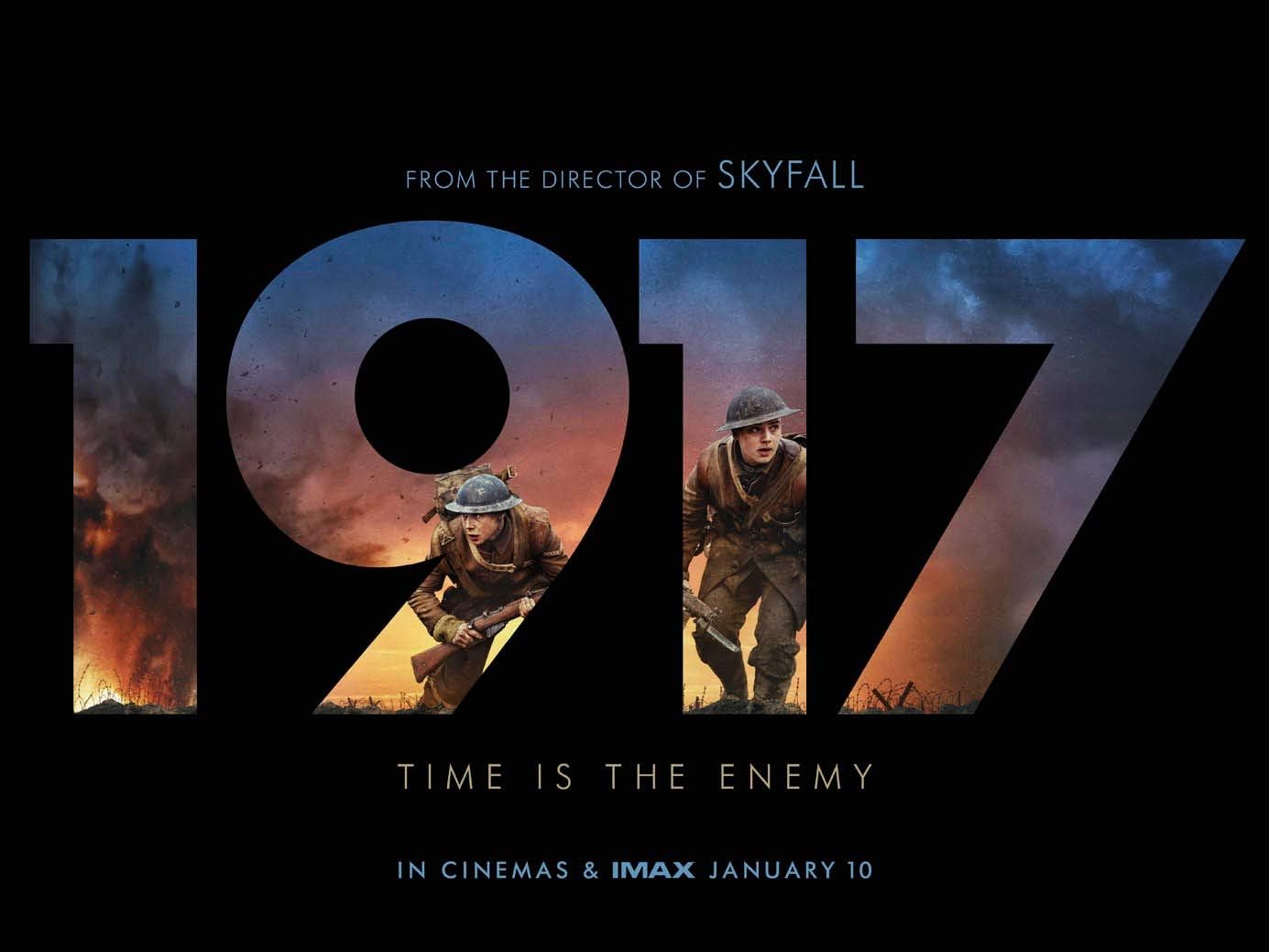 If I were actually attempting to fill out my 11-20 of a top 20 of all time, Sam Mendes’ 1917 would be fighting for a spot. I adore this film. From opening frame to closing fade out, I think this is the work of a masterful voice in complete control of his technical gifts while using extreme intelligence in the use of images and telling an extremely affecting emotional story on top. This is a film I am going to be watching repeatedly over the coming years, and I think I’ll be getting more out of it with every viewing.

First, the required comment on the “one take” stuff. I do think this story could have been told without the gimmick. I think it works marvelously well as it is, and I do not want to change it, but I bemoan the fact that the discussion of the film always seems to revolve around the method. I think it’s an easy, low-hanging topic that a lot of people can latch onto and call distracting, seemingly hobbling the movie in their eyes. I wish that conversation didn’t have to happen.

That being said, the “one shot” (it’s actually two, but whatever) is executed really well. There are moments where invisible cuts seem kind of obvious (like when Scofield is getting out of the truck, the angle on him from one side of the wipe to the other, hidden by a coat, doesn’t feel quite right), but otherwise the technique ends up working best in its biggest and its smallest moments.

There are several obvious influences to 1917, but in terms of moments, it’s Saving Private Ryan that came to mind first and foremost to me. In my review of Steven Spielberg’s masterful World War II film, I said, “In a movie that has two fantastically large action sequences (D-Day and the Battle at Ramelle), its best moments are very small.” I feel much the same way about 1917. There are two scenes in particular that call that to mind. The first is in the small French town on first, Scofield ducks out of view of the occupying Germans and ends up in a small hidden room with a French woman and a baby. The kind gentleness between Englishman and French woman, her turn of emotions from terror of the new man in front of her to terror for him as he decides to leave and continue his mission, and Scofield’s immediate self-sacrifice at the sight of the young child, offering up every piece of food he has as well as some milk he had picked up along the way, is a marvelous quiet little moment. It works almost as a short film unto itself, but it’s actually a key part of Scofield’s emotional journey. The second moment is the final scene of the film, where Scofield meets Lieutenant Blake and gives him news of his brother. The quiet way both men barely control their emotions demonstrates the power of reserve in film rather than excess.

So, the story itself. Word has come that an advanced until of sixteen hundred men are falling into a trap set by the Germans who are performing a feint back into their own territory and readying a much stronger push. In order to head off this disaster, the general sends Lance Corporals Blake and Scofield out to hand deliver a message to the Colonel in charge that orders him to draw back. Blake and Scofield need to advance through No Man’s Land to the abandoned enemy trench, across a river, through the small French town of Écoust-Saint-Mein, and to the hidden English position. Without knowing what they’re marching into, every step feels like it could be their last. Quiet, relaxing moments are few and far between the extended moments of tension and terror as they question what is right around the next corner.

The story is simple enough, but it’s the execution that really sets the movie apart. From the beautiful images of the burning French town with Scofield in silhouette to the use of cherry blossoms, the movie is gorgeous. On top of that, it’s not just that the movie looks really good, but it uses its images really intelligently. The easiest way to look at that is to point to the structure of images. We start in a green field and we end in another green field, but in between Blake and Scofield march through mud, blood, swim through raging torrents of water, and run through a ruin of a town on fire, feeling quite a bit like Hell. It feels like a descent over the course of that Good Friday, with the nadir coming in the small dark hours between Friday and Saturday. As Scofield gets to the line, desperate to stop the attack before it begins (with obvious echoes of Peter Weir’s own masterful film Gallipoli), he jumps out into a green field just as artillery are beginning to rain down on it, starting the process of tearing it apart into the No Man’s Land we had previously seen our characters wade through. It’s that desecration that Scofield is out to stop as much as saving the lives of the sixteen hundred men. It’s a visual reinforcement of the idea central to the story.

Scofield’s emotional journey, though, is the real center of the film as a whole. When he starts the film, he’s recently traded away his medal that he was awarded for fighting at the Somme for a bottle of wine. The idea of glory has been eroded to nothing with him, and it’s through Blake that he begins to open his eyes again. That’s why the meeting with the French woman is so good. Scofield has made a promise to see the mission through, not because it’s his mission but because he’s forced himself to adopt Blake’s sense of duty and dedication. Almost by osmosis, Scofield has begun to be less cynical towards the fight around him. He goes from, after barely escaping the booby-trapped German line, nearly walking back through No Man’s Land to the relative safety of the English line to offering up everything he has to a stranger. It’s the enormity of the experiences that he’s going through that are changing him, from a close death to a near death experience and finally to the sight of a lone woman with a baby not her own, desperate to survive for just one more day, that pushes his worldview so that by the time he does get up over the lip of the trench to run through those green fields to deliver his message faster, it’s a believable moment of selflessness from him.

My brain was firing on every cylinder as this movie progressed. It was about the halfway point when I realized I was watching something truly special, something more than just another great movie but something that stood out from the rest of the crowd. I haven’t been moved or engaged with a new release like this since Terrence Malick’s The Tree of Life. Sam Mendes made something absolutely incredible with 1917. We don’t seem to get traditional war movies anymore. Instead we get directors who made studios a lot of money in a franchise followed by almost esoteric new takes on warfare. Namely, I’m thinking of Christopher Nolan’s Dunkirk and this. I can’t really complain that we’re not getting movies about generals pointing out over a field and demanding a flanking maneuver when we’re getting stuff like this.