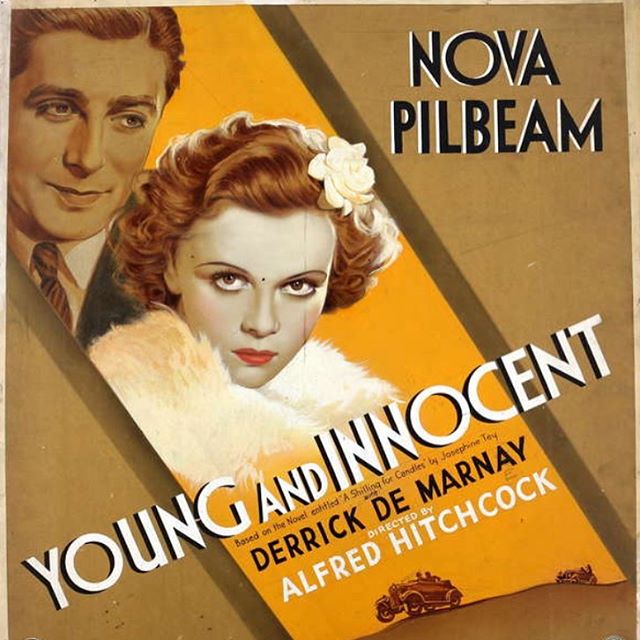 #32 in my Ranking of Alfred Hitchcock’s films.

This movie kind of just forgets about its central mystery for about an hour, and I really like it for that. Well, it’s not completely forgotten, there’s still a search for a raincoat that is supposed to hold a key to the mystery, but it never really feels like the focus for that solid hour. Instead we get a nice little romance with tinges of tension here and there. It’s a nice little diversion of Hitchcock’s waning British era.

A woman has washed up dead on the beach outside a small English town, strangled to death by the belt of a man’s overcoat. Robert finds the body and runs to get help. As he runs away, two women see both the body and Robert running, assume the obvious that he’s the killer, and Robert become the main suspect in the woman’s murder. The movie skips over what Robert was doing in town and how he came back, which might have cleared up the question of his guilt for the characters, but let’s move on without asking too many questions!

He gets taken to the police station where he gets questioned all night by Scotland Yard. In the morning, the Chief Constable’s daughter, Erica, revives him from a fainting spell after Robert finds out the woman left him several thousand pounds in her will. Being a small town with little police excitement, Robert is able to take advantage of the local police’s lax policies and slip out of custody. Now, this is where things get decidedly genteel British. Robert finds Erica in the countryside, her car having run out of gas. He helps push the car to the petrol station where he pays for the gas. Because he has helped push and paid for the gas, Erica decides to not inform the gas station attendant of who the man is and what he’s accused of, despite the fact that she is convinced that he’s a murderer. It’s not that she’s scared, but she would feel guilty about turning him in after he was such a help to her. It’s thin and not really believable, but let’s move on without asking too many questions!

At this point (about fifteen minutes into the movie), we’ve had a bit of a rocky start, but it mostly loses sight of the mystery of the murdered woman to focus on our two leads played by Derrick de Marney and Nova Pilbeam. As they drive around from an abandoned farm to her aunt’s large house to an industrial center, they steadily get more acclimated to each other in a meet cute series of events that works because of the general gentility of the affair. He works towards clearing his name with her, convincing her with his story and some small pieces of evidence he can dredge up while they go searching for the coat he had lost which will hopefully prove his innocence when he finds it with the belt intact.

The best single sequence is, amusingly, a child’s birthday party. In order to sell the trip out to the industrial center, they make a stop at Erica’s nearby aunt’s house to pay a quick call. It’s obvious that Erica’s aunt is no dummy and she can tell that this so-called good friend of Erica’s doesn’t belong. He can’t seem to keep his own name straight and they independently tell her different careers that he’s pursuing, but the British gentility that dominates the film dictates that they are not allowed to be rude and leave early with the aunt’s knowledge. That inability to move is the source of the nice little bit of tension that Hitchcock drags out for a few minutes before the pair of outlaws (very genteel British outlaws to be sure) slip out the door and drive away.

So, the nice little genteel romance finally gives way to the actual plot in the final minutes, and we get our resolution. Except it’s not much of a resolution since the movie has been so completely unconcerned with the true killer’s identity until the last section of the film that we haven’t had any clues to follow. It just suddenly comes up and gets solved with seconds to spare. It’s not the most satisfying way to end your murder mystery, but that was never really the point, was it?

Young and Innocent is just like its original title suggests. It feels like it comes from an alternate universe where the worst thing you can do while running from the law for murder is to offend an aunt you’ve never met before. It’s a nice little diversion of a film, never taking itself or its own mystery too seriously, and almost feeling like a comfortable drive through the English countryside with a pair of nice people who bicker here and there. It’s far from Hitchcock’s finest work, but it’s also far from his worst. Oh, and there’s blackface in it, so of course it’s been forgotten.

6 thoughts on “Young and Innocent (or The Girl Was Young)”