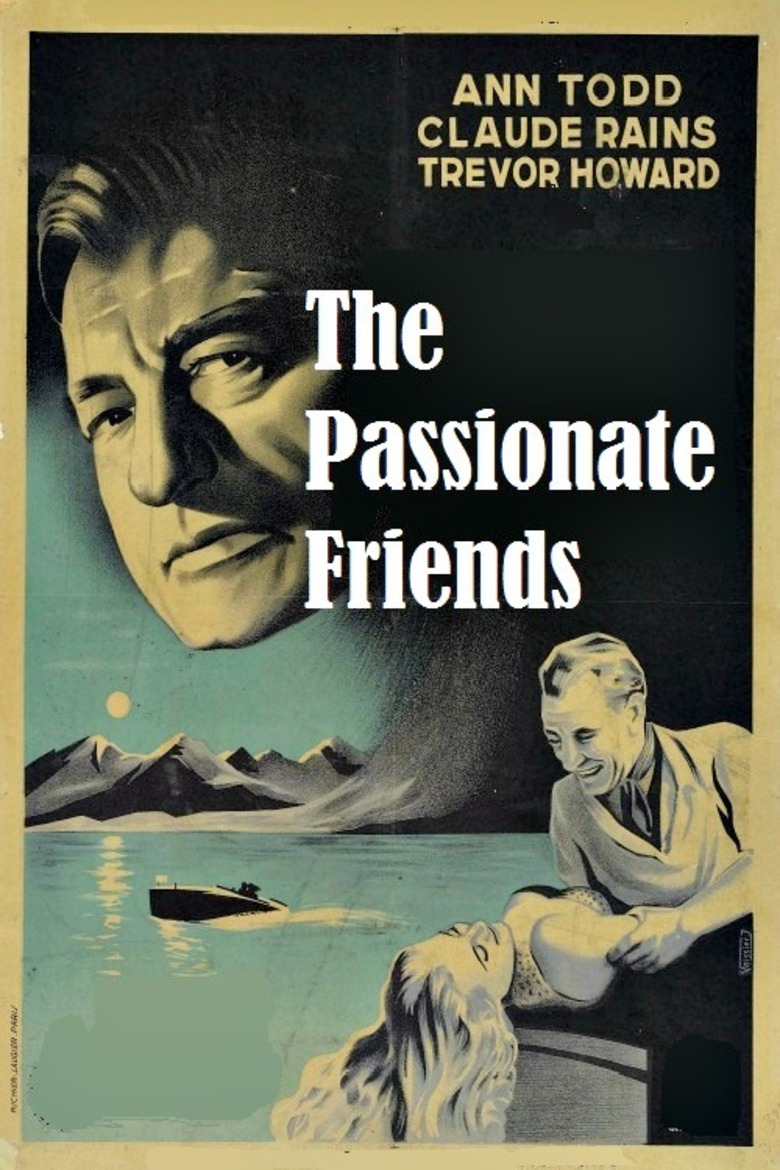 #6 in my ranking of David Lean’s films.

I’m really surprised that Anna Karenina never got mentioned in David Lean’s 1949 film of a woman caught between two men. It almost feels like a sequel to Brief Encounter, at the same time, especially with Trevor Howard in a role that has a similar (though not identical at all) backstory to the character he played in the previous film. It’s really an exploration of two types of love, explicitly defined by Claude Raines near the middle of the film, one based on trust and grounded reality while the other is “romance” (said with scorn).

The first half of the film is done in an overlapping series of flashbacks as Mary reflects on the last time she saw Steven, a lover from several years before she married her husband Howard. She’s waiting in a hotel room in Switzerland, knowing that Steven is there, and thinks back to the brief second affair they had that led to their separation. After running into each other at a New Year’s Eve party, they began spending more time together as friends, but the old passions re-emerged and they decide that they will run off together. They say they are going to a performance, she accidentally leaves the tickets at home, and they go to a bar to talk over their future together. Howard finds the tickets, goes to the theater and sees that they are not there, and realizes the truth of the meetings his wife had been having, realizing that his trust in her was misplaced. They leave London for New York, and nine years pass. It’s as they are packing up that Steven comes and Howard gives his speech about love.

At the halfway point, we catch up with the opening minutes as Mary is in Switzerland, supposedly waiting for Howard to arrive, and taking her time to accidentally run into Steven. This is where the movie really begins to delve into its ideas. Steven’s moved on. He’s happily married with two children, and he speaks of them with such warmth that Mary’s dream, her ideal of romance, slowly dies as she’s with him. She plays out how the scene should have gone in her head with Steven decrying all other women and having waited for her, but it’s not true. It’s here, faced with the reality that the romance is gone that she finally begins to move away from it, but Howard sees the two together and Steven’s friendly goodbye kiss from afar (which he misinterprets) and immediately begins divorce proceedings.

The divorce process in England at the time included notification to a third party if the third party was part of the reason for the split, so Mary and Howard end up in an unwitting race to get to Steven first. Howard’s representative presents the divorce motion to Steven at Victoria Station just as he arrives in country right after his wife greets him with Mary looking on in complete melancholy. The last vestiges of her fantasy based on memory has been shattered, and her real marriage is in tatters.

Up to this point, I felt like it was a good film and that Mary was perhaps a little too thinly drawn. It’s the final twenty minutes or so that elevates the film, though, as the decision point moves from Mary, who could honestly use more depth, to Howard, who has a functioning philosophy and drives most of the action. His final act is the act of love that he believes in, but it also touches firmly into the romantic kind that he had previously derided. The romantic love grew from the strong foundation that, despite his best efforts, he couldn’t toss aside.

This emphasis on permanent love evidenced here and in Brief Encounter is an interesting focus for Lean who apparently had a wandering eye and couldn’t stay married for more than a few years (including to Ann Todd who starred as Mary here). And yet, it doesn’t diminish the ideas behind the films themselves. Temporary things give way to more permanent things that were always there. It’s an idea that Lean seems to have returned to repeatedly in different forms over the years, and it’s a surprisingly moral take from the director. It’s also an effective take imbued by Howard, who is more of a side character for most of the runtime. The film’s good until its final moments when it becomes something else. Perhaps a better focus on Howard or a stronger central character in Mary might have helped even more, but as it stands, this is still a very good film.

2 thoughts on “The Passionate Friends”