Andrei Tarkovsky on Both Sides of the Iron Curtain 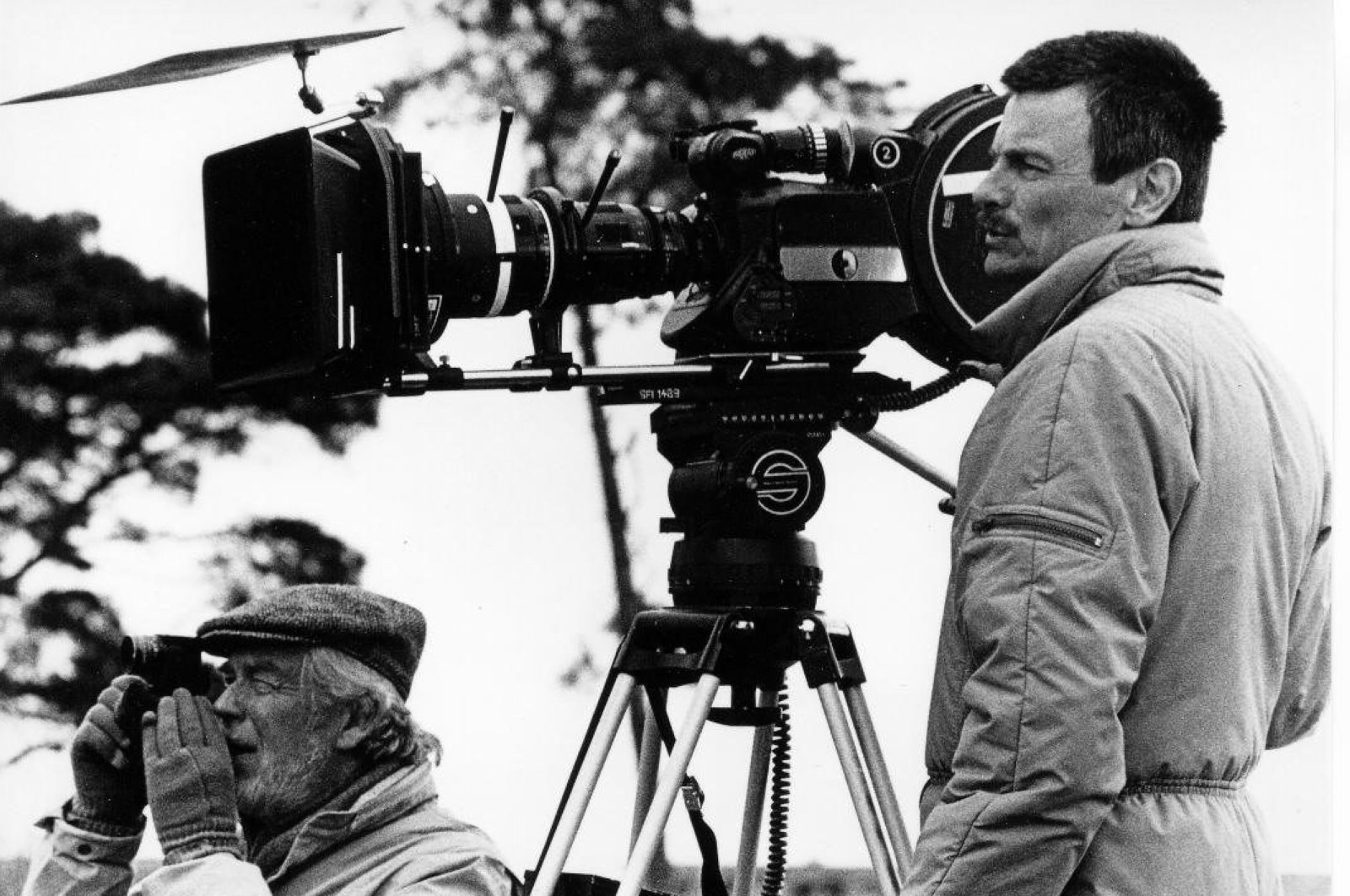 Like most tyrannical regimes, the Soviet Union spent a lot of money on art. Artists tend to fall into two camps when it comes to working under a patronage system through the government. The first are party hacks who gleefully celebrate the system they’re in. The other are those on the edges, struggling to get projects funded and completed, and never quite fitting in. An example of the first within the Soviet system would be Sergei Bondarchuk, who filmed the Soviet version of Leo Tolstoy’s War and Peace, a seven-hour film in four parts. An example of the latter is Andrei Tarkovsky.

Intensely religious in a tyrannically secular system, Tarkovsky began his film career with Ivan’s Childhood in the brief period known as the Cultural Thaw under Khrushchev. His second film, Andrei Rublev, was in production for a month before the Thaw ended, and the resulting three-hour film about a painter who never paints didn’t get any kind of release in the Soviet Union for four years until 1973, essentially being smuggled out of the country to play at the Cannes Film Festival in 1969. He was forced to remove anything explicitly religious or Christian in the rest of the films he made under Soviet rule (Solaris, Mirror, and Stalker) before leaving the country forever during the production of Nostalghia.

He was dying of cancer he most likely contracted while filming Stalker in the toxic wasteland of Tallinn, Estonia when he made his final film in Sweden, the Ingmar Bergman inspired The Sacrifice. His son, Andriosha, was quite literally held hostage by the Soviet authorities because Tarkovsky defected (Andriosha was released to his parents in the West). He died in 1986, only a few years before the fall of the Iron Curtain, never able to return to his fatherland.

He was a man of great faith who was also intimately tied to his identity as a Russian. The country’s history and his own personal history there meant so much to him that he infused his seven films with the ideas, exploring them in distinctly cinematic ways.

Some of the great films about faith were made by contemplative men, and Tarkovsky was contemplative. Influenced by Aristotle’s Classical Unities, he endeavored to create works in particular that were arranged around the idea of unity of action (Stalker, he said, was where he got closest to unity of place and unity of time). Every moment of every film is meant to feed into the central ideas he’s playing with, and the most prominent and consistent idea in his work was faith in the material world.

He’s like a mirror image of Ingmar Bergman in this way regarding their journeys of similar ideas. Where Bergman eventually came to a certain agnostic point of view when it came to his screaming to Heaven and hearing only silence in return, Tarkovsky found the silence of God to be as important to his concept of how to live a life of faith as anything else. Living under a secular tyranny, he wasn’t only faced with the idea of God being silent, but his faith being incredibly lonely, unable to share it with others in a church setting. The silence is really what defined his faith.

There are five films in his seven film body of work that deal with this idea pretty explicitly. Andrei Rublev, Solaris, Stalker, Nostalghia, and The Sacrifice are all concerned with characters trying to make sense of the material world around them through the prism of a God who stays silent. It’s not exactly subtle in the others, but it’s most apparent in Stalker, the story of an unnamed man who leads two others into The Zone, the site of a meteor crash that the government has sealed off from the outside world where supposedly exists The Room, a place where wishes come true. Stalker, the main character, wears a white rag around his neck that resembles a Roman collar of a priest. The two men with him are in a search for greater meaning. The place is supposedly filled with dangers, and yet we never see them. It’s all done through implication and storytelling, culminating in a hallway that Stalker calls The Meat Grinder, a hallway that, he says, has killed men on this journey before. No one is ever harmed on the journey, and yet there’s this constant sense of dread that something is going to happen. 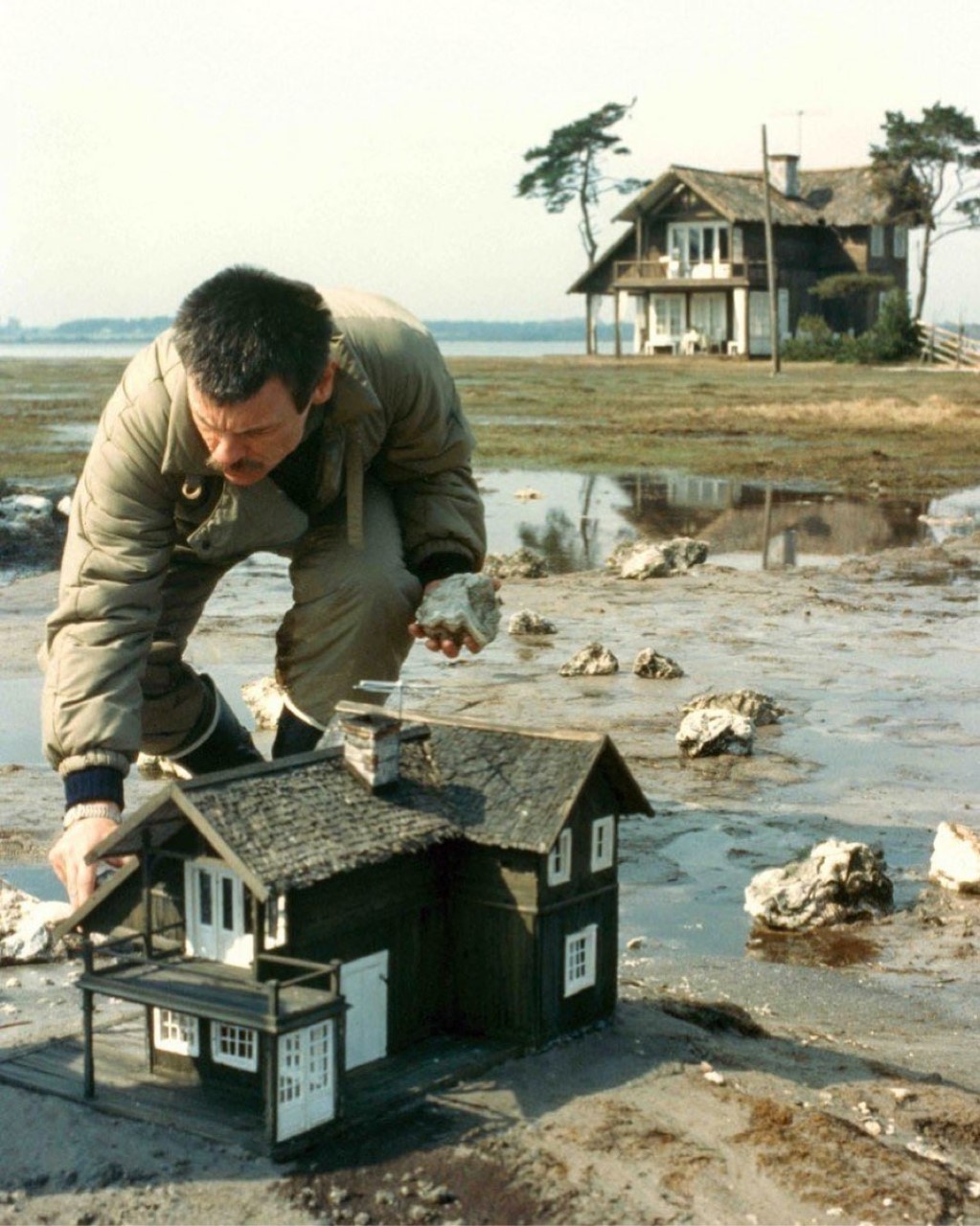 Stalker is the story of a priest leading his flock through the metaphysical as a physical experience. He can’t provide the physical proof of his belief because there is none. The Zone betrays any kind of physical reality from one journey to the next, changing its layout, according to Stalker, and all he can take from it is his stories. He’s trying to show his congregation how to live life in a way that he knows will bring peace and happiness, but he can’t prove it.

The others of Tarkovsky’s work that follow along these lines do similar things. Andrei Rublev ends with an extended sequence around the forging of a church tower bell with a young man bragging that he knows the secret of bellmaking and falling to his knees and crying at the end because he knows that he knows nothing of the secret, and yet the bell was a success. What is the origin of that success? Solaris is about a giant, living planet that humanity struggles to find ways to communicate with. Nostalghia is about a Russian in Italy who decides that the local madman’s predictions of apocalypse are true and can only be averted by his walking across an empty pool with a lit candle. The Sacrifice is about a lecturer who dreams of the end of the world where he promises to rid himself of everything to save the world. He wakes up to find everything fine, and he proceeds to follow through on his promise by burning down his own house.

There’s a unity of ideas at play in the bulk of Tarkovsky’s work, and they are earnestly about the need for greater meaning in a material world. The films in this vein that he made in the Soviet Union were either historical (Andrei Rublev) or science fiction (Solaris and Stalker) because they gave him the greater latitude to deal with religious concepts from a legal perspective under Soviet law. When he left the Soviet Union near the beginning of the production of Nostalghia he suddenly had more freedom, and he used it. 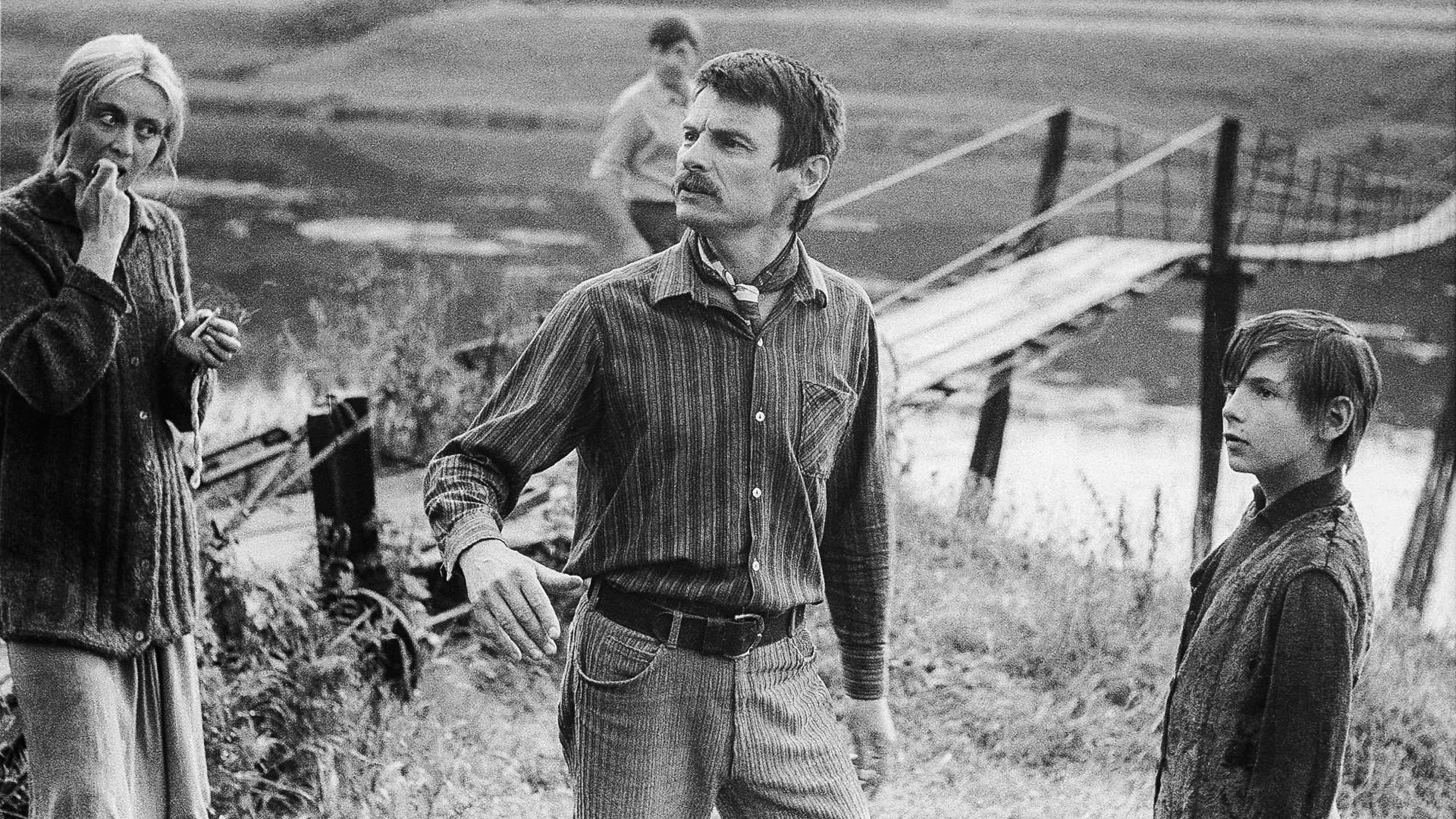 It seems like most Russians are very cognizant of the fact that they are Russians, a not terribly unusual outlook on life from any country’s point of view. What makes Russia different is its history. It’s a long, bloody, and storied history of Czars, serfs, religion, communism, revolutions, invasions, and war. There’s a character to it so large and hard to understand that I don’t find it all that surprising that those who take the idea seriously on a personal level struggle with the concept. There’s a lot to consider, and much of it is contradictory and unpleasant.

Tarkovsky struggled with these ideas, and it’s most apparent in his semi-autobiographical Mirror, a fractured narrative about his mother around the period of the Second World War. The personal struggles in the midst of the national struggle mix with his mother making every effort to survive while at her father’s home in the country and at her job in a printing press in the city. There’s a scene near the middle with Tarkovsky’s childlike avatar (also named Andrei) reads a historical letter to a mysterious woman from Alexander Pushkin to Pyotr Chaadayev written in the 1830s that includes the line, “I’m far from thrilled with everything I see around me. As a writer, I’m annoyed. As a man of discernment, I’m insulted. Yet I wouldn’t trade my fatherland for anything in the world.”

Andrei Rublev, Tarkovsky’s greatest and largest work, has really three main purposes that all intertwine. The first is the question of faith, the second is the question of the artist’s place in the world, and the third is Russia. It’s a largely fictionalized telling of the life of the famous icon painter where Rublev witnesses the awfulness of life in his fatherland in particular through the rivalry of two princes, twin brothers, that descends the entire countryside in rape and war, especially when the jealous, out of power brother recruits the Tatars onto his side. The pillaging of the city of Vladimir is one of the most impressive production accomplishments of the Soviet era (rivaling the Battle of Borodino and the burning of Moscow in War and Peace), and it has everything to do with dramatizing the ideas that Tarkovsky would later highlight with that letter in Mirror.

His third film along these lines is his first film overall, Ivan’s Childhood. His shortest film, it’s about a young boy in World War II out for revenge against the Germans who killed his family (something that Elem Klimov would build off of in his 1985 film Come and See) who does reconnaissance for the Russian army. He has dreams of actually fighting though, despite the fact he’s only about thirteen years old. The fight against Naziism is an important aspect in the minds of many Russians, especially since it was often used as a metaphor in storytelling through the Soviet era for issues Russians were seeing at home. He ultimately dies off screen, having run away from the military school he gets sent to in order to join the partisans and fight. Tarkovsky had ideas that he wanted to explore. He was derisive of commercial filmmaking, seeing cinema as purely an medium for personal expression (though he had warm things to say of James Cameron’s The Terminator before his death, saying “The brutality and low acting skills are unfortunate, but as a vision of the future and the relation between man and his destiny, the film is pushing the frontier of cinema as an art.”).

His films are not the kind of thing you pop in on a Friday night with a bowl of popcorn. They are movies to consider as you might a great painting. Is there entertainment to be had in an experience like this? It’s a question several people have put to me, and I don’t think I have a good answer. I can say that I definitely do enjoy watching these films, that I’ve seen all of them (except The Sacrifice) multiple times, and that I think they’re great experiences. I can also say that I’ll probably never try to get my children to watch them even when they’re older, nor that I will ever try to get my wife to sit through one.

They’re very particular experiences. For those open to slow, contemplative works, they can be incredibly rewarding. For those who see movies as just something to throw in on a Friday night, they’re going to be challenging to get through to say the least. It’s a taste thing, really.

That being said, with only seven films I think Andrei Tarkovsky cemented his place as one of history’s greatest filmmakers. They’re all worthy, and I outright love six of them (there’s a subplot in Ivan’s Childhood that takes up half an hour that I don’t think fits that well). In terms of IMDb ratings, I found it interesting that six of them have ratings of 8.1. The sole exception is The Sacrifice which has a rating of…8.0.