The comedian who made movies like Blazing Saddles, Young Frankenstein, and History of the World Part I, Mel Brooks left an indelible mark on American comedy.

So, of course, I’m going to talk about the one movie everyone wants to forget exists, Life Stinks.

Brooks began his career on Sid Caesar’s television writing staff (dramatized to some effect in My Favorite Year) and got into the film directing gig through his original film The Producers, cementing his career with Blazing Saddles. From 1974 to 1987 he directed six comedies, all with a certain similar comedic flair of chaotic silliness to one degree of success or another.

And then he went way off brand and made Life Stinks. It’s a story of a billionaire (played by Brooks) who has a bet with another developer that he could survive for thirty days on the streets of the worst part of Los Angeles. It’s part of a subgenre of movies of the late 80s and early 90s that I have termed “the homeless are magic” where the mentally ill of the homeless have some kind of special insight into life that those in the hurly burly life of corporatism don’t understand. Except…I’m not sure if it’s a genuine effort or a satirical take. 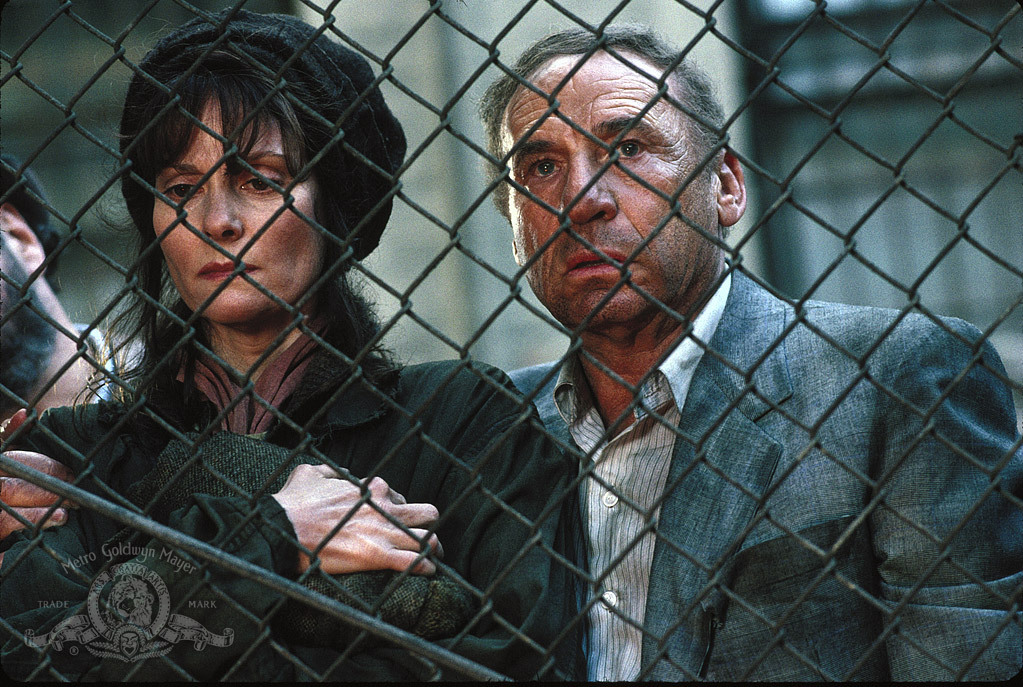 I like to let the movies I watch speak for themselves. I rarely go to find interviews of the filmmakers trying to describe what they were trying to do because if the movie isn’t doing it, their intentions don’t really matter all that much. I had to do it with Life Stinks, though. I keep saying it, but I genuinely have no idea what this movie is trying to be. One interview with Brooks, though, has made it clear:

He compares this film to both A Wonderful Life and his own Blazing Saddles. He sees this as a great issue movie like the latter (the latter is not a great issue movie, by the way) with the heart of the former. This is an earnest attempt at the genre that tried to “raise the issue” of the homeless. He talks about wanting people to come out of the theater, opening their eyes to the plight of those around them.

He wrote, acted in, produced, and directed a movie that he thought was highlighting one of society’s greatest ills, and he was laying it all at the feet of greedy billionaires. I have little love for greedy billionaires, but the issue of the homeless has too many inputs from such things like mental illness that it’s really not great fodder for some kind of wacky comedy. And yes, he makes it obvious that he thinks this movie is hilarious. I don’t think I laughed once while watching this, despite his description of a fat woman at a screening literally rolling in the aisle with laughter. 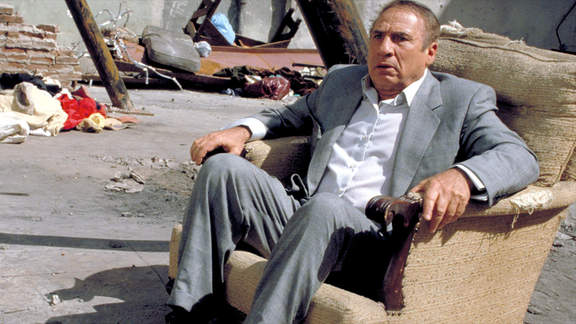 Now that I know what this movie is supposed to be, I think I can more clearly label it a failure. This film fails at pretty much everything it tries. It’s not terribly funny (though comedy is really subjective, so I’ll just leave it at that), but the stated intention of its star, writer, producer, and director is not achieved. This is not a moving portrait of the plight of the homeless. This is an unfunny farce.

The problem begins with Brooks’ main character, Goddard Bolt. A billionaire who made his fortune from a $5 million inheritance, he enters into his bet with Jeffery Tambor’s Vance Crasswell a completely different person. The ruthless, amoral, hustler, billionaire is replaced, in the blink of an eye the second he walks into the streets of the slums he’s trying to win, by a whining, directionless, bum. He instantly becomes a guy who, if give $5 million dollars, would shove it under a mattress instead of turning it into an empire. Here’s how he spends his first night on the streets, after failing to secure himself a bed in a flop house:

Does that strike you as the walk and talk of a man who turned $5 million into billions? The implication Brooks is trying to make with the $5 million to billions bit in his introduction is that he was given his station in life, but that’s not what happens when just anyone is given money. So many stories of people winning the lottery and ending up living under bridges a few years later exist. If you’re not wasteful, you put the money in safe securities, like maybe even just a checking account, and then live meagerly off of it for years. No, he made billions with it. He’s probably not a good guy, but he is a guy who can turn situations to his advantage, not the guy who meekly accepts being thrown into a dumpster on accident.

This is the central failing of the film, but there’s another one, related to the film’s comedy, that I think undermines it more. 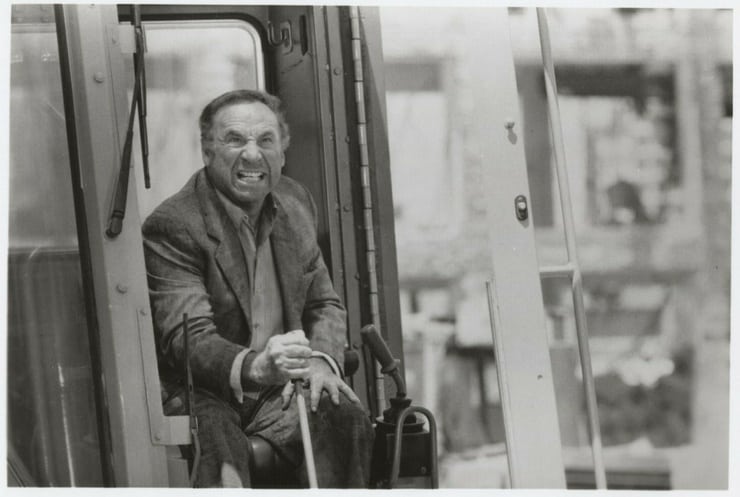 Mel Brooks understood comedy. He made funny movies from the late sixties to the late eighties, and then he made this. Life Stinks does not feel like the work of the man who made Blazing Saddles, Young Frankenstein, or History of the World Part I. It feels like the person who made The Twelve Chairs where every piece of comedy in that earlier film had been an accident. That’s the film in Brooks’ body of work I would most closely associate with Life Stinks, and I kind of feel bad about that because I genuinely love The Twelve Chairs.

The Twelve Chairs was Brooks’ second film, made before the wild dual success of Blazing Saddles and Young Frankenstein, is an adaptation of a Soviet novel by Ilf and Petrov. An ultimately very sad film about a former Russian prince who degrades himself completely in an effort to find the jewels his mother hid inside one of twelve dining chairs that had been owned by the family before the Russian Revolution. By the end, the jewels have been lost, recovered by a group of workers who used them to build a society hall for railroad workers, and the prince has nothing, being forced to resort to begging to survive. It’s also quite funny at times, mostly around a priest character gone mad with the information of the jewels played by Dom DeLuise.

I really think that Brooks was trying to recapture that kind of filmmaking when he took on the project of writing, producing, starring in, and directing Life Stinks. You can see a lot of the same elements in similar ways, but they simply don’t work nearly as well, and I think it’s because of the combination of Brooks’ narrative focus (the homeless) and his overall intention (advocacy). Take a look at this scene:

This really feels like it’s supposed to be funny. Brooks using the dirty rag, the energetic kid dancing, and then Brooks trying to replicate the dance to poor effect, it all feels desperate, not funny.

Or the above clip. It’s pathetic. It’s the dramatic low point and it’s miserably sad (the actual effect of melancholy on the audience not helped at all by the fact that Brooks’ character has been so uncharacteristically passive through the whole film), but the doctor does something in this scene that Brooks repeats in his next film, Dracula: Dead and Loving It, in a more obvious comedic context where the doctor repeatedly prescribes the same treatment over and over again. Is this meant to be comedic in Life Stinks?

I think it’s supposed to be funny, but it’s in the middle of Brooks’ lowest dramatic point, where he’s broken completely and essentially becomes mentally ill. The marriage of comedy and drama is off completely. Speaking of marriage, I have to bring up the final moments of the film.

Goddard Bolt, after having won his competition through a…checks notes…crane fight, decides to marry Lesley Ann Warren’s character Molly. The weird thing is that Molly is bipolar to the point where she cannot function in normal society, kicked out of her house by her previous husband and unable to do anything but barely survive on the streets, so, of course, Bolt marries her. She’s still got a street mentality despite being married to a billionaire and, well, just take a look.

She grabs the trailing bunch of aluminum cans because they’re worth some money. I mean…I get the intention of the comedy, but it interferes with what is supposedly his central point which is…something…about the homeless.

Mel Brooks’ message in Blazing Saddles was simple: racism is bad. That was literally it. He told that through a very straightforward western plot with a heavy use of archetypal characters as the structure on which to hang jokes of every variety. His message in Life Stinks is, I think, the homeless deserve your respect and help. However, even as Brooks portrays it, mental illness is a huge factor in what drives homelessness. Who does he blame for this? It seems like he blames the billionaire class, exemplified by Goddard Bolt, for not caring enough because they have the resources, but Bolt’s evil scheme of ripping down the slums and replacing them with a high tech, modern alternative living and commercial space gets replaced by…a plan to replace the slums with a different high tech, modern alternative living and commercial space that he will then give to the homeless for free. It’s unclear how this will treat the mental illness of Molly or any of the other characters.

And I think that’s the problem. Brooks wanted to treat the homeless issue with care, even bringing in some of the real problems that undergird it, but he also wanted a zany comedy. The clash of tones and intents is so strong that it creates one of the oddest wide releases I’ve ever seen. Without watching the Brooks interviews, I was halfway convinced that the movie was a satire of the genre that it was in. In fact, I think the movie works better as that than as the intended earnest entry. It’s just so ridiculous in the wrong ways that it can’t be taken seriously when it wants to be taken seriously.

Brooks has simply forgotten how to make a movie like The Twelve Chairs. He’s forgotten how to interweave comedy and melancholy to effective results. All he knew how to do anymore was chaotic silliness, and when he went back to try and reclaim the kind of filmmaker he started out as, his skills had atrophied to the point where he simply couldn’t use the creative muscles he needed to get it done.

Well, at least he also made Young Frankenstein. That movie is great.

2 thoughts on “Mel Brooks – A Retrospective”