I’ve gone through the work of a bunch of directors, every feature length film they ever made from Carl Th. Dreyer to Christopher Nolan. I’ve chosen directors whose work interests me, who have made films that I love. As I’ve gone through these dozens and dozens of films by recognizable filmmakers I’ve found myself processing the idea of a “great director”. Why do I easily place the label on someone like Howard Hawks and struggle with the idea of placing it on someone like Dreyer, or John Carpenter, or Sergio Leone? What makes a director truly great?

Is it a preponderance of films in their body of work that I would consider great? That seems unappealingly reductive in a way that I just reject. Art isn’t a mathematical equation, so categorization of an artist’s work can’t be a mathematical exercise either.

Is it that they never made a bad film? Well, Leone made The Colossus of Rhodes, Hitchcock made Juno and the Paycock, Bergman made Crisis, Kubrick made Fear and Desire, Ford made The Blue Angel, and Hawks made Red Line 7000. Batting 1.000 for at least good films would leave behind certain filmmakers I simply wouldn’t want to discount.

So, after some consideration, I’ve come up with this definition of a great filmmaker: A filmmaker who, upon reflection over their entire body of work, shows a consistent high level understanding of all of the tools of cinema and uses them to tell engaging stories.

Is this a scientific definition? Not at all, but I do think it fits directors like Hitchcock, Bergman, Kubrick, Ford, Scorsese, and Hawks. I do not think it applies to other certain directors like Carpenter, Dreyer, and, most importantly for this essay, Leone. For all three of those examples, I sense something is missing. 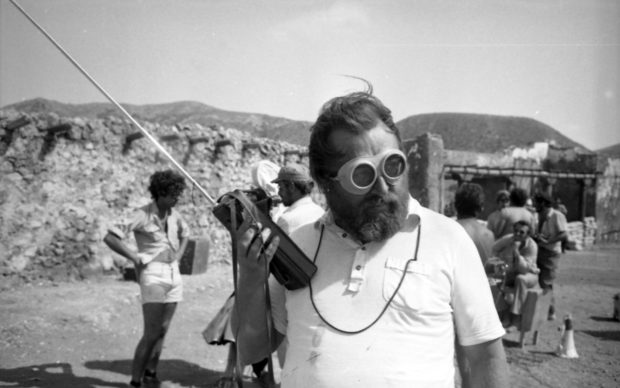 Almost none of these listed directors wrote any of their movies. There are often story-by credits but there are few screenplay-by credits, just like they didn’t design their own sets, build their own props, light their own scenes, or act their own roles. On a certain level, a film director is a manager, hiring people to fulfil roles in order to achieve a particular artistic vision.

They find a script they like, make changes to help it fit their own sensibilities. They hire a production designer who doesn’t just take the script and build but has conversations with the director about how he wants it to look and how he’ll shoot it. They hire prop masters to do the same thing with props. They hire cinematographers to talk through what kind of lighting, cameras, and lenses should be used in individual scenes but also across the entire film to create a particular look. They hire actors to find the same kind of interpretation of characters as the director. And then they send these people off to do their work, all of the work coming together in front of the camera with the director making changes here and there.

Film directors have their hand in every aspect of a film’s production from the earliest to the latest stages (through editing is a more modern variation that wasn’t far less common in the 30s and before). Would I expect a great film director to be a great screenwriter? They can be, but it’s far from required. There are directors who edit their own films (the Coen Brothers edit under the pseudonym Roderick Jaynes), and even some who light their own films (Paul Thomas Anderson did this on The Phantom Thread, though he refused the actual credit for director of photography), but ultimately, most directors are directors first and foremost. They are those managers.

What Leone was Missing

Here’s where I’m going, the reason I went down this line of thinking in the first place.

Sergio Leone was undoubtedly talented. His ability to frame a shot (along with his cinematographer) and edit a scene (along with his editor) was distinctive and effective at creating wonderful senses of tension. I don’t actively dislike his films, but I would only classify one as great. That’s not why I would refrain from calling Leone great, though.

In all but one of his films, there seems to be something key missing. Something that, if missing in a single film in a body of work, would be an oversight, but when it’s absent in the majority of his work, it makes me feel like he simply didn’t realize it wasn’t there. That he had a blind spot somewhere in the filmmaking process, and that was related to story.

Save for his last film, Once Upon a Time in America, there’s a complete lack of any kind of real core to his films. They end up series of events, often very cool events, without that much stringing them together. There are moments in two of his films (two of his strongest, in my opinion, by the way) where, late in the film, main characters finally reveal their secret motivations. Cameras slow, music swells, and performances ratchet up in both For a Few Dollars More and Once Upon a Time in the West. In the former, we finally learn the Lee Van Cleef has been out to avenge his dead sister (though the relationship was never clear until he reveals it in dialogue at this moment), and in the latter, we learn that Charles Bronson has been harboring a grudge against Henry Fonda because Fonda killed Bronson’s older brother. All last second reveals, almost like they’re there just because that’s where you put reveals not because he had been building up to them (which he really hadn’t).

Aside from Once Upon a Time in America, which I do hold as a complete package of a film (feel free to disagree), Leone’s movies all have this kind of hole. A Fistful of Dollars is essentially just fun moments strung together. A Fistful of Dynamite has a sort of center in the relationship between its two main characters, a bromance if you will, but it doesn’t quite know how to fully fulfill it. My opinion of The Good, the Bad, and the Ugly is in the minority (I don’t like it very much), but what I see is random events with a large budget and nothing tying it all together.

And that’s not even bringing up his first film, The Colossus of Rhodes which is generally a disaster. First films are fickle beasts though, so it’s hard to hold it too much against him. 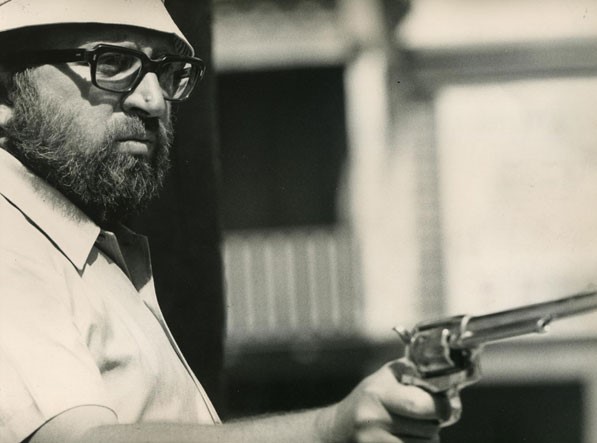 I don’t really have a big point here. This is more naval gazing on my part than anything else. I think the best thing to come out of this exercise was my definition of a great director which feels generally applicable. However, I hate the labels game in art, finding it far more interesting to talk about the art itself rather than how the art or the artist should be classified.

Mostly, this was me trying to figure out why I held back on lumping Leone in with the greats instinctually despite his obvious talent even though I am a bit cooler (not cold, just cooler) on his films than seem to be the general consensus. Do I think Leone was a bad filmmaker? Not at all. Do I think he is overrated, having had undeniable talent but lacking in important qualities that would have made him even better? Yes.

So, how am I wrong? Why is Leone one of the greats? Let me know!

2 thoughts on “Sergio Leone – A Retrospective”