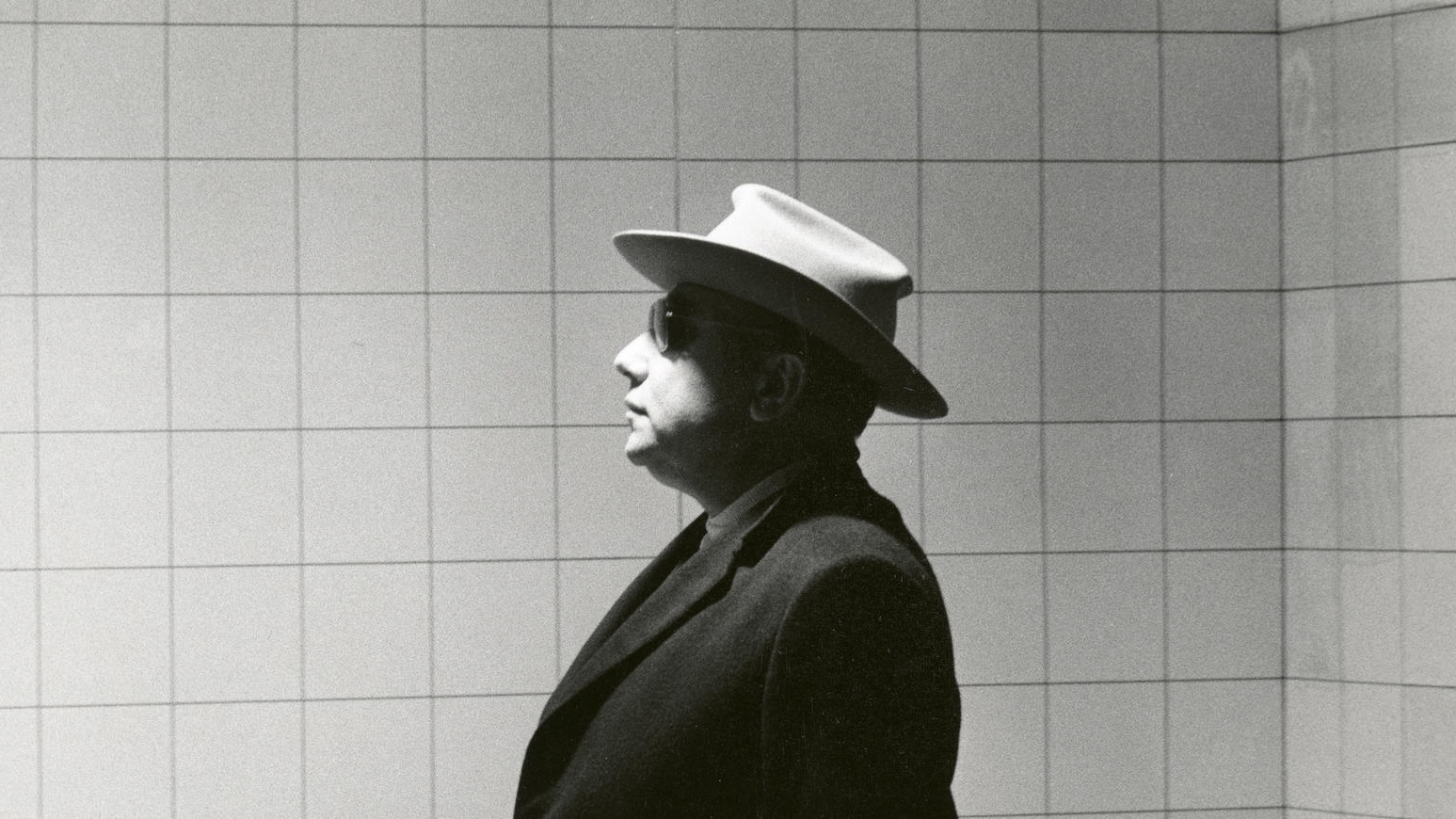 Stanley Kubrick saw two crime films and decided to never try and make another one in the genre again because, he said, they were the two best crime films one could make. The second best was Jacques Becker’s Touchez pas au Grisbi. The first best was Bob le Flambeur by Jean-Pierre Melville.

I last wrote about a foreign filmmaker who was one of the most influential filmmakers you’ve probably heard of. Now, I’m going to write about one of the most influential filmmakers you’ve probably never heard of. That would be the Frenchman Jean-Pierre Melville. His real last name was Grumbach, the son of Alsatian Jews, but he took the nom-de-guerre Melville while he was in the Resistance in World War II. He kept the name after the war and tried to enter the French film industry formally. He could not get a job as an assistant director, so he raised his own meager funds to film an unauthorized adaptation of the Resistance novel Le Silence de la Mer by Jean Bruller.

His influence stems from that first film and his tenth film, Le Samourai. Those two films had remarkable impacts on the French film industry and an entire generation of filmmakers growing up in the seventies respectively.

And yet, his most famous movie (probably Le Samourai) has no real cultural impact itself. If you know the film, you can see the ripples of its impact on the cinematic culture, but the actual impact on the water is hidden. It’s simply not a well-known film in general. And yet, it’s still one of those films that you can point to as the origin for a lot of what came afterwards in the 70s, 80s, and even 90s. Directors like John Woo, Quentin Tarantino, and David Fincher are obviously heavily influenced by Melville in general and Le Samourai in particular.

Who was this guy? Melville loved the movies as a child, but he entered military service a couple of years before Hitler’s invasion into French territory. He remained in the military until he left to join the Resistance in its earliest years, fleeing to England when life became too dangerous for him personally. He fought, he knew people who died, and France came out bruised but victorious with the help of the English and the Americans.

This life of subterfuge, secrecy, and constant threat of death obviously stuck with him throughout the rest of his life, coloring how he viewed the world and what stories he would choose to tell. That first feature length film, Le Silence de la Mer, made with independent finances, in real locations, and with almost purely natural light, was released in 1948, and the young critics of Cahiers du Cinema, in particular Jean-Luc Godard and Francois Truffaut, were amazed at the reality of what a French filmmaker could do visually and artistically without the support of, what they saw as, the decrepit and dying official French film industry’s backing.

A decade later, when Chabrol, Godard, and Truffaut started making their own films, they heavily relied on the production techniques that Melville had demonstrated in the late 40s. Melville was considered something of a godfather to the French New Wave: apart, perhaps above, but never actually within it. He was an inspiration and helped. He’s actually probably most famous for a small role in Godard’s Breathless as a successful author that the female lead interviews in one scene.

The French New Wave made its own kind of movies through the sixties while Melville made his own. Stylistically they’re generally pretty different. The films of Agnes Varda and Jacques Demy (among all of the others like Godard, Chabrol, and Truffaut), full of life and vitality and energy, couldn’t be further from the coolness and precision and attention to detail that Melville brought. Melville steadily worked towards one particular expression, his own retelling of gangster and war films entirely under his own control at his own personal production studio. 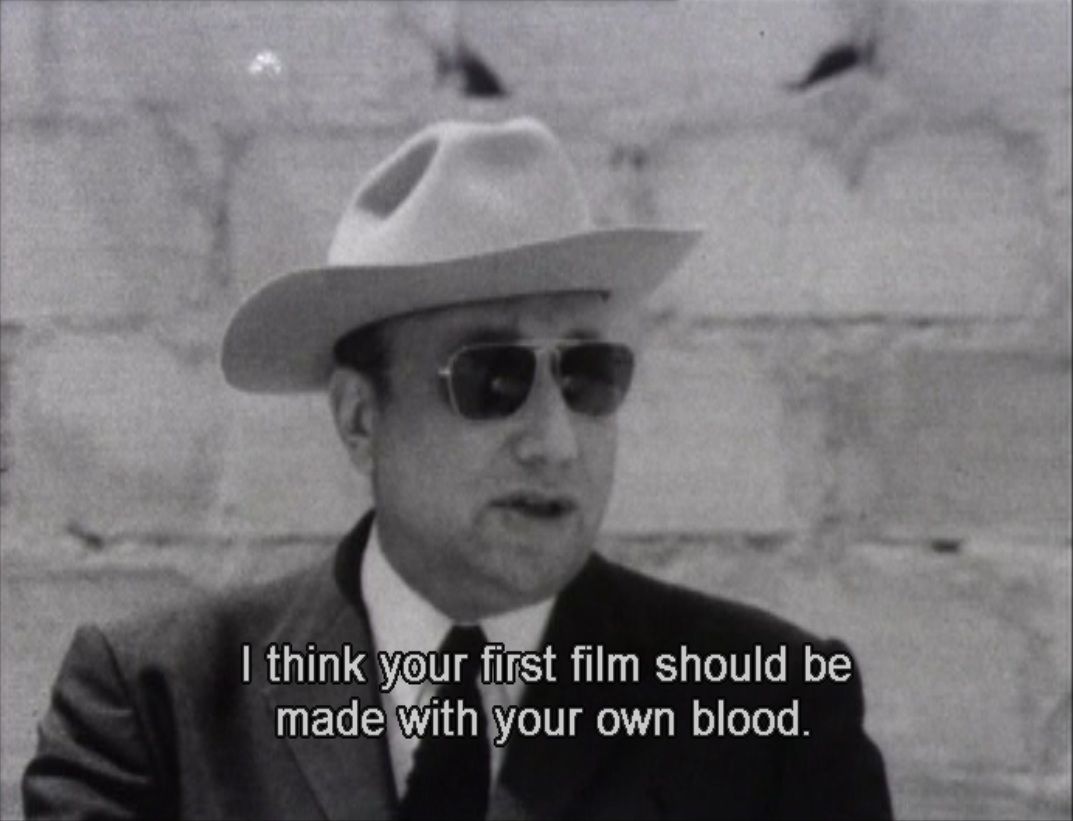 Melville is God to me…
In fact, [Le Samourai] changed a whole generation of filmgoers. Before that movie, younger audiences in Hong Kong just enjoyed Cliff Richard, Elvis Presley, and the martial arts films; life seemed simple and easy. When Le Samourai was released, however, it was such a huge hit among the young that their whole lifestyle began to change. The film had an impact on fashion, too. Take myself, for instance: I was almost a hippie, wearing long hair�Right after I saw Le Samourai, I decided to cut my hair like Delon and started wearing white shirts and black ties.
-John Woo

Looking back, I can see why Le Samourai would have had an impact with burgeoning filmmakers in the 70s. It was markedly different from most of the output at the time. It was a throwback to 30s and 40s Hollywood gangster films, yet it was also its own thing. It was completely free of melodrama but also has a subtle emotional sentimentality that rewards a certain level of attention. It’s never obvious what we’re supposed to feel, brought on by obvious use of music. It also used a lot of real locations, helpfully pointing out to another new generation of filmmakers that they don’t need everything done on a closed set.

Woo would go on to try and remake Le Samourai around 2012 (a project that never got off the ground), but Woo (despite his vast difference in cinematic stylings) paid tribute to Melville’s film in The Killer. John Frankenheimer’s Ronin is heavily influenced by Le Samourai. Michael Mann’s Collateral has a good bit of Melville’s film in its DNA.

Tarantino is obviously heavily influenced by Melville in general, and it’s a fairly wide-ranging influence as far as I can tell. It’s mostly thematic in nature. Both Melville and Tarantino dealt with moral codes in underworld environments. In movies like Bob le Flambeur, Le Deuxieme Souffle, and even Army of Shadows Melville showed the kind of hardline approach one must take when facing tough moral choices while living in constant danger of the police, other hoods, or a fascist government. Tarantino does something very similar with his characters in films like Pulp Fiction and Kill Bill where key moral choices determine the directions and outcomes of the lives of his characters.

This sort of character journey is very prominent in Le Samourai where the main character Jef Costello (played by Alain Delon) sees his very carefully curated world around him fall apart when he takes a contract killer job and everything goes wrong. When someone operates outside of the mode he understands (there are heavy implications that Costello is OCD, at the very least), he simply doesn’t understand. A girl saves him after killing someone, and he has no idea why. It proves to be his downfall.

Without the efforts of The Criterion Collection and certain prominent fans (like the aforementioned filmmakers along with people like Martin Scorsese), Melville would be largely forgotten. Once those two or three generations of filmmakers who were directly influenced by Melville pass, the French indie filmmaker will become no more than a curio. Why is that? Why is it that even with such people like John Woo, Quentin Tarantino, Michael Mann, and John Frankenheimer does Melville’s name remain somewhat obscure while Kurosawa’s name continues to live on, gaining new fans pretty easily in no small part because of the direct influence on something like George Lucas’ Star Wars?

I think the answer is twofold. First, despite Melville being an Americanophile and even having a biography written about him titled An American in Paris, his films are still very French. That can mean a lot, but I mean it in a specific way. It’s not that he made movies in France when a French cast, it’s that there’s a certain approach to characters, plot, and situations that more firmly fits the French way of telling stories than the Hollywood ones. He’s not very Hollywood, is what I’m saying. His characters ruminate. They get into bad situations and almost never get out. His endings are often bleak. There is often no hope at the end for our characters.

The other major thing is related to that in that the central characters themselves aren’t what you expect. Take Jef Costello in Le Samourai, for one. As played, intentionally, by Delon, Costello is almost a blank slate. Delon was a big French movie star. He once tried to break into American movies, his effort ending with the hilariously stupid The Concorde…Airport ’79. He was a charming fellow, and here he’s almost devoid of personality. Contrast that with someone like Toshiro Mifune in anything he made with Akira Kurosawa. Mifune was charming not only in other roles but in The Hidden Fortress and everything else he did. Melville didn’t write and direct the kind of characters one likes. He wrote and directed characters one observed.

His films were very cold (think Stanley Kubrick cold), and he offered no reeds to audiences to help them grasp onto. He dumped you into these worlds and let the audiences figure it out. His main actor that probably broke through this limitation the most was Jean-Paul Belmondo in Le Doulos and Magnet of Doom, but that was very much an exception. There is no Gary Cooper, Harrison Ford, or John Wayne type figure here. Melville’s films are far more stoic, and that creates a barrier for most people. Not everyone, mind you. Tarantino can love the film, take the thematic essence of them, repackage the ideas with John Travolta and Samuel L. Jackson, throw in some time jumping, and come out with a hit like Pulp Fiction. Melville would have told Jackson to tone it down. Way down.

So, what does that mean for you? Should you check out the films made by Jean-Pierre Melville?

It’s a hard question to ask. I think he’s undoubtedly important from a history of cinema perspective. I have great admiration for the man and genuinely love a large bulk of his work while, at the same time, I recognize that Melville definitely did not make films for everyone. It’s not a question of levels of knowledge of film or anything. It’s almost purely a taste issue.

If you can find yourself loving films with unlikeable main characters, investing in the journey emotional almost despite the void of likeability at the center of a film, then I think Melville might be someone to discover. If you need that sort of “rootable” main character, then probably not. Personally, I own roughly half of his body of work and would buy more if a couple of the better ones were available in a high-definition physical format (most particular Le Deuxieme Souffle). I also bought one of his films completely blind (Quand tu liras cette lettre…) and ended up considering it one of his best films. I’m like that. You may not be.

I will make special note of his late career Resistance film Army of Shadows. The setting of the early days of the French Resistance mesh perfectly with his cool cinematic style at a level that his gangster films (which I have great love and appreciation for) never reached. I think that Melville’s whole approach to characters was formed by his experiences in the war, discovering that those who survived in that underground one had to be in complete emotional control, and that mindset reaches its fullest potential in Army of Shadows. Check that one out for sure.

5 thoughts on “Jean-Pierre Melville – A Retrospective”