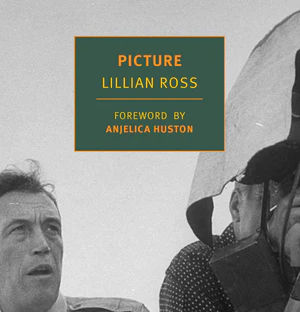 So, my mother gave me this account of the making of John Huston’s film The Red Badge of Courage for Christmas, and I’ve just finished it.

It’s a very engrossing account of the studio system, the intersection of commerce and art, and changing times all at once. Highly recommended.

However, I just wanted to note something about Huston himself. He comes off really badly in this, making me think he was something of a phony tough guy. He rides the waves made by his previous, minor successes (well, Key Largo and The Maltese Falcon weren’t really minor, but the rest of his career was populated with mostly minor successes financially, most recently with The Asphalt Jungle) while his main producing partner on the project, Gottfriend Reinhardt, fights most of the battles fought leading up to the production. Huston spends a good amount of time declaring what he wants and then going fishing while Reinhardt does most of the hard work. That’s fine, I don’t have a problem with Huston relying on his producer to do such work.

It’s as soon as The Red Badge of Courage starts screening for test audiences that Huston just deflates. Especially after a studio screening that includes William Wyler where everyone was over the moon for the film, Huston simply can’t take the audience rejection of the film he made, and after a second test screening in Pasadena that goes no better than the first, Huston simply vanishes from the book. He goes off to write The African Queen, a more obvious, star-driven vehicle that’s designed to make money (it should be noted that The Red Badge of Courage was funded by MGM, over LB Mayer’s objections, and The African Queen was an independent production partially funded by Huston himself), and the entire re-editing process happens with Reinhardt fighting as hard as he can against Dore Schary, the executive at MGM in charge of productions, to preserve as much of the original vision as possible while Huston is absent. The cutting down of key scenes, the re-arrangement of the major battle sequence at the end, and the addition of voiceover all happens without Huston around.

He got pushback, and he folded. He refused to fight for his own film, a film he seemed to have believed in, and he retreated into more popular fare to rebuild his perception of his own worth as a filmmaker.

Suddenly, the image that Clint Eastwood painted in White Hunter Black Heart feels so much more true to life than I had assumed.

So, the book was a very good portrait of the process gone wrong while, at the same time, something of an unintentional expose into the real weaknesses of one of Hollywood’s greatest legendary presences.